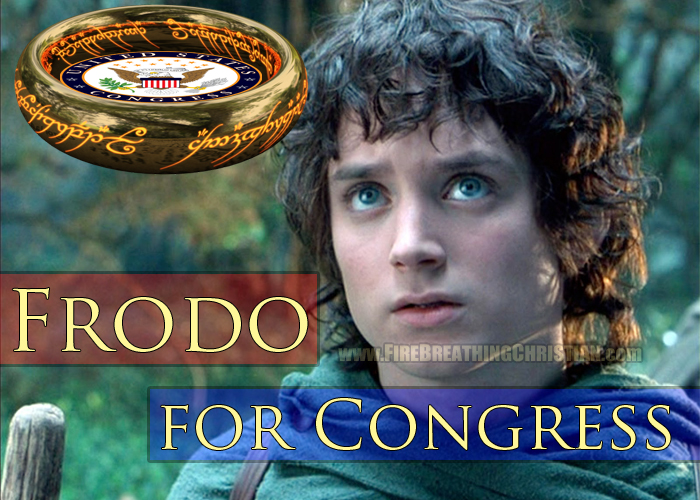 Back when the Trump Train was steaming through the Republican primaries last summer, we asked two questions:

The reason for asking had a whole lot to do with the fact that politically active professing Christians in America were yet again stampeding away from Scripture as their guide to politics and rushing into the arms of the Pagan Political Right flavor of the moment to “make America great again”.

Now here we are almost a year later.

Has been for months.

During that time, we’ve experienced a failed attempt to tweak/rebrand ObamaCare as TrumpCare, RyanCare, or RINOCare; we’ve bombed Syria; we’ve kicked the (fictional) fiscal can down the road again by raising the debt ceiling; we’ve watched the LGBTQ wave continue to roll over the culture; and we’ve seen a new budget come outta Republican-dominated DC that funds Planned Parenthood along with a million other programs and organizations openly at war with the liberty-defining Word of God.

Have we ditched the Department of Education yet?

But we did get a new Secretary for the Department…

So goes this latest chapter of American Orwellian history.

What’s the biggest reason for this unending lurch down Statism lane in America?

We want public schools, which are funded through the confiscation of others’ property and are used to teach the religion of Statism, fulfilling multiple objectives of The Communist Manifesto in one shot.

We want “help” and “safety nets” for this group and that, all funded through the theft of property from others.

And we definitely want a ginormous military through which to dominate the globe and prop up the increasingly shaky American empire.

We want to keep and use the Ring of Power.

We don’t want to destroy it.

We just want to keep it from [insert perceived/actual enemy group here].

Which brings us to Frodo.

Frodo, for those who are (sadly) unfamiliar with Lord of the Rings mythology, was charged with the task of escorting the potentially world-enslaving Ring of Power to its death. He, as The Ringbearer, was chosen for the seemingly impossible task of resisting the lure of unlimited power pulsing through The Ring long enough to take it to the only place that it can be destroyed and finishing it off there.

The Ring calls out to many along the way, tempting them to make use of its incredible power, knowing that those who succumb to its lure are inevitably warped and dominated by its power. No matter how much they may begin with good intentions, the power they weild always corrupts. It always destroys.

Which brings us back to ‘Merica, where we are still a very proud and far-from-repentant people. We still actually seem to believe that the power of The Ring (or, better put, The State) can be rightly used to interfere with every area of life.

We believe that The State/The Ring can and should be used to promote things like Social Security, a massive (and wildly unbiblical) military, and all manner of “helpful” programs that, in truth, only lead to deeper dependence and bondage (by design).

We have no desire to destroy The Ring.

We want it to take care of us. We want it to keep us from having to live as truly free people, since true freedom includes (and requires) utterly unappetizing concepts like the freedom to fail.

Nope, instead of freedom – instead of the liberty- and freedom-enabling Law of God – we want The State. We want The Ring.

We seem to want none of that freedom-requiring responsibility and maturity in America. We infinitely prefer to pretend to be free while remaining children. That’s the American Way these days – to sing about bravery and freedom on cue like a trained chimp while living in a land where the State owns everybody’s homes, babies are murdered openly and “legally” by the millions for convenience, and we are “free” to openly worship any false God that we like…all while shipping our children off to the State for explicitly anti-Christian education so that they might continue the multigenerational march toward the Orwellian hellhole that is emerging around us.

This is what The Ring has accomplished in our hands. This is where Republicans and Democrats have led us using its power.

Until we repent of our desire to see that power “used for good” and beg God for the grace to destroy it – to reject every aspect of American Statism that we’ve embraced for over 100 years – we are as pathetic as Gollum and as doomed as Sauron.

Until we start sending truly Spirit-filled, Christ-centered men to DC who are committed to destroying the Ring of Power rather than using it, we will only get more of the same as we consign future generations to a level of debt, darkness, and State-dependence from which they will be unable to escape.

So the next time someone solicits your vote for office – any office – ask them how much unbiblical civil governmental power they want to see stripped from the seat of power in which they hope to sit.

Their answer will tell you all you need to know about the way they’ll handle The Ring…and your freedom.