You’re even more likely to be a racist if you oppose Obama himself, and your chance of harboring unbridled racist rage in your heart approaches 100% if, on top of opposing Obamacare and Obama, you also believe that Congressman Charlie Rangel (D) ought to resign his position on the ridiculously powerful House Ways and Means Committee after admitting that he has made significant “mistakes” related to the reporting (or lack thereof) large sums of taxable income over several years’ time (all while constantly advocating higher taxes for others and the radical expansion of governmental power over all, of course).

Yessiree, such demands of tax-cheating Charlie would surely make you a racist.

According to a report from Marcia Kramer earlier today, as pressure continues to mount for Rangle to step down, his entire defense seems to revolve around waving the race card about while pointing angrily at all who would oppose Obamacare and Obama allies. Kramer’s article offered a variety of obviously racially-charged propaganda and racism-tinged accusations, including:

First, Gov. David Paterson did it. Now, Rep. Rangel is doing it as an ethics probe heats up.

The “it” is playing the race card. Rangel said “bias” and “prejudice” are fueling opposition to health care reform.

Already under fire for a wide range of ethical questions, Rangel played the race card in a health care forum the other night, saying racial bias against President Obama is behind opposition to health care reform.

“Some Americans have not gotten over the fact that Obama is President of the United States. They go to sleep wondering, ‘how did this happen?'”

Rangel also likened the fight to provide health care for the uninsured to the fight for civil rights.

“Why do black people have to bargain for what is theirs? Why do we have to wait for the right to vote? Why can’t we get what God has given us? And that is the right to live as human beings and not negotiate with white southerners and not court the votes. Just do the right thing,” Rangel said.

Rangel’s incendiary remarks come as the congressman filed amended financial reports to the House Ethics Committee admitting that he forgot to report millions of dollars in assets and income.

Financial forgetfulness is apparently a disease that is spreading to his staff. Two top aides — chief of staff Jim Capel and Rangel legal counsel George Dalley — are among about a dozen staffers on Rangel’s tax-writing House Ways and Means Committee that have filed amended financial reports recently. Capel did not file any financial disclosure statements for six years.

Rangel’s own forgetfulness prompted the political important Washington Post to demand Thursday that Rangel step down as chair of Ways and Means.

Said The Washington Post: “Much is expected of elected officials. Much more is expected and demanded of those entrusted with chairmanships and the power that comes with them, especially when it involves the nation’s purse strings. From all that we’ve seen thus far, Mr. Rangel has violated that trust continually and seemingly without care.”

With even The Washington Post apparently succumbing to the wave of racism that’s sweeping the nation, we can only wonder how long the brave and honorable Charles Rangel can hold out.

Imagine this, if you dare: Should this tidal wave of rank racism persist, America may soon find herself rid of both Obamacare and Charles Rangel.

How could we ever survive that? 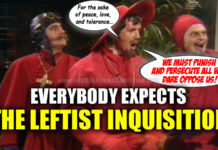 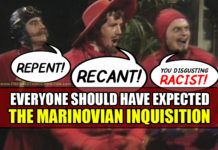