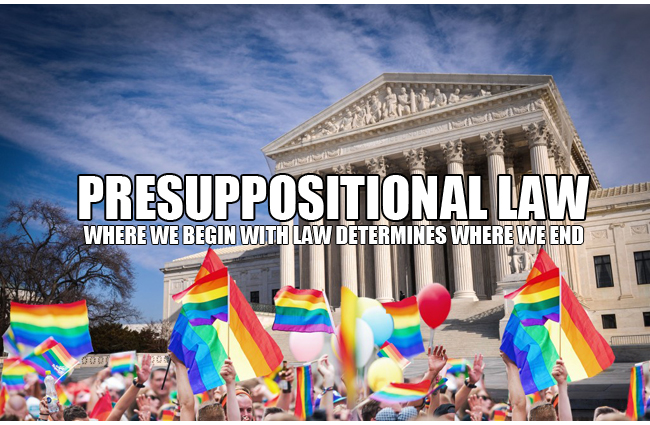 Every unbelieving “expert” and “leader” in the land  – be they of a Pagan Political Right or Pagan Political Left flavor – is all about promoting and reinforcing the notion that law is man’s and that any consideration of law here “in the real world” must begin with the assumption – the presupposition – that man is somehow, some way legitimately empowered and entitled to determine for himself what is lawful and what is lawless. (See: How’s that Pagan “conservatism” workin’ out for ya, Christian?)

How could any people so proudly consecrated to the promotion of religious pluralism produce anything better than “legal” child sacrifice and “gay marriage” at the end of the day? (See: “Supreme Court” Votes for Wrath of God Upon America)

Why would we expect any more or any better from a “land of the free” where “freedom” includes the “right” to openly worship Satan? (See: Detroit celebrates All-American “right” to worship Satan. [insert “U! S! A!” chant here].)