One of the most disconcerting expressions that I heard from Senator McCaskill was her often repeated and sickeningly nonchalant dismissal of anything resembling the concept of constitutional restraint. For Claire, it is quite clear that the Constitution of the United States holds little sway.

Making matters even more aggravating, her expressions of disinterest in constitutional limitations were often accompanied by a giggle, snicker or smirk. It was as though any serious reference to the Constitution as an actual guide in the practice of American government was the rough equivalent to citing the Tooth Fairy as an authority in matters of dental hygiene.

Often times, the eye-roll/shoulder-shrug combo summed up many of Claire’s responses to constitutional concerns before she even offered a single spoken word. The point made repeatedly was clear and emphatic: The Constitution simply doesn’t matter anymore.

The first question of the “Healthcare Listening Forum” included a specific request for constitutional support of such government involvement in the healthcare industry as that advocated by McCaskill and President Obama. This request was repeated throughout the meeting and deflected almost every time by launching into a long list of extra-constitutional policies already in place.

This program and that program were cited. Example after example of obviously extra-constitutional governmental activity was presented as proof positive that the Constitution simply does not matter.

And that was the heart of Claire McCaskill’s argument, if such a thing can be called an argument.

The fact that we’ve been ignoring the Constitution for a very long time has become the Democrat Party’s primary point in favor of going right on ignoring the Constitution. This much has been known for quite some time, but the brazen and bold nature with which this “case” is now presented by the likes of Claire McCaskill tells us something new and frightening about the current state of America.

If the Constitution is supposed to be (and is still advertised as such by even Democrat Party advocates) the set of rules by which our government is to operate, and those charged with operating said government simply dismiss these rules, then we quite obviously have a government – and, more specifically, governors – without rules. Governors like Claire McCaskill.

McCaskill shamelessly uses the “general welfare” clause to defend any government intrusion into any area of life, that is, when she bothers to offer any defense beyond simply listing the plethora of unconstitutional federal government programs already in place.

James Madison, the Father of the Constitution, had the following to say with regard to that same “general welfare” clause:

“With respect to the two words “general welfare,” I have always regarded them as qualified by the detail of powers connected with them. To take them in a literal and unlimited sense would be a metamorphosis of the Constitution into a character which there is a host of proofs was not contemplated by its creators.”

I can think of few better ways to inspire both a meaningful appreciation for the unique God-given wonder that is the United States of America and a lasting opposition to the likes of Claire McCaskill than to encourage all with a true love of freedom to learn of our history so that we might defend our heritage and preserve the very liberties that the encroaching forces of socialism seek so fervently to extinguish.

Then vote according to what you learn. 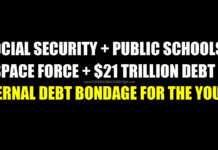 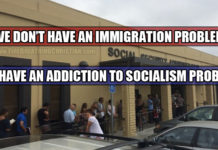 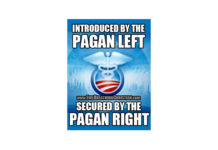