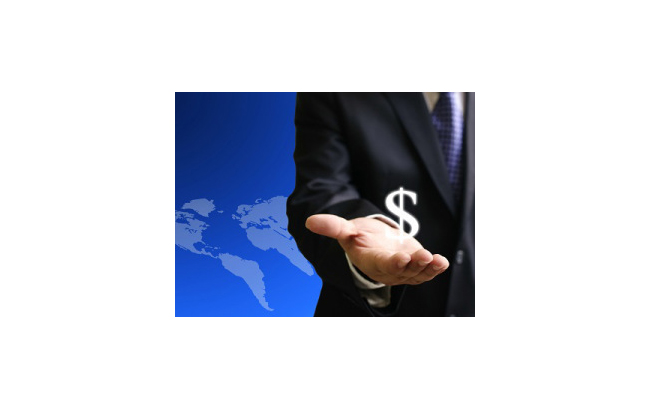 Chronicling the steady rollout of corporate America’s “mark of the beast” style economic war on those who would dare refuse to proclaim themselves “an ally” of the anti-Christ spirit that now defines much of our culture has become about as challenging as chronicling the horrible nature of (and abuses within) the public “education” system or the corrupt nature of politics in Washington DC. In other words, the only real “challenge” comes in trying to keep up with, sift through, and absorb the ever increasing deluge of increasingly clear evidence.

At this point, it should be beyond obvious that life in present day America, particularly in the business/work/economic realm, increasingly includes the open persecution of practicing Christians.

Open proclamations of Christianity in opposition to the new Corpo-Fascist secular order will not be tolerated.

Such biblical stands will be punished.

The economic war has begin.

The only way that one can miss this is to want to miss it…and many do.

As further evidence that America has been given over to Romans 1 blindness and is under the wrath of God, the “ignorance is bliss, so let’s pretend not to see what is happening” approach to defending American Pride, patriotism, and business practices from biblical truth has become common even with professing evangelicals. For most, anything to do with defining, understanding and properly pursuing business, finance, work, and profit, has become explicitly and openly severed from any biblical moorings.

This has happened as a result of one Big Lie that most in post-Christian America have come to believe.

Not only can such pursuits never actually result in true, lasting profit for a person or a culture, they will also always ultimately lead to darkness. It may take some time, and generations may live through what seem to be extended periods of great blessing and wealth attained through unbiblical approaches to economic pursuits, but ultimately judgment comes, the lie is exposed, and rebellion is broken upon the unbreakable Law and nature of God as revealed in His perfect Word.

With that in mind, our present nightmare scenario has been born of our rejection of God’s revealed nature as the standard by which we test all things. We have come to believe the lie that we can secure true, lasting prosperity by way of means in direct contradiction with His revealed nature.

The Primary Goal of Business? To Glorify God.

Here in America, we became economically doomed on a large scale as a people whenever it was that we generally agreed to reject or dismiss the notion that the first purpose and goal of business must be to glorify God.

Profit, contrary to Rush Limbaugh and his ilk, is not the chief or primary goal of business…or anything else in life.

Once Rush’s “good ol’ American conservative” rational for business’ existence was embraced as the standard by which we measure business pursuits (and it should be noted that this sad standard was actually embraced in America long before Rush hit the airwaves), we lost any rational, coherent basis for critiquing any business practice that might openly violate the ultimately unbreakable Law of God in pursuit of profit.

So it is that in our rejection of the Lord as the standard by which we measure and pursue business and profit, we have muted any coherent argument against the production of pornography, the sale of pornography, the marketing of every vice known to man, and…the open persecution of obedient Christians.

We are now about to learn (probably the hard and tragic way) just how unbreakable His Law is in the realm of economics and everywhere else.

I say “we” intentionally and specifically as a way of affixing the primary responsibility for our current economic and cultural darkness first and foremost on the professing church in America. Until and unless Christians repent of past wrong beliefs and destructive practices in the realm of business and economics, there is no reason to expect anything but the looming disaster that we all see and feel coming from finally plunging us and future generations into an era of slavery to the emerging Corpo-Fascist State. Until and unless such repentance comes, actual believers in practice will suffer ever increasing persecution.

That’s where we are at right now. In America…

…the “land of the free” (where the State owns all the land (just try not paying “property tax” and you will discover how much of a renter from the government you really are), the ruling Corpo-Statists are above the “laws” that bind you, and where every word you speak into or near a phone and every email you write and every blog you visit – like this one – is recorded by the   NSA).

…the “home of the brave” (where you dare not question what the State feeds you regarding patriotism (see: above reference to “land of the free”), fiat slavery economics, the necessity of perpetual war, the rightness of State-controlled “education”, or the legitimacy of  the”profit justifies everything” philosophy of business).

As I wrote last week in Marked by the beast: Where Christ-less economics has lead us, and what we can do about it,  The Washington Times published an article titled, In God we trust…but employers don’t; job-hunters hurt by admitting faith on resume. That piece chronicled the cost of “admitting one’s faith on a resume” in today’s American culture. Now we have news of JP Morgan/CHASE reportedly pursuing practices in line with that earlier report…and right in line with the “mark” approach to persecution that is more and more coming to define our culture through the imposition of explicitly unbiblical Corpo-Fascist economics.

Significant persecution is not coming in America for obedient Christians.

Oh, it’ll get much worse unless repentance and restoration comes to the land, but it has already begun in earnest and is ramping up quickly.

The Corpo-Fascist State is rolling down the birth canal, and we must acknowledge not only the reality of what is coming but what is already here if we are to have any hope of reversing the tide.

On the subject of “reversing the tide”, Christians need to understand and actively proclaim that this “reversal” cannot come by the works of men, but rather centers on the grace and Word of God. The Christian response to the emerging darkness that is overtaking the land must be to advocate repentance through the proclamation and application of the Gospel. Without repentance, which includes the acknowledgment of our sin, the rejection of past wrong beliefs, and the active pursuit of God’s revealed will in place of those past wrong beliefs, we…are…doomed.

The Libertarians can’t save us.

The Republicans can’t save us.

Neither “good behavior” nor “conservative principles” can save us.

Only God can save us, and that can only happen if He graces us with repentance…repentance of having not only tolerated, but actively excused, supported, and often profited from corporate and business approaches that are openly, actively waging war on true, practicing Christians.

Each year JP Morgan Chase sends its employees a survey asking questions related to management and other non-controversial issues. A longtime Chase employee told Professor Robert George of Princeton that the survey this year included the following questions for the first time:

1) A person with disabilities;

2) A person with children with disabilities;

3) A person with a spouse/domestic partner with disabilities;

4) A member of the LGBT community.

5) An ally of the LGBT community, but not personally identifying as LGBT.

This employee was alarmed to receive the final question. If he answered no, he feared, he would be opened up to criticism that may affect his employment. Only a few months ago Brendan Eich was hounded out of the CEO role at Mozilla for not supporting LGBT marriage.

The employee told Professor George he fears for his job:

This survey wasn’t anonymous. You had to enter your employee ID. With the way things are going and the fact that LGBT rights are being viewed as pretty much tantamount to the civil rights movement of the mid 50s to late 60s, not selecting that option is essentially saying “I’m not an ally of civil rights;” which is a vague way to say “I’m a bigot.” The worry among many of us is that those who didn’t select that poorly placed, irrelevant option will be placed on the “you can fire these people first” list.

With each passing report chronicling the attacks being made by corporations against anyone who stands upon Scripture in practice, I see so much of what I love trampled and so much of what I had hoped for myself and my children moved further and further out of reach. The abomination of fiat currency (Proverbs 11:1) has enabled the fiat slavery of our present system and the coming totalitarianism of our emerging Corpo-Fascist State.

And yet, even as these darkest of storm clouds build and gather above us, I cannot help but be optimistic…optimistic that by God’s grace through His repentant, broken, obedient people coming together to build their everything on Him no matter what the world says or does, we might once again build a culture that celebrates work, unleashes creativity, and produces true, lasting prosperity.

We really can have these things.

If – and only if – we will repent and believe.

May the Lord grace His people with such faith in action at this incredible time in history!