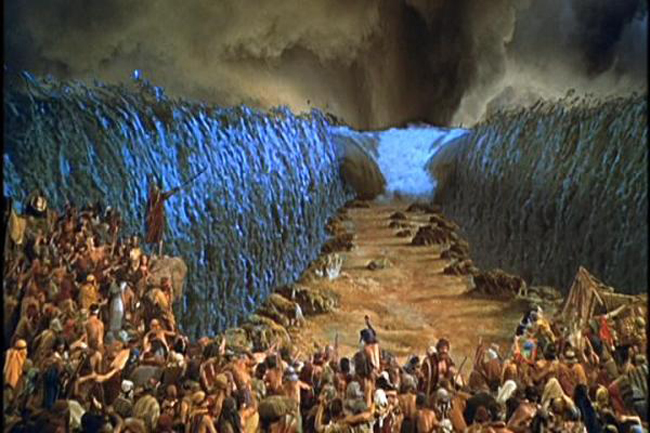 I’m still a sucker for Cecil B. DeMille’s The Ten Commandments. Sure, it has the truly special special effects that one would expect from a 1956 production and yeah, the dialogue is, at points, even more special than the effects.

And then there’s this little extra tidbit of coolness: It really happened.

The pillar of fire happened.

The plagues upon Egypt happened.

The multi-miraculous deliverance of Israel happened.

Not necessarily as represented in the flick, of course. Much, much better. (And much less schlocky.)

One of the many themes that strikes me hard every time I consider the biblical account, whether by way of a cheesy ’50s movie production or by more focused, intent study, is the nature of man. More specifically, the nature of man to pursue warfare against God no matter what he is shown or knows to be true.

I mean, when Pharaoh’s charioteers gave chase into the parted Red Sea, they did so in such a context as to describe their action as nothing short of sheer inanity.

Does this not make you think of the commonplace rambling professing atheist or unbeliever who routinely gurgles on about how “if only God would clearly demonstrate or prove Himself to me” in this way or that, “then I would surely believe!”

It’s folks like that who remind me of the fake charioteers drowned by the stroke of Heston’s hand in DeMille’s movie, and the real charioteers who perished in similar fashion before Moses and Israel much earlier.

If there is one lesson to be learned about man’s nature – our nature – from these displays, it is that we are insane with denial and delusion until and unless we fall at His feet in repentance and are supernaturally transformed by His grace from death to light – and from insanity to sanity.

We will do the most flagrantly idiotic things and engage in the most comically tragic pursuits in defiance of Him until and unless we are saved from ourselves and conformed to His will by way of His Gospel.

We are natural born God-haters until and unless He graciously saves us from that condition.

So would you or I have chased into the Red Sea upon Pharaoh’s command?

And there is nothing God could have shown us externally that would have kept us from doing so. No plague. No pillar of fire. No miraculously parted sea.

Which brings me to wonder about where we are collectively in America right now.

Do we desire God as our actual ruler in practice right here and now? In our families? In our homes? In our churches? In our communities and in our culture?

Do we actually desire to “make disciples of the nations” and teach these disciples to all that Christ has commanded in every beautiful, life-enabling detail as revealed in His perfect Word? (See: Matthew 28)

Do we even want to be those sorts of disciples ourselves?

Are we willing to seek out, find, and destroy the cherished idols in our own lives and traditions so that we might be more conformed to Him, as He has lovingly commanded His people to do?

Is He our standard and goal, right here and right now?

Or are we just another example of pride and rebellion willfully marching into the sea for destruction?

Either way, God will be glorified. Let us pray that, for His glory and our benefit, He might soon choose to break us of our pride and save us from ourselves, so that we might, in practice, actually be His people. 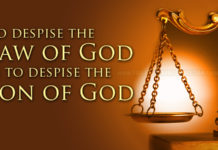 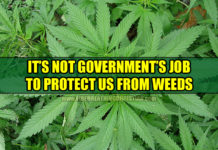 It’s Not Government’s Job To Protect Us From Weeds 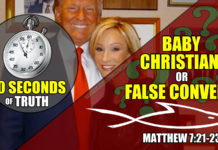