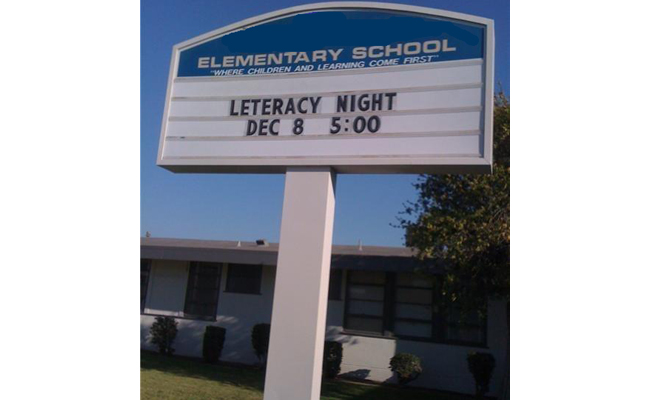 What would you think if someone at your church was to suggest that a group of Deacons or Elders take on a mission to go and observe normal business activities for a few hours each and every week at a local strip club as part of a mission to “be salt and light” to the strippers and strip club patrons? And by “observe”, I mean be right in there like the average patron, seeing and hearing everything.

Well, if you’re sane, you would think that they were nuts.

Moreover, if the person making the suggestion for this “salt and light mission” was both A) serious, and B) a church member, you would have the duty of lovingly confronting and correcting their wildly wacky understanding of the salt and light concept and Christianity in general. That process could well lead to formal church discipline, potentially including excommunication (see: Matthew 18), apart from repentance of such a flagrantly and dangerously unbiblical understanding.

In a nutshell: This would be a big deal. As it should be.

The thought of sending even very mature, spiritually grounded men with deeply rooted biblical worldviews off to immerse themselves in the normal activities at a strip club for several hours each week “for the sake of the Gospel” or in order to “be salt and light”, is absurd.

…sending ungrounded, immature, malleable, young children off to be formally trained for eight hours a day, five days a week, nine months a year, for 12-13 years in the satanic approach to the pursuit of knowledge at a State-controlled (and thus inherently State-promoting) “education” facility is…well…just awesome! (See: The Satanic approach to children’s education…as embraced by most professing Christians in America.)

It’s surely “what Jesus would do”!

Or so our State-programmed youth (and regular) pastors tell us… (See: Why is the beast of Socialism eating our children? Ask your pastor.)

Do you see the problem?

The problem with taking children entrusted to us by God and feeding them to a State-run system literally consecrated to a “pursuit of knowledge” model taken straight from the serpent’s tongue in Eden? (See: Genesis 3)

God gives us the deep, repeated, vibrant detail of His Word on children’s education – a Word that makes plain the necessity of Christ as the explicit core of that education – and we trample that Word in a man, culture-compelled rush ship off the impressionable young minds which we have been entrusted to protect, and then we dare to wonder why generation after generation of Americans only seems to be more and more flagrantly anti-Christ and pro-State? (See: The Beginning of Learning: Christ as the Essential Core of Children’s Education.)

It would be preposterous for seasoned, spiritually mature and biblically grounded men to be sent off on “missions” for a few hours a week at the local strip club, but it is somehow quite good and reasonable to send un-seasoned, un-tested, immature children off to be trained in a satanic, Christ-dismissing worldview for eight hours a day, five days a week, nine months a year, and 12-13 years?

Since they themselves were probably trained by the State in the satanic approach to the pursuit of knowledge, they will think you’re the nut for noticing.

Which fits in nicely with our little assessment here…

Which one is worse for the culture? Strip clubs or State-controlled children’s “education”?

Which is more destructive?

Which is more corrosive?

Which is more fundamentally culture-warping?

There are a lot of ways to try and measure this and, I would argue, the vast majority of them clearly present State-controlled children’s “education” as the far more fundamental, serious, and dangerously anti-Christian construct.

The very identity of the three God-ordained, God-defined spheres of human civilization – the family, the church, and the state – has been utterly lost through the propagation of State-controlled “education”.

And after generations of State-controlled education, where God has clearly required family and church to be the educating spheres of a healthy civilization, most professing American Christians have been programmed to let loose with a loud and proud, “No way!”

We can’t hand over our kids to the State fast enough.

And most of our “pastors” couldn’t be more content with that.

All while decrying things like strip clubs, of course.

And while such places are indeed worthy of condemnation and open opposition, how much more so the State-control of children’s education?

So the next time you hear some well- or little-known pastor or supposed church leader talk about how we need to send off 5-,6-, or 7-year-olds to the State for satanic worldview immersion, just ask them to defend that from Scripture. Ask them if God has actually had anything to say on the subject of children’s education – what it must be and such. Don’t let them either dodge the issue, make an appeal to their personal feelings/experiences, or yank a stray, barely (if at all) related verse out of context. Insist that they dive deep into the Word on this vital issue.

Settle for nothing less.

Be gracious, but be firm.

The minds and souls of our children are at stake here, so let us not be “embarrassed” about taking the most serious things seriously and let us not be kowtowed by our modern cultural (and satanically encouraged) obsession with feelings.

Let us be real men and women of God.

Let us repent, believe, and be saved from the Statist worldview permeating even most professing “conservative, Bible-believing” churches in the land.

May God grace His people with preachers who will preach and stand on His Word, even (and especially) on the “controversial” subject of Christ’s necessity as the life-giving core of children’s education.

May we all encourage pastors and Christians along these lines, and settle for nothing less, first for the Lord, then for our children, and ultimately for the hope and promise of a better tomorrow through active obedience to Christ the King today.