According to the Los Angeles Times, a 65-year-old Obamacare opponent had his finger bitten off by a hopeful, change-friendly proponent of the President’s plan for socialized medicine. The incident occurred at about 7 p.m. Wednesday during a fight at a MoveOn.org rally in Thousand Oaks, California.

The “We Can’t Afford to Wait Vigil” was organized and promoted by various left-wing activists affiliated with MoveOn.org, and brought out scores of hungry, pro-socialized medicine advocates as well as more than a few vocal, patriotic and tasty opponents.

It is not known if any other counter-protestors or portions thereof were consumed by pro-Obama activists.

As reported by the Times, Senior Deputy Eric Buschow of the Ventura County Sheriff’s Department described the reported altercation between the pro- and anti-Obamacare advocates as having “started with their difference in philosophy over healthcare reform.”

A heated argument ensued and the men began fighting. “At which point, one man bit off the left pinky of the other,” Buschow reported.

The injured anti-Obamacare demonstrator then drove himself to Los Robles Hostipal for treatment.

It is not yet known whether the bite has caused the Obamacare opponent to convert to pro-Obamacare status, though his situation will be closely monitored over the next 24-48 hours.

As of this writing, the pro-Obamacare zombie responsible for the attack is still at large and is likely to be hungry, angry and completely committed to change. 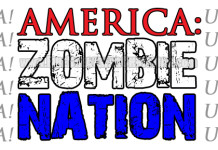 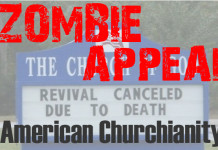 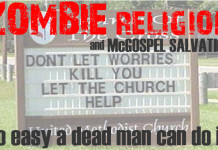