Sometimes the ugliest of new seven syllable words can express the most beautiful of sentiments.

In this case, reference is made to the wonderfully, if unintentionally, illustrative one-time “Republican” candidate for the U.S. Congress, Dede Scozzafava.

For those who missed out on her recent fifteen minutes of fame, here’s the rundown:

Dierdre R. Scozzafava was chosen by the Republican Party chairs in the 23rd Congressional district to be the party nominee for a special election to fill the seat once held by John McHugh, who resigned the position in September of this year in order to assume the office of Secretary of the Army. As a pro-infanticide, pro-homosexual “marriage” candidate, she was branded as one of those lovely “moderate” Republicans that liberals adore and was exalted by such champions of “moderate” Republicanism as Markos Moulitsas, founder of the Daily Kos blog site.

So there the G.O.P. went again, nominating another “Republican” willing to support the intentional targeting of innocent children for murder and the obliteration of the God-ordained institution of marriage.

This is what being a “big tent” party means, and this is why the Democrat Party loves a Big Tent Republican Party.

They love it ‘cause when that party wins, the Democrat Party wins, and make no mistake, the Democrat Party aims for nothing short of total victory at every turn where the advancement of the anti-Christian “progressive” agenda is concerned. Their worldview is important to them. It matters. It is everything. As such, they will do anything to see it triumph. The ends always justify the means…and very often those means come in the form of a slightly tweaked variation of the Dede Scozzafava plant.

You see, the “progressive” movement plays to win.

Sure, they prefer and most often work openly through candidates wearing a Democrat badge, but if a “Republican” will tow the progressive party line, that’s cool too.

In much the same way as they love to embrace and work through professing Christians who are open to infanticide, the legitimization of homosexuality and the establishment of an Almighty State, so too will these “progressive” folk latch onto and promote the same in a professing Republican.

They understand that beliefs matter much more than labels, so when they play to win, they define winning as the advancement of their worldview, regardless of the political label attached.

Once upon a time, American Christian conservatives understood this.

Fortunately, and thanks be to God, they seem to once again be coming around to that perspective.

In this race for New York’s Congressional seat, grass-roots, front-line, in-the-trenches conservatives took one look at the Scozzafava being offered up and said, “Nuh-uh”.

Hoffman ran as a third alternative to the two “progressives” promoted by the two major parties and, as of this writing, is poised to win over both.

Scozzafava had the formal endorsement of the Republican Party, Newt Gingrich, the pro-homosexuality Log Cabin Republicans, the largest labor union in the state of New York (New York State United Teachers) and scores of other Party and “progressive” leaders.

These people desire the advancement of conservatism, and they will vote accordingly. It’s not complicated, really.

These people know that when the Dede Scozzafavas of the world win, however they label themselves, conservatism loses.

These people know that there is no more time for games. They know that America can be lost and is precariously balanced on the edge of oblivion at this very moment.

With their ascent and the subsequent derailing of the Scozzafava campaign, we may again be witnessing the emergence of a worldview-driven Republican Party.

Whatever the case, we are definitely witnessing the emergence of a worldview-driven conservative voting bloc. Whether the G.O.P will embrace and benefit from this development remains to be seen.

As for Dede, well…just days before the election, she dropped out of the race.

And endorsed the Democrat nominee.

What could possibly be more picture perfect and instructive than that end for the Dede campaign?

So thank you, Dede, for everything. After all, whatever may happen come election day, you may well have done more to save the conservative Republican Party than any other single person in recent memory. 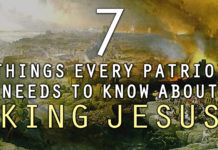 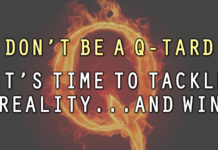