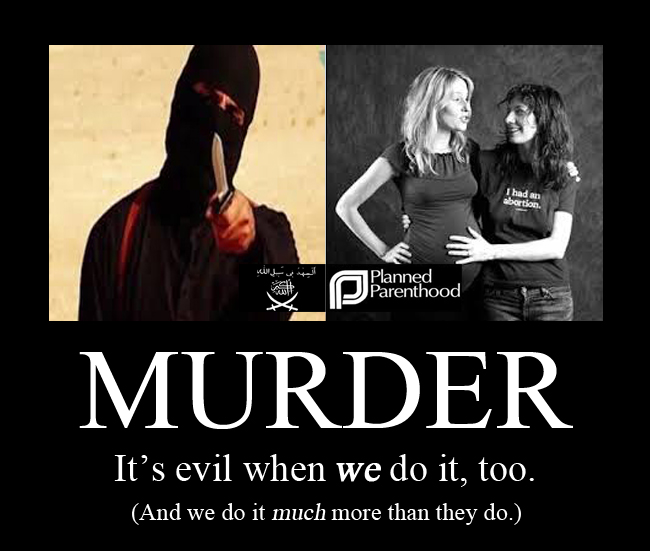 Why, exactly, is what the Islamic State is doing over there in the Middle East objectively wrong, evil, and bad, while, at the same time, here in “the land of the free” and the home of the NSA, we celebrate and defend the “right” to feely, easily, and conveniently murder and dismember innocent children by the thousands each and every day?