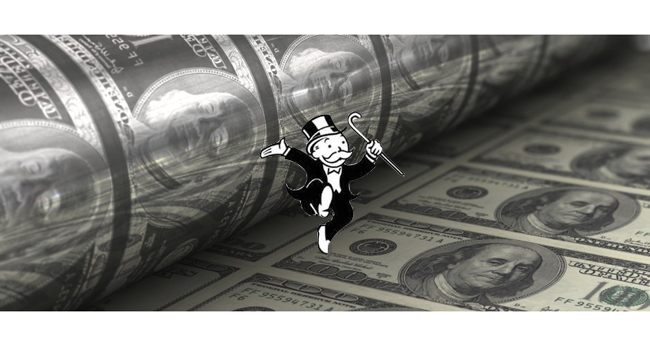 So once again we have the illusion of stock and certain asset wealth preserved through the further dilution of the dollar…for now. Of course, this can’t go on forever. It must end, and end very badly, as all biblically abominable pursuits must (see: Proverbs 11:1). But, in the meantime, more pain and the (purposefully)  increased threat of State dependancy is brought to those struggling under the bottom of this unholy Ponzi Pyramid.

Fear not, stock holders! The Monopoly money printing presses are here to save you (and bury the rest of us)…again.