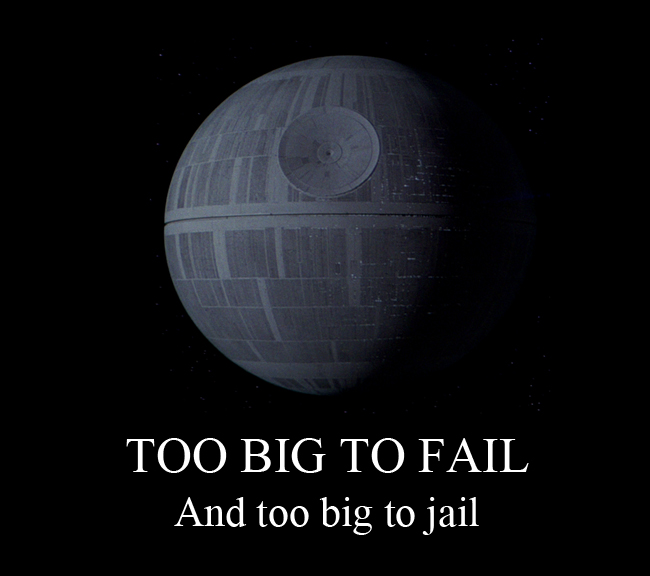 Every wonder why certain people, businesses, corporations, and governments can again and again and again pursue the most obviously risky sort of behaviors and then, when “the gig is up” and the house of cards finally collapses, the folks that made the moves and decisions to pursue the insane approach to economic growth, wealth, and power, are rarely, if ever, held accountable for their actions?

We do need to ask and answer the questions as to why the present socio-economic system is led by people who act radically and dangerously to shape the world as they see fit while acquiring incalculable riches for themselves, all while remaining personally immunized from the consequences of bad (and often catastrophically bad) decisions and policies that they may pursue, advocate, or enact.

As Christians, we should be the first and most vigorously opposed to this system – a system build upon a foundation described by God as “an abomination” (see: Proverbs 11:1).