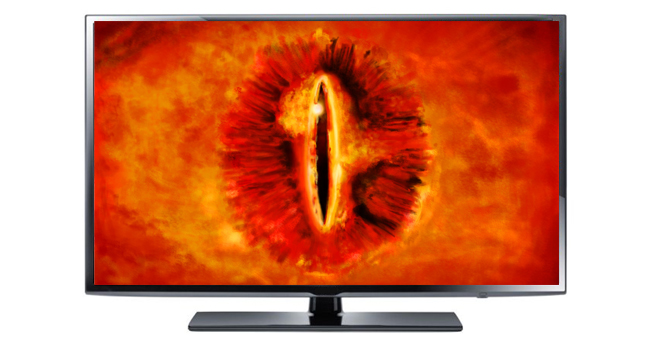 When Dr. Laura Schlessinger described gay and lesbian parenting as “inferior” to heterosexual parenting in a newspaper column printed in May of 1997, the reaction of those kind, loving folks at Forces of Tolerance HQ was swift, brutal and merciless.

For daring to take a stand that would elevate the God-ordained family model even slightly above the homosexual alternative, Schlessinger was savaged. She was branded a bigot, painted as a reactionary fanatic, described as a threat to the progress of civilization, and directly equated with Adolf Hitler. You know, the usual.

It really should come as no surprise that the cornerstone of human civilization—an institution ordained by God even before He commissioned the earthly church—would be squarely in the crosshairs of every foot soldier, lieutenant, and general engaged in waging the progressive war against biblical Christianity.

The impact of radical liberalization has been plain as day for as long as I’ve been alive. More often than not, this new spin on “progress” has come to define life itself—in every area and at every turn. All with the help and “leadership” of the professing Christian church, of course.

My parents were typical professing American Christians in the 1970s. They attended a Methodist church that was roughly as attached to biblical truth as Bill Clinton is to a wedding vow. They divorced when I was four and my brother was one, after my father ran off with another woman, who was pregnant with my soon-to-be-born half-brother.

Anyway, my mother won custody of my brother and me, though she was ill-equipped to raise children after the breakup of the marriage. Consequently, he and I ran wild, pretty much doing whatever we wanted, whenever we wanted, however we wanted.

It was a few years into this toys-and-cookies-on-demand lifestyle that I remember sitting up one night—no doubt way too late—and rolling through the channels on our television. Without much of a father influence around, I had become a sci-fi and monster flick kind of geekchild, and happily so. I was surely churning through the TV programming in search of a Godzilla movie or Dracula flick. I just loved those things. And they went great with Cheetos. (But then again, what didn’t?)

I can only imagine what the look on my face must have been as I sat spellbound by the vicious collision I’d just witnessed between two armored warriors locked in pitched battle, the lightning quick blow from one sending the other helplessly somersaulting through the air. It was magnificent!

The pain inflicted on the vanquished combatant was clear from the expression of humility and defeat etched across his face. The victor stood proud, having won the day completely, claiming ownership of the field of battle at least for that moment through the brutal incapacitation of his beaten enemy. This was impressive stuff.

The conqueror strutted off the field triumphantly. The crowd cheered. And from that moment forward, I was a miraculously converted Oakland Raiders fan.

As precious as this memory is to me, and as thoroughly as the silver and black still courses through my veins, this is not how boys should be introduced to anything.

How ridiculous is it that, even as I wrote this little snippet the first time, I didn’t even notice the fact of television being allowed to introduce a child to something—anything—in an unsupervised setting. And this little diddy was set in the 1970s, folks. Just ponder for a moment what millions of unsupervised children in America are going to experience tonight by way of the ever-present, perpetually-active Idiot Box.

It’s not just a babysitter anymore. It’s more. Much, much more.

It’s the greatest mass mega-marketer of virtually every vice known to man.

For the most part, the center and heart of family has been broken. It’s been abandoned and has long since died throughout the great majority of our disintegrating civilization. Where once a Bible served as the centerpiece of an American “living” room, now occupying that prime position is the audiovisual gateway to hell that is contemporary television. And it is doing all it can to kill us. Fortunately, ours is a God who is all about restoration, regeneration and resurrection.

Resurrection is just what the family concept needs in America, and that makes our God just perfect for this situation. Through Him, and only through Him, the otherwise impossible task of family renewal in America is well within reach.

These families—God-ordained and God-defined families—are essential, and we can have them again. But only if we submit to His instruction and take up His standard.

Let’s take a moment to remember how impossibly beautiful family can actually be, so that we might carry with us at least one precious glimpse of the treasure awaiting us on the other side of the necessary struggle to come.

Grandchildren are the crown of the aged, and the glory of children is their fathers. ~ Proverbs 17:6

Like arrows in the hand of a warrior are the children of one’s youth. ~ Psalm 127:4

Once upon a time, men were men, women were women, and both seemed to not only be okay with this, but they liked it quite a lot. More than a lot. They loved it. And they loved each other. All in a manner approved by the Southern Baptist Convention, of course.

Consequently, they loved their life. All of it. Not all of the time, maybe, but close enough to seem crazy from a contemporary perspective.

These men and women would come together to build homes; not the brick or wood kind, but the people kind. They would then seek to have and raise children. Many children. As many as they could have…and then they’d want more.

They loved their homes.

They loved their children.

They loved their God, and it was their love of and devotion to this God that had made all the rest of it possible. Life was good.

Older family members were lovingly tended to and taken care of by the younger. Their wisdom was treasured. Little boys and little girls basked in the glow of their stories, experience, and hard-earned depth.

They all lived, loved and laughed together.

They even ate together.

Are you feeling sick yet?

Is this all just a little too Little House on the Prairie for you? Or maybe a lot?

Don’t sweat it; that’s a normal reaction to the sight of God’s plan for families in action from a contemporary secular perspective.  It happens all the time. It’s called “improper emotion sickness,” and while Dramamine doesn’t do much for this form of disorientation, there is a solution, so try to relax. We’ll get to it shortly.

This is just a hyper-Rockwellian fantasy spin on history, you might be thinking. But you’d be wrong. And I think you know it already. I think that we all do.

We all know that God gave us something of matchless beauty and power in His ordination of the family, and that we, as we tend to do with every good and precious thing entrusted to our care, have profoundly trashed it in every way imaginable (and then some). So we like to pretend that those vivid, detailed family pictures painted in His perfect Word are completely detached from reality; rendered impossible by the “more factual” representation dictated by the prevailing views of the time in which we now live. We’d never say it out loud—God’s Word being “completely detached from reality”—but we definitely think it. And we act accordingly.

We divorce at rates in perfect harmony with the openly anti-Christian folk roaming the landscape.  We know that homosexuality might technically be a problem, but we love Will & Grace. We value children like the culture, meaning: We murder and defend the right to murder innocent babies just as the world does.

When we do let them live, we abdicate our responsibility to raise and educate our children in an explicitly Christ-centered manner, instead shipping them off to State-controlled schools for Christ-less “education.”

We define success just as the world does, exalting the pursuit of careers, education, titles, cars, and houses well above the pursuit of a large and growing Bible-centered and happy home.

In short, we are the world. There is no discernable, substantive difference. So what is the solution to all of these profound problems and “improper emotion sickness” too?

Is it a new ten- or twelve-step program?

Maybe a cool set of acronyms to help you memorize a new ten or twelve step program?

Could it be a cool new hip and relevant ministry aimed at helping you realize your best family now by repainting your Christian faith with a bluesy, jazzy new perspective?

Sorry folks; that’s the only real thing I’ve got to offer here. (And, actually, I’m not really sorry at all…and you won’t be either.)

Celebrating and Defending the God-Ordained Family

He answered, “Have you not read that he who created them from the beginning made them male and female, and said, ‘Therefore a man shall leave his father and his mother and hold fast to his wife, and the two shall become one flesh’? So they are no longer two but one flesh. What therefore God has joined together, let not man separate.” ~ Matthew 19:4–6

“There has only been one man in history who did not have a family.  Interestingly, this man’s ‘aloneness’ was the occasion upon which God first used the phrase, ‘it is not good…’ (Genesis 2:18) Moreover, God soon remedied Adam’s aloneness by making ‘a helper fit for him’ (Genesis 2:18 ESV).  Since then, we have all been born into families.” ~ Voddie Baucham

If so, then you and I can begin laying the groundwork for this fantasy scenario’s realization by submitting to every pronouncement God makes through His perfect Word where the subject of family is concerned.

This will include horrifyingly politically incorrect things like…*gasp*…defining gender roles and then defending those definitions from the inevitable assault that they will inspire from The Forces of Tolerance and “progress”.

We’ll have to actually say that State-controlled Christ-less “education” for children is…evil.

We’ll have to actually say that those who disagree with God are…wrong.

This is where the breastplate piece of that “whole armor of God” set will come in real handy (see: Ephesians 6). Calling homosexuality wrong, for example, will always inspire the swiftest of responses, and it won’t be pretty. Just ask Dr. Laura.

Advocates of homosexuality have a seething disdain for the God of Scripture and those who would dare give voice to His truth. So be prepped and primed for those reprisals; they are coming.

We all know that there’s a war going on, and we all ought to know that this war, at least from the enemy’s perspective, extends right on into our front doors, through our living and dining rooms, and straight into our bedrooms.

The home front in this war is literally the home front. Our only hope to claim victory on this battlefield, as with every other, is contained in the perfect Word of God.

So are we going to work, build, and educate our children in accordance with that life-sustaining Word, or in opposition to it?

The answer to that question will determine the course of the culture war…beginning with our own homes and families.

entitled On Family Value: The Common Believer’s Defense of the Home Front.