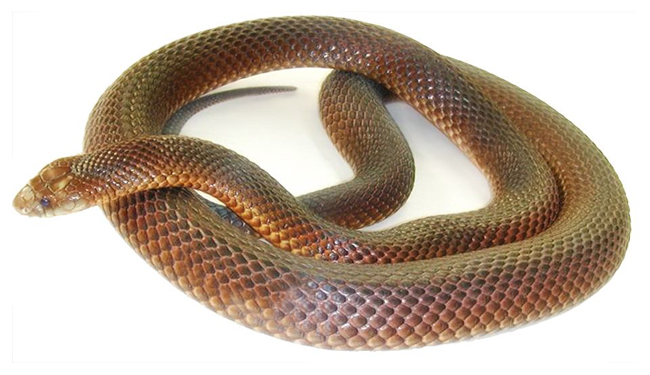 So there I was, sitting through the second of two similar Tennessee State House hearings on the subject of education, in which Marc Tucker addressed two different Education Committees, when it hit me (again).

The “it” in question was this: We apparently have no idea as to what education is, much less what a “good education” might be.

Because in hearing after hearing, presentation after presentation, and conversation after conversation at the governmental level, the “experts” and “leaders” involved in debate and deliberation never seem to seriously (or even casually) ask the most important question of all: What has God said in His perfect Word on the subject of Children’s education?

We don’t wanna hear it.

What other explanation can there be?

I mean, we use these Bible things to swear people in and as legislative/governmental ornaments all the time, so it’s not as though the Word in question is exactly hard to find. It’s quite handy, actually. ‘Bout as much so as a thing can possibly be, when you stop to think about it.

That’s how flagrant our hypocrisy has become.

We claim to want to “solve problems” and we claim to believe that the Word of God is perfect and sufficient for every good work, yet our approach to “solving problems” sure seems to demonstrate that we do not actually believe these things at all in anything resembling a logically/biblically coherent manner.

This self-serving incoherence is why we have ornamental Bibles and ornamental Christianity as staples of a proud American culture at war with God.

So then what is the purpose of education?

What is the goal of education?

What defines the purpose and goal of education, if Scripture is not to be our clear, detailed foundation?

For generations now, we have been conditioned to believe that the answer to these questions centers on ourselves – the Christ-optional pursuit of knowledge for our benefit as we see fit. This has long been the norm in America. Yet even this “self-serving” approach to our conceptualization of education has been thoroughly molded by outside forces that are hostile to our well-being and the well-being of our children, all of whom are viewed as commodities and resources to be exploited like paper from trees or hamburger from cattle.

The Corporate American State has for generations now vigorously encouraged us at every turn to believe that the standard by which we should measure the value of education must first be directly related to how well it conforms to the desires and meets the needs of the Corporate (-owned) State. This is another way of saying that we have been programmed to measure the value of education first and foremost by how it will aid is in acquiring a better place (job) in the Corporate State’s system of systems, with that “better job” resulting in our being rewarded with more material comfort enabling dollars – dollars made effortlessly out of thin air by the money-printing elites atop the system. (See: Fiat $lavery – We have been bought and paid for…with nothing.)

The value of education – indeed our value as people – is thus directly defined by our perceived value to the system – a contrived system built upon the abomination of fiat currency and a variety of explicitly unbiblical economic/educational/cultural concepts designed to quite literally enslave us.

And where is God in all of this?

Nowhere, of course, and purposefully so.

God is an optional extra, at best…for now.

So it is that in our abandonment of the life giving Word of God on economics and education, and the pursuit of “self-serving”, money-driven approaches to the same subjects, we’ve left ourselves wide open to the systematic manipulation and abuse of those atop the Christ-less systems that dominate the present (and temporary) age of rebellion.

And these enemies of Christ and Christians have been more than happy to take the control that we have given them.

Now let’s consider this overarching reality in light of what both liberal and conservative activists are aiming to accomplish on the subject of education in legislatures across the land.

Here in Tennessee, as with many states across the (former?) Republic, the subject of education is a top tier hot button issue. Common/Commie Core is the headlining education lightning rod of the moment, but there are many, many other thoughts, concepts, and philosophies pertaining to children’s education being advocated by this and that group across Tennessee and America, both from outside and within governing bodies at the state and federal level.

As the debates rage and the political bullets fly, one great and tragic irony is that the vast majority of “education” advocates of all political stripes – including the far Left, the far Right, and everywhere in between – tend to be in agreement as to the primary purpose of “a good education”. They all tend to measure and define “good education” first and foremost in light of it’s ability to help its recipient acquire “a better job” for the purpose of “making more money”. This is Number One. Everything else is secondary, at best.

Again and again, this point is made clear. It is emphatic. It is at the pinnacle of importance and at the center of understanding as to the purpose of education. The ability to “get a good job” and “make more money” is the first necessary test applied to any educational pursuit.

This approach to education is destructive in many profoundly life- and culture-warping ways, including:

So maybe, just maybe, “jobs and money” aren’t the most important things when it comes to evaluating and understanding the concept of education. Maybe the serpent was actually lying to us when he proposed that knowledge could be properly and beneficially pursued apart from it being explicitly centered on God at a foundational level. (See: Confronting our Satanic Approach to the Pursuit of Knowledge.)

Maybe following the serpent on this one is a bad idea.

And maybe it’s our fault as Christians first, because we have abandoned the Word and in doing so we have encouraged a watching world to do the same.

Maybe it’s not liberal New York, California, or Illinois’ fault that the culture is bleeding out before our eyes.

Maybe it’s not the Muslims, the gays, or the Progressives that are playing the leading role in our looming cultural death?

Maybe it’s the unbelief in practice of “Christians” in the “Bible Belt” of the “Christian nation” of America who are first and most responsible for our most desperate and rapidly deteriorating condition.

Maybe we as Christians actually have to repent of our rebellion and our enabling of rebellion in the critical realm of education before there can and will be any real hope for any true solution.

Maybe then we can coherently encourage and insist upon biblically submissive Christians to take bold biblical stands for the life-giving Word of God (ad every other subject) in the realm of government.

Maybe then we will begin to find our way to biblically defined family, church, state, and hope.

We will not have Christ as Lord in practice.

Which is precisely why we are circling the drain and on our way to hell as a culture…all while loudly and proudly claiming to be a “Christia nation”, of course.