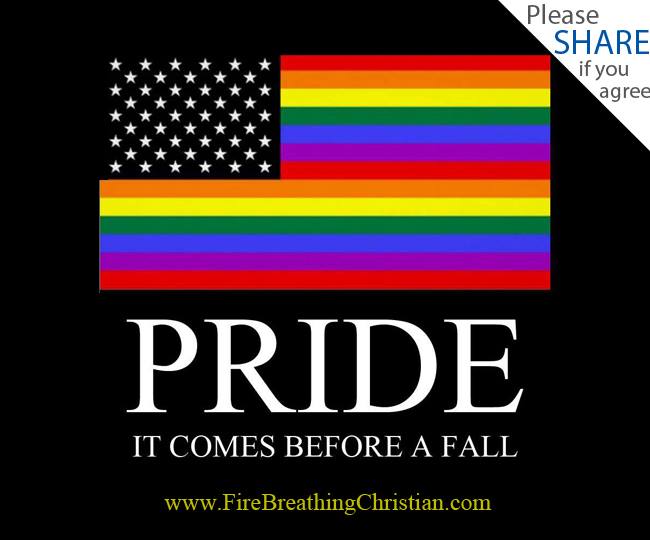 So Indiana “conservatives” recently passed a “religious freedom” law, Arkansas just followed suit, and other states (like North Carolina) are considering the same.

And man, lemme tellya, there’s a very real sense in which I want to be behind these efforts. I really do.

I wanna combat the anti-Christian rape and pillaging of our culture as much as anyone. I want to see the enemies of Christ confronted, corrected, and conquered in every realm of creation, beginning right here on the raging American cultural battlefield, if at all possible.

And it is possible.

Really and truly, it is.

But in a post-Christian American culture where even 90+% of the professing Christians have been programmed to believe that the culture is inevitably doomed and impervious to the Gospel-fueled Great Commission, such things as winning the culture for Christ are perceived as being waaay beyond bizarre. Believing in the possibility of victory and triumph in culture through the changed lives of individuals saved by the grace of God though the supernatural Gospel is seen as downright delusional. Dangerous, even. (After all, if the culture gets worse, that just means Jesus is coming sooner, right? And why would we want to slow that down?)

We have and will continue to dive into the significant eschatological (“end times” view) contribution to our rotted out zombie of a civilization in other posts. For now, let’s focus on the concepts of law and civil government as they’ve been allowed to rot and decay in America.

While there’s a lot that is tragic, a lot that is surreal, and a lot that is downright comical about the currently unfolding collapse of American culture, one of the most ridiculous parts of the whole program is the way that professing Christians keep trying to go about the process of “defending Christianity” and “saving the culture” not by making clear stands on the Word of God, but by perpetually opposing that crystal clear Word through never-ending appeals to fundamentally anti-Christian concepts like religious pluralism.

As in: Tolerance for false gods and the worship of false gods.

As in: A thing that the God of actual Christianity despises. (See: Openly Reject God’s First Commandment? YES! WE! CAN!)

Even so, here in 2015 America – a culture oh so proudly built upon the cherished idol of religious pluralism – we’ve become so thoroughly desensitized to the open worship of false gods (epitomized by our exaltation of the State as god in practice) that we can’t even understand how any other approach to religion, worship, or gods could even be real, much less codified in law…even if just such an approach is advocated with excruciating clarity throughout the very Bibles that most “Christian conservatives” talk about believing in as the actual Word of God or something.

So, with the simple, clear, unwavering Word of the God of creation tossed out the window in favor of the great error of the Founding Fathers (who were such a blessing in so many other ways), what are we left with?

Pretty much nothing. Nothing that will ever be truly effective, anyway.

Oh, we have a whole lot of ultimately powerless “values”, “principles”, “traditions” and the like that we routinely pitch, parade about and imagine will somehow save the day. But, at the end of that day, our appeals to pluralism-friendly American “values” and “principles” that have been purposefully separated from explicit reliance upon Christ will never do anything but further cement our cultural losses while charting an ever-speedier route to future decline.

It all seems so flagrant and so obvious when the Bible is taken seriously, so why do we keep doing this? And why are we “shocked” when it never works and things only get worse in the long run?

Why do we continually, relentlessly, redundantly keep trying to make this religious pluralism thing work in spite of the crystal clear proclamations of God that it cannot and will not ever truly work anywhere in His creation?

And this is ‘Merica!

We make the rules ’round here!

In these parts, we rule…or so we like to imagine and tell ourselves.

This is the way actually we think now: That God and the Bible have “their place”, and we have ours, ours being ‘Merica and the government of ‘Merica. Even (and sometimes it seems especially) the most conservative professing Christians in the land seem to be the most adamantly opposed to Christ as King in practice here and now.

We will not repent. Repentance is for Muslims, gays, and Democrats! Good conservative, Founding Father adoring professing Christians have no need for repentance, don’t ya know. (See: Will we repent or will we be destroyed?)

And why will we not repent?

So, rather than begin to take seriously the battle for the realm of law and government, seeking through the Gospel-fueled Great Commission to bring it into life-saving conformity with the nature of Christ as revealed in His Word, we continue to rebel and protect the very god (and associated parade of gods) that is killing us.

And the “killing us” phase of the pluralists’ game has now advanced to the open persecution of obedient Christians phase. (See: Corporate “Mark of the Beast” Rollout Continues.)

To which professing Christians are responding with attempts to “protect” obedient Christians from said persecution by way of…more laws enshrining and defending the awesomeness and beauty of religious pluralism. (See: Mosques over America: Will we live by the First Commandment or die by the First Amendment?)

Is the actual God of Scripture real to anyone involved here?

As in actually God, ruling in practice right now, right here and everywhere else in His creation?

If He is real, might we not be best served by simply obeying His clear Word on the subject of religious pluralism (and everything else)?

Well, no, of course not! This is ‘Merica!

We’re way too proud for that.

So instead this week we’ve seen Indiana and Arkansas pass (and North Carolina seriously consider) vague, watery, weak, legislative appeals to protect, among others, Christians from, among other things, anti-Christian persecution.

Of course, with a legal/cultural foundation formally built upon documents and concepts that will not explicitly submit to Christ as Lord in governing practice, these efforts do nothing but continue the long established trend of trying to defend Christians and Christianity without even formally acknowledging (much less submitting to) Christ as King (or anything else, for that matter). With that satanic principle in place, all that is left for even the best of legislators to do is try to wriggle and wrestle with the satanically constrained language enough to somehow, some way, offer Christians some semblance of at least temporary relief and protection in the building storm of anti-Christian persecution…while dispensing the same protection to every Satanist in the land, of course. (See: Well color me satanic and call me America! (Or: How our cherished religious tolerance for false gods will ultimately kill us.)

That’s what happens when you ditch First Commandment truth for First Amendment idolatry. (See: The America Idol: How “Christians” Worship and Enable the Anti-Christ State)

While we may be tempted to think and desperately wish to believe that these moves in Arkansas and Indiana have a real chance at saving – or even beginning to save – Christians (or anyone else) in the culture, the Word of God makes plain that salvation of anyone or anything apart from repentance and submission to His Word is impossible for any individual or culture anywhere in His creation.

He owns it all.

It all operates by His Word.

There is no alternative route to true, lasting peace, joy, or prosperity for anyone or anything in His creation apart from His Word. And yes, this also covers ‘Merica.

Right now the enemies of Christ in the culture seem to understand and appreciate this unbreakable reality far more than those who profess Christianity.

They stand for their false gods, they stand upon their counterfeit truths, and they champion their religious pluralism and tolerance…all as effective weapons through which they might punish any who would dare remain true to Christ the King in practice. And they are greatly enabled by “conservative Christians” who worship at the foot of Thomas Jefferson and the Constitution as the gold standard in law givers and law, rather than submitting to Christ and His Word in that manner.

In this context, it’s easy to see why the sad attempts of professing Christians to shield themselves with anything but the clear Word of God only seem to secure increased contempt from our enemies and never-ending defeat and retreat on the cultural battlefield.

Maybe if we stood for our God as though He is God, we might be able to actually shield ourselves from the building storm around us.

Maybe if we believed our God is God and acted accordingly, we could do much more and much better than that.

Maybe if we believed our God is God and trusted Him enough to obey His Word and embrace His Gospel-fueled Great Commission, we might one day, by His grace, actually win some minor, major, and gigantic cultural battles ’round here.

We might triumph, by His grace, for His glory, and according to the promises of His Word.

But nah, for now we just roll with more of the same satanic approach to things…

And where is this getting us?

What do we see offered from the most virulent enemies of Christ in response to our flagrantly unbiblical and supremely limp-wristed approach to “defending religious freedom”?

Well, the good, tolerant folks running places like Seattle (with its openly gay mayor) and Apple (with its openly gay CEO) have come out in a predictably squealing, threatening and decidedly intolerant (of Christianity) tone, with Seattle refusing to fund city business related travel to Indiana and Apple threatening to…well…be even more (pro-) gay.

So tell me this, Christian: Do you think that our continuing refusal to rely upon the Word of God in law and government will enable or curtail this long trend and steep downward trajectory? Do you think that the standards of men and the embrace of religious pluralism will help us or hurt us from here on out?

Do you think that we are anywhere near ready to repent of our idolatry yet, or do we need to suffer much, much more under the weight of our rebellion before we will be broken of our pride and finally submit to Christ as King in practice…one individual supernatural salvation and grace-enabled act of obedience at a time?