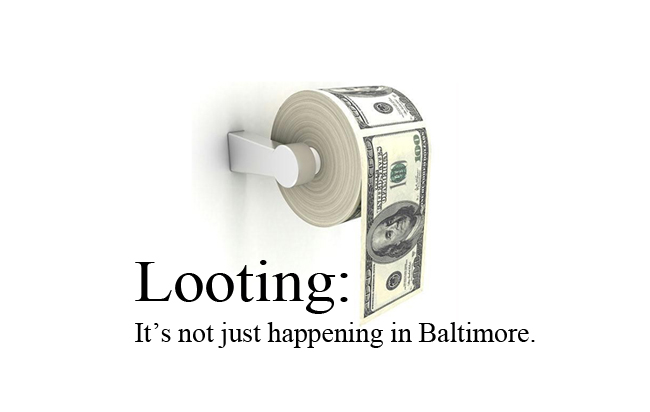 This is what passes for truth and stability in law, liberty, and justice when things like law are presumed to be up to man to define and apply here in the real world. When the Nature of God as revealed in His Word is deemed a nonessential starting point for understanding anything – including law – that thing is set “free” to drift into the then-insatiable pull of man-centeredness and destruction. Once the tether to God’s Word is cut, whatever it is that has been “freed” in such a manner will be inexorably pulled into the black hole of secularism.

With that noted, I’d like to take a sec to consider one group who have little appetite for obeying God when it comes the application of law in detail here in “the land of the free” and the home of the NSA. The group in mind here are those professing Christians in America who have been placed in a position of significant material comfort, and, as such, tend to have little appetite for understanding, much less critiquing, the fundamentally unbiblical foundations of our economic system. (See: Fiat $lavery: We have been bought and paid for…with nothing.)

Let me be plain before continuing about a few things: First off, Scripture speaks with clarity on economics in a manner that embraces and empowers freedom, liberty, and the pursuit of profit. Profit is not inherently evil, though the love of money is the root of all manner of evils. Identifying the rank corruption of our present economic system is not to be confused with an indictment of the things that have been corrupted – things like business, profit, currency, and economics itself. Business pursuits, profit accumulation (and wise, Kingdom-advancing use), and currency are not problems in and of themselves. Quite the contrary; each of those things is beautiful and good when pursued in a manner consistent with God’s Nature as revealed in His Word.

Truly free markets and the empowerment of individual entrepreneurship limited by nothing but the loving Word of God are wonderful, life- and civilization-enhancing things. Work is a uniquely wondrous thing. We were made for it. It is the systematic perversion of work and everything else associated with economics that has come by way of our unbiblical foundations for economics that needs to be addressed – and corrected – by Christ’s ambassadors on this earth, all in accordance with the Gospel-fueled Great Commission:

And Jesus came and said to them, “All authority in heaven and on earth has been given to me. Go therefore and make disciples of all nations, baptizing them in the name of the Father and of the Son and of the Holy Spirit, teaching them to obey all that I have commanded you. And behold, I am with you always, to the end of the age.” ~ Matthew 28:18-20 (emphasis added)

With those clarifications made, let’s consider the aforementioned group of folks who, from positions of material comfort, just don’t want to acknowledge, much less address or correct, any of this economic foundation stuff from a biblical perspective.

This group of folks is but one piece of the overall puzzle, but, particularly in light of the Baltimore riots (which themselves are happening in a broader context of rapidly escalating “lawlessness” in the land), they seem a good reference point to gaining a better understanding of how it is that we got to this point in America.

How is it that a “buffet style” approach to Scripture-based foundations for law became so popular and commonplace in America?

How is it that we can on the one hand be “all for” applying some of the “obvious” truths of God in some realms of law (think: murder, theft, and even homosexuality), yet have zero appetite at all to see His perfect, binding truth applied to the foundation of our economics?

Well, one thing that we’ve already touched on as at least a part of the explanation is the fact of material comfort and/or prosperity. We can all surely understand and relate to the temptation not to test a thing in light of Scripture if that thing seems to be serving us well at the moment. If an area of life seems to be going well for us (by our standards), we tend to have little appetite for testing that area of life in light of the Word…especially when we know enough about that Word to know that the way we are approaching the area in question is at quite possibly at odds with Christ.

Not-so-surprisingly, this selective, buffet-style approach to Truth is picking up steam and playing a major role in our current cultural implosion.

One specific example or type of our selective desire for God’s law to be honored comes by way of some who profess Christ, have been blessed (or cursed, depending on God’s purposes) with material wealth and comfort, yet have no appetite for testing the foundations of the economy that has temporally (and temporarily) treated them to such relative comfort. Many of these folks tend to embrace a very convenient, if unbiblical, “this is just how things work in ‘the real world'” approach to life…at least the areas of life – like economics – in which they are personally comfortable at the moment.

So it is that when many of these folks hear the pleas and proclamations of Christians who dare to criticize the foundations of an economic system that has treated them so well, rather than go to the Word to test those criticisms (and therefore the economic foundation of America itself), they instead attack the Christians appealing to Scripture as somehow out of touch with reality or “taking Christianity too seriously”. Worse still, those wishing to deflect any serious biblical examination – much less correction – of America’s economic foundations often resort to tagging those Christians making such appeals to Scripture as being closet commies or lazy or some similarly vile thing. This open slander of those honestly seeking to bring the light of Christ to economics is one great and tragic example of what “the love of money” can and has produced in abundance in America.

Yet what is it that these same folks want when rioters and looters begin to head toward their neighborhoods?

Oh, they want law! Law, law, law! And all based ultimately on the Bible, of course! “Thou shalt not steal” and all o’ that…

And what do these good conservatively inclined, often Republican, Tea Party, Rush Limbaugh loving types want when government seeks to once again redefine law in a manner that doesn’t suit them? Like in the case of “gay marriage” or property rights or whatnot?

Well then the professing Christians in this usually “conservative” crew make all sorts of appeals to “Christian values”, “Christian heritage”, and even Christ Himself.

So, obviously, they want the Law of God at some level sometimes…just not in the places that they feel comfortable with that Law left out of the picture.

No, when it comes to Christ’s Law in those areas – like economics – they’re all about not taking Christianity “too seriously” and not trying to actually, actively obey Christ as King right here and now. He can be Lord “in their hearts”, at their church buildings, and in their prayer times, but not over the foundations of an economic system that has made them so very comfortable.

The bottom line for these folks (and all of us at some level, if we’re honest), is: Jesus can be Lord over what we want Him to be Lord over, but being obedient to the rest of His Word is something that we can just save for later in Heaven or whatever.

This is the approach that is killing us. This is the approach to God and Law that Christians have taught the culture to follow by example, and until Christians lead the way back to true sanity and prosperity through repentance and submission to Christ as King in practice over every realm of life right here and now, we are (and should be) doomed to follow the path being charted for us even now by those atop our openly unbiblical economic system. (See: Problem>Reaction>Solution: Why we will beg to have our freedoms taken away and go to war forever.)

So when a Christian makes a biblical critique of the foundations of American economics (or anything else), and pleads for repentance and restoration of that realm by the grace of God through the power of His Word, I would encourage believers to listen, test, and submit every criticism and concept in play to the perfect light of the perfect Word of Christ the King…no matter how much it hurts in the short run.

If we truly love the Lord, our children, our grandchildren, and even America itself, we will strive to biblically confront and correct the vital culture- and civilization-shaping realm of economics in a manner that glorifies God and benefits His people right here and right now…while there is yet time. (See also: How to truly love (and really save) America.)