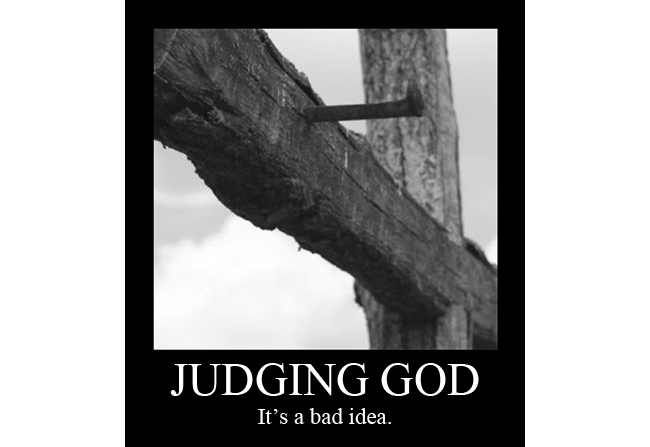 [Tweet “All sin is a result of prideful man’s pursuit of autonomy. To judge God is to epitomize arrogance and rebellion.”]