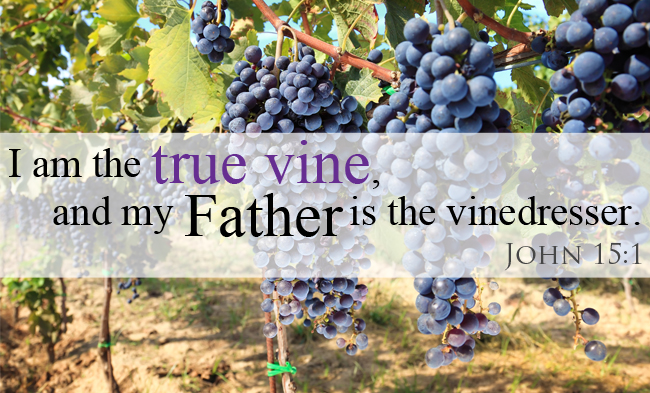 One of the most beautiful, awe-inspiringly amazing truths of God’s plan for His people is that they are saved by His grace alone through faith alone in His Son alone.

Now that is grace…and that is justice.

The death of Christ on behalf of His people completely honored, satisfied, and cherished the law and justice of God while perfectly demonstrating the matchless grace of God.

This is one of the most fundamental (and mind-blowingly beautiful) truths of the Gospel. It is also a truth largely lost and rejected by most of the professing church in America today.

The modern American man-centered gospel has God setting aside justice to pursue some warm, fluffy notion of man-centered “love” or “grace”, winking at sin and “freeing men from the law” so that they can do pretty much whatever they like however they like whenever they like without having to worry about doing anything but claiming Christ as their personal Savior and get-out-of-Hell-free card.

It is in this context that the natural man’s inherent hatred of God’s Nature as revealed in His Word and Law is then enabled and encouraged to continue on in rebellion…all in the name of Jesus, love, and Christianity.

This is now the norm for professing church in America.

It lets conservatives and liberals alike go about their merry little way, doing what they want how they want whenever they want, without  the pesky constraint of any desire to seek and submit to Christ the King in practice. Christ is okay as a Savior, and even maybe as a Lord later on down the road in whatever Heaven-ish thing is coming, but as actual King over every realm of life right here and right now? No way!

The gospel should have “set you free” from any desire to seek and submit to His Law? Don’t you know anything?

And with that we have, in a nutshell, the gospel as represented and applied in life by the vast majority of professing Christians in America, including most who proudly attend “good, conservative, Bible-believing” churches.

But is this gospel the Gospel?

Or is it another gospel offered by another author in direct opposition to the Great Commission?

Testing All Things…Including Our Gospel

If you even begin to address the relationship between the justice and grace of God, or the Law as an object of affectionate pursuit on the part of the truly saved Christian, most professing Christians in America will recoil in disgust, more often than not making it plain in any number of ways that they have no interest in or appetite for knowing, much less applying, the Law of God.

The bottom line is that they hate it just as much as anyone else.

Which oughta tell us something…like, maybe, they aren’t any more supernaturally saved than all of the other folks out there who openly hate the Law of God.

After all, how do we even have a Gospel command to repent without identifying what it is that we need to repent of?

Does repenting and turning from sin in practice matter right here and right now?

If not, why is God judging sinners here and now? Why is there any need for repentance in practice here and now?

And how do we even begin to honor the Great Commission command of Christ the King to “make disciples of all nations” and “teach them to do all” that He has commanded?

What, exactly, has He commanded?

Where do we find this information?

Can we even begin to define, much less obediently produce, “disciples” who “do all that He has commanded” without seeking and applying His Word in every realm that it addresses?

There is no Great Commission without the active pursuit of understanding and application of His Word.

Everything in His Word is a revelation of His personal nature.

The Law is not merely a set of rules. His Word on economics, politics, business, and education is not just a collection of really good (or even divinely inspired) ideas on those respective subjects. His Word on these things is a loving revelation of who He is.

This is why His personal nature is central to any right understanding of anything in His creation…including law, economics, family, sexuality, and everything else.

This inescapable reality is why, when He supernaturally saves His people, he gives them an appetite and love for the Law that they once despised and rejected. Their appetite is not aimed at accomplishing or sustaining their salvation. It is not aimed at earning anything, including His favor. Rather, it is inspired by a love for who He is personally…as reflected in all of creation and clarified authoritatively in His perfect Word.

All true Christians are supernaturally saved and imbued with a love for the Law of God, since that Law is a revelation of the very One who saved them by His grace and for His glory.

This is why every time a true Christian is asked in Scripture to consider the question, “Am I really saved?”, the answer always centers on testing one’s profession of faith in light of their desire for obedience to the Word in every realm of life. That is the test for true saving faith that we are given by God in His perfect Word.

Ironically – at least in light of our present culture’s warped version of Christianity – it is our hatred of the Law that exposes our opposition to the true Gospel.

We Americans like our gospel in a nice little box. (See: Christianity in a Box: Containing the Contagion of Obedience to Christ.)

We want it to save us from Hell and give us the hope of hanging out with departed loved ones and all o’ that good stuff, but we have no interest in being saved from our self-referential standards. We want a gospel what will just let us do what we want to do. We want a gospel that will let us pick and choose which parts of Scripture to take seriously.

The trouble with this gospel is that it isn’t the Gospel.

And this is why we have the America that we do today.

Today the thought of making the Gospel a centerpiece of our political, economic, or educational considerations is laughable.

It is ridiculous to the pagan ears hearing of such a thing…and it is equally ridiculous to many professing Christians, many of whom are, no doubt and in light of the Scriptural tests cited earlier, actually unbelievers themselves (which is all the more reason to share the Gospel with them again and again, even in political, economic, and educational contexts).

The professing church hates the Law and Great Commission as much as anyone else…but she is more responsible than anyone else. Judgment begins with the house of God.

Lord willing, He will move His people to repent and believe in practice, striving to do all that He has commanded in every realm of His creation, right here and now…while there is yet time…