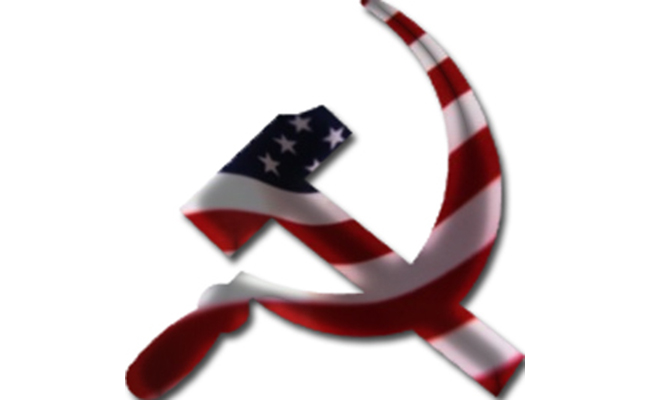 You might be a Socialist Republican if…you routinely vote for candidates who have no intention of actually dismantling Social Security, Medicaid, and the rest of the Welfare State.

You might be a Socialist Republican if…you are a fan of programs like Social Security and Medicaid.

You might be a Socialist Republican if…you believe that State-controlled “education” of children is a good thing.

You might be a Socialist Republican if…you routinely vote for candidates who have no intention of actually dismantling the NSA or the IRS.

You might be a Socialist Republican if…you think that when Socialism is wrapped in the American flag, the star spangled banner somehow magically makes it good.

You might be a Profoundly Delusional Republican if you think that when Republicans promote and preserve Socialism, it’s a good or “necessary evil” kind of thing, but when Democrats do the same, well…that’s just terrible!

As a former and recovering “Republican first” guy myself, I point to these hard truths first for love of God, then for love of my family (and hope for its future), and finally out of a love for this land and those who might, by God’s grace, face these hard realities head-on, repent accordingly, and then finally be able to take the only actions that can truly save this culture.

It is in this spirit that I am compelled to plead to my Brothers and Sisters still clinging to chains of Republican idolatry:

Stop being a fool.

Stop being a tool.

Stop playing the game long enough to recognize that it is, in fact, a game – a game designed to redirect your opposition to the growth of the American Corporate-Fascist State into practical support for the same.

Stop for a moment, ignore every word spoken or written by anyone (including me here) on these subjects and look only at what has and is now being done.

Take an honest, unflinching adult survey of what the national Republican Party has actually done for many generations and what it is actually doing right now.

Ignore the “conservative” rhetoric, and just look at Social Security…or Medicaid…or public “education” (to name but a few of many examples of Socialism in practice in “the land of the free” and the home of the NSA).

What “conservative” Republican leader is openly for the abolition of any of these profoundly State empowering and citizen enslaving monstrosities?

What have the Republican Party and its supporters actually accomplished with regard to individual liberty and freedom through things like the Orwellian named “Patriot Act”?

What have the Republican Party and its supporters actually accomplished with regard to free market capitalism through the “new normal” of ginormous bailouts for “too big to fail” businesses their investors?

What have the Republican Party and its supporters actually accomplished with regard to the promotion of the Christian work ethic and private property opportunity through the trillions in ongoing fiat-currency fueled inflation of stock and asset values to the great benefit of those comfortably atop the American Ponzi Pyramid?

The truth is staring straight at us.

We need only have the courage to face it and the personal humility to admit that we have been played.

We’ve been played, fooled and used to promote in practice the very thing we claim to oppose in word and theory: Statism.

How has this happened?

The answer that question is also painfully simple and clear:  We have become willing accomplices to the great evil that is about to fully devour our culture because we have abandoned Christ’s nature as revealed in His Word as our guide in practice.

We don’t think His Word on economics is for us.

We don’t think His Word on children’s education is for us.

We don’t think His vivid, detailed Word on the roles and responsibilities of the three spheres of human civilization – the family, the church, and the state – are for us here today in 2014 America.

And, most importantly, we definitely don’t think we can “win” here and now by actually repenting of our past rejection of Him in practice and openly proclaiming Him as our perfect guide in every realm from politics and economics to education and law.

The best term for this whole approach to life is unbelief.

We simply do not believe Jesus.

Until and unless this changes, we are, and should be, doomed.

Until and unless we are graced with repentance, there will and should be no restoration.

Oh, there’ll be plenty of exhilarating political theater and puppet shows to watch, and hours upon hours of talk radio with which to distract ourselves in righteous indignation at what those evil liberals/Democrats/progressives are doing, but, at the end of the day, for as long as we continue to play along, this well crafted dog and pony show will only continue to lead us exactly where it has been purposefully designed to take us all along.

We are on the road to Statism…Republican style.

Democrat style, too, of course, but they’re all a part of the same buffet.

But all leading to the same end: Anti-Christian Statism.

Wrapping Socialism or any other anti-Christian worldview in the red, white, and blue of “old glory” doesn’t make the evil thing good. It makes the flag a conduit of evil.

Lord willing, His people in America will repent, believe, and be graced with cultural restoration right here and now…one supernatural salvation at a time.

Please check out other posts at the Fire Breathing Christian Blog site.

For book excerpts and other (hopefully) cool things, head on over to www.FireBreathingChristians.com.