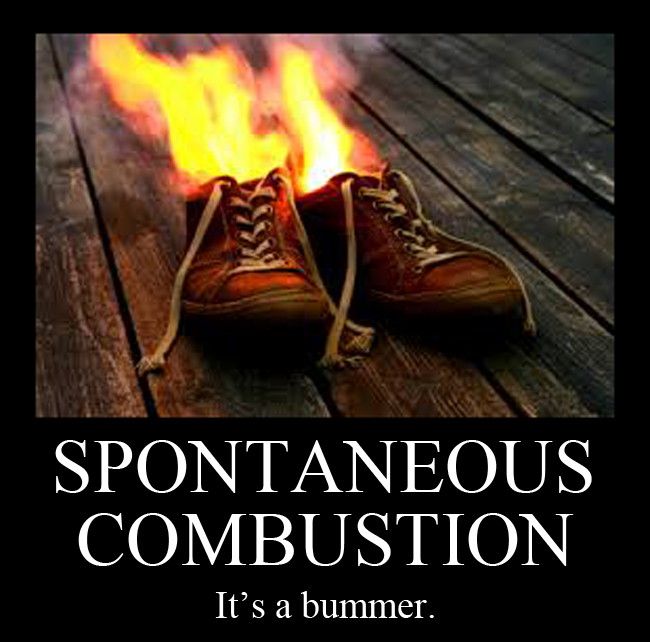 One of the saddest realities in all of this is that we don’t even seem to much question the inevitability of our own doom anymore. We just sort of assume it’s coming and try to make the best of things ’til it arrives to finish us off. The trajectory has been so bad for so long that it just is. The unspoken motivation for our relative silence and inaction tends to be that we simply do not believe that there’s anything that can actually be done about it – at least not in a way that has the truly world-shaking power or permanence needed to qualify as a real solution. We no longer believe that the tide can be turned, and, hand in glove with the sad embrace of that suicide-by-autopilot concession has come the sorry notion that the best we can hope for is the pragmatic preservation of as much personal comfort as we can muster ’til the end finally comes.

It is in the context of our uniquely American setting – living in the United States and knowing, even now, so many of its blessings – that we find ourselves even more responsible for what we see (and so often complain about) happening all around us. We have been given so much – freedoms and liberties the likes of which were unthinkable for the vast majority of people ever born, and as we have neglected our responsibility to keep those freedoms in the one and only perfect light of His truth, we have escorted them along the way to their slow demise and are about to witness their formal burial.

Rome is burning, alright. And we lit the fire.

Silence is golden. Silence is precious. Silence is key; the key to maintaining and expanding all of the wonderful “progress” that has been changing the face and foundation of America for around 100 years now, and with the endgame so near after so much hard work, we just need to keep our minds and mouths shut for a little bit longer. One by one, the realms we’ve surrendered to secular supervision have fallen, and fallen hard…all by design. Family…church…economy…community…art…literature…business…politics…

We lit the fire of our freedom’s end when we bought into the lie that any realm of thought or action should – or could – be kept safely sequestered from being subjected to the lordship of Jesus Christ and that anything good would then come of it.

The defense of God’s truth is a life-long process, one meaning of which is that when a people stop vigorously defending that truth, they stop truly living. They die. And where America was once a nation shaped most by those who loved, lived, and defended the most beautiful, deep, and challenging truths of Scripture, we have now allowed her to be shaped by those with the least knowledge of Scripture and the lowest regard for its value. More often than not, we’ve voted such people into power…enthusiastically.

If we are to return to the truth that frees fallen men and again know the liberty for which America was once, long ago known, we must first return to the one and only source of true liberty, true freedom, and true light: God. God above all else in all things and at all times. The explicitly God-centered path is our only hope, and our way back to that path will require our once again inspiring those most important conversations through our asking the most important questions and providing the most important answers.

That’s what Christians used to do around here.

Lord willing, that is what we will do again.

A QUESTION OF FREEDOM AND THE FREEDOM TO QUESTION

It is the responsibility of princes to know the extent of their authority and of subjects to know to what extent they may obey princes  ~ Junius Brutus, A Defence of Liberty Against Tyrants (bold emphasis added)

Tell us, then, what you think. Is it lawful to pay taxes to Caesar, or not?” But Jesus, aware of their malice, said, “Why put me to the test, you hypocrites? Show me the coin for the tax.” And they brought him a denarius. And Jesus said to them, “Whose likeness and inscription is this?” They said, “Caesar’s.” Then he said to them, “Therefore render to Caesar the things that are Caesar’s, and to God the things that are God’s.” ~ Matthew 22:17-21 (bold emphasis added)

These are the questions that we must ask, first of ourselves (as we then look to the perfect Word of God for the answers), and then of those in the sinking world around us so that we might, by His grace and for His glory, inspire and guide them to the same light that has provided our salvation and inspired our conviction.

It is out of our love for our Lord and our fidelity to His beautiful truth that we should ask questions like, “When are we obligated to obey secular authorities, and when, if ever, are we not only able to rightly disobey them, but obligated to do so?” and “Is it lawful to resist a secular ruler who actively resists God’s Word and Church?”

It is out of our love for our Lord and our fidelity to His beautiful truth that we should ask and seek answers to hard questions.

If questions like this make you squirm, you are not alone. They have never been popular because they have never been easy. Yet, by God’s grace, these are precisely the sorts of thoughts and questions that fueled the Christ-centered perspectives that formed the spearhead of the American Revolution and founding of the United States.

Long before Thomas Paine and his secularly-rooted Common Sense hit the scene, there was a work that played a major role in sharpening the understanding of Christians in America in the years leading up to the war for her independence and the founding of what was, for all of its monumental (and mounting) weaknesses, far and away, the greatest nation that this world has ever seen.

In their exposure to A Defence of Liberty Against Tyrants, first published in 1579, the American colonial Christian was encouraged to ask such currently unthinkable questions as those posed above. It was the recognition of a biblical basis for opposing tyranny that propelled this work to great popularity in pre-Revolution America and helped greatly to make possible the reality of a post-Revolution United States.

(Click here to continue on to Part 2: So why did Christians support the American revolution, anyway?)