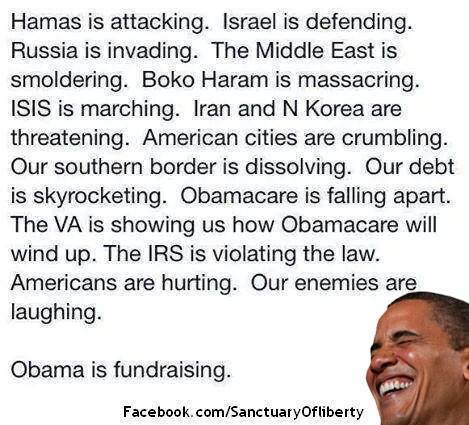 First off, I have to say that I’m in general agreement with the message carried by this particular bit of propaganda. I’m about as repulsed by the Obama Administration as one can possibly be.

At the same time, I cannot help but cringe at the sight of it.

It is the success of this sort of pro-Republican propaganda that is largely to blame for our current Orwellian condition.

What is meant here by Orwellian?

How is it that Republican propaganda in particular has contributed so greatly to leading us to this place?

These are two important questions to ponder, and we should at least try to consider them through the lens of Christ’s nature as revealed in His perfect Word. There we learn that the inevitable consequence of severing anything from explicit connection to His nature leaves the thing in question dead and capable of spreading only more death, decay, and darkness.

This inescapable truth is once again confirmed by what passes now as “conservatism” (and even “Christianity”) in America. After generations of swimming in such carefully crafted pro-Republican, Christ-dismissing propaganda as the example presented above, the vast majority of Republicans, (most of whom loudly claim Christianity as well), now understand and proclaim a “conservative” worldview that usually includes and enthusiastically defends things like State-controlled children’s education, which is straight out of the Communist Manifesto.

How many “conservative” Republican rank and file members even want those things significantly reduced, much less repealed or eliminated?

I hear roughly nine out of ten of these folks defending each and every one of these overtly Socialist/Marxist, culture-shaping, State-empowering, citizen-enslaving programs whenever they get the chance.

We end up with a bunch of loud, proud “conservatives” who are, in practice, openly advocating Socialism in practice and paving the way for much, much worse in America.

We end up with easily manipulated masses who can all be led along by the folks directing the propaganda from the macro level so that the “liberal first” pawns on the Left (many of whom also profess Christianity) get what they want and need to enthusiastically keep on playing the game, and “conservative first” professing Christian pawns on the Right get the red meat they love and are emboldened to continue to dismiss Christ and rail against the “evil Commies” on the Left…all while greatly helping to forge the chains of Socialism in America themselves. 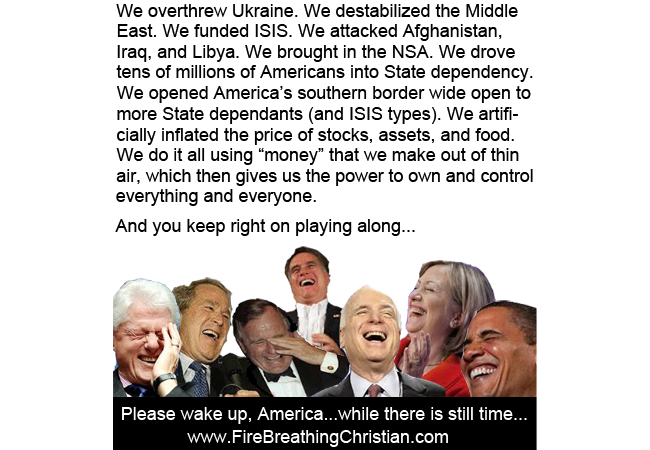