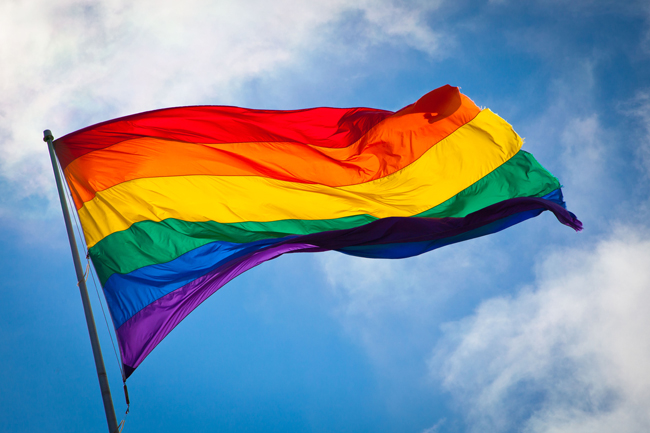 One by one, lessons as to how things actually work in the real world are piling up. (And by “the real world”, I mean the real one…as in: owned, operated, and defined by God.)

One by one, the casualty list is growing (and usually at a pace that makes single casualties’ distinctions blur).

One by one, the lies we’ve been pitched, sold and enthusiastically embraced as truth are being revealed to be nothing better than the most vile and corrosive of lies.

This is what happens when cultures buy into the serpent’s spin on how things work in “the real world”.

Nowhere have the consequences of Christians buying into the serpent’s take on “real world” living been more apparent than in the ongoing hot-knife-through-butter campaign of the LGBT(QRSTUV…) movement. While the forces of secular “progress” and enforced pagan tolerance seem to understand that they cannot tolerate the continued presence and influence of obedient Christians in the culture, their efforts to persecute Christians into silence has been most greatly aided by professing Christians themselves who have compliantly provided the “hot butter” through which the knife of Secularism now cuts with little, if any, meaningful resistance. (See also: Let Them Eat Gay Cake: Corporate America’s Pro-Gay Blitz Hits Delicious New Lows.)

Most Christians aiming to defend the owners of the Sweet Cakes bakery, who were forced out of business for refusing to create a “gay wedding” cake and are still being hounded relentlessly by The Forces of Tolerance, are even now relying on secular pragmatic arguments that often directly contradict Word of God as the standard by which we all must live.

In a recent article posted at Fox News, we learn that “Big Christian” names in the middle of the battle are still clinging to religious pluralism as a virtue that will somehow, some way, save the day for biblically obedient Christians. This bizarre turning of biblical truth on its head may be painful to witness and tiresome to contemplate again and again as it repeats its failed arguments and approaches for the zillionth time (what was it that Einstein said about that sort of thing?), but we are well served to do just that. If we love all of those involved in this battle, and we seek to honor the Lord in an effective manner on the battlefield in which we’ve been purposefully placed, then we must point out at every critical opportunity that standing on anything other than the Word of God as our basis for life in the real world – His real world – can, will, and should ultimately lead to ever increasing darkness and ultimately death.

To put a finer point on it: Claiming Christianity while standing for the “virtue” of religious pluralism is never, ever, ever gonna get us anywhere good. God despises religious pluralism as it is now championed by America-first “Christians”, and we must repent of that view before true cultural resurrection can be achieved.

As for the ongoing pragmatic/pluralistic defenses of Aaron and Melissa Klein (of Sweet Cakes by Melissa fame), Todd Starnes recently wrote for Fox News that:

Franklin Graham has announced he will back a fundraising effort to help Aaron and Melissa Klein, the owners of Sweet Cakes By Melissa in Oregon.

“We’re all in real danger if something isn’t done to put a stop to this kind of deliberate targeting and malicious treatment of Christians,” Graham wrote on his Facebook page.

On Friday a judge for the Oregon Bureau of Labor and Industries (BOLI) recommended a lesbian couple should receive $135,000 in damages for their emotional suffering after the Kleins refused to make them a wedding cake.

The Kleins have already lost their home. Now the government and the LGBT activists want to throw them out on the street.

The article continued to chronicle some significant twists and details:

Within hours of the ruling, the Family Research Council facilitated the establishment of a GoFundMe account to help the Christian family raise the money they needed to pay the fine. In less than eight hours, more than $100,000 was raised.

However, late Friday GoFundMe pulled the plug — sending this message to would-be donors:

“After careful review by our team, we have found the ‘Support Sweet Cakes By Melissa’ campaign to be in violation of our Terms and Conditions,” the message read. “The money raised thus far will still be made available for withdrawal.”

He decided to let people donate to the Klein family through Samaritan’s Purse.

“The Kleins have already had to close their Oregon bakery business, Sweet Cakes by Melissa and do not have this money to pay,” Graham wrote. “Aaron said it would financially ruin their family and could cost them their home. They have done nothing wrong, and their lives, along with their five children, have been turned upside down by this persecution.”

Graham doubled down on his assertion that what is happening to the family is persecution.

“You can’t call it anything else,” he wrote. “This is wrong, and it’s happening right here in our own country. Liberal judges and officials siding with the LGBT crowd are trying to make a point with the undeserved punishment of this family. This is America—we should have the freedom to live by our sincerely held religious beliefs. It’s obvious who is really being discriminated against here.”

Notice that last line: “This is America—we should have the freedom to live by our sincerely held religious beliefs.”

Now ask yourself this: Did Franklin Graham (and those parroting the same by-now-obviously-ineffective “defense”) get that argument from Scripture or from somewhere else…like maybe secular American tradition? In order to believe that this same freedom extends to, say, Muslims in America, is there any way to reconcile this veneration of (and subsequent dependence upon) religious pluralism with the Nature of the one true God as revealed in His Word?

Yet we keep right on appealing to the idol of religious pluralism so that it might provide our salvation, when the God that we claim with our lips clearly and lovingly demands that we take a completely different path.

The fact that God despises the sort of religious pluralism that the likes of Graham constantly appeal to as a defense for beleaguered Christians ought to tell us something. Many somethings, actually. Perhaps chief among them being that we just might be bringing the judgment of God down upon these Christian-run businesses by our constant appeals to things like All-American religious pluralism, which stand in direct contradiction to the crystal clear Word of God.

So, in effect, it seems quite likely that, once again, professing Christians in America are most responsible for bringing about their own persecution and the ongoing darkening of the culture. (See: Judgment begins with the Church…not the Democrats.)

All of this is happening because we as professing Christians have bought into the foundational lie that God is personally non-essential when it comes to cultural or civilizational life in detail.

The Deadly Myth of Neutrality

One of the most popular and assumed-to-be-true lies that has come to define our culture is the myth of neutrality – the idea that anyone (or any group or any government) can take a position that is neutral with regard to any aspect of God’s Nature as clearly revealed in His Word.

The world tells us that it is not only possible, but necessary for men, women, groups and governments to take “neutral” positions on any number of clear pronouncements from God where those pronouncements challenge or conflict with the accepted and often cherished norms here in “the real world” – a “real world” that, we are told, isn’t actually under the rule of God in any kind of detailed, comprehensive manner.

This myth of neutrality is an echo from Eden that is so utterly appealing to our sinful, selfish nature that, apart from the saving grace of God, we find it irresistible. Our inherent desire to judge God, test God, correct God, reject God, and ultimately replace God (with ourselves) in practice is irrepressible apart from the supernatural intervention of God in our lives, raising us from spiritual death unto life and inspiring us to broken repentance over our sin so that we might then, all by His grace, begin to pursue the holiness that we once hated while resisting the sin that we once adored.

Once again in the case of Sweet Cakes by Melissa, our only true hope lies in the Nature of God as revealed in His perfect, sufficient Word. Once again, the Gospel-fueled Great Commission is our only legitimate response to every argument from any angle in this episode of the ongoing culture war in America.

Appeals to the things that God hates – like religious pluralism – cannot save us.

Submitting to the Forces of Tolerance and surrendering yet another hill on the cultural  battlefield will not save us.

Appealing to God’s Nature as revealed in His Word and submitting to Christ as King in practice is our only hope. It is all that we need. And infinitely more.

Lord willing, His people will realize this while there is yet time so that they might drop the plastic weapons that our enemies insist we use and take up instead the Sword of Truth and the Gospel-fueled Great Commission, by which every enemy can and will be conquered, by His grace, for His glory, and to our eternal benefit.