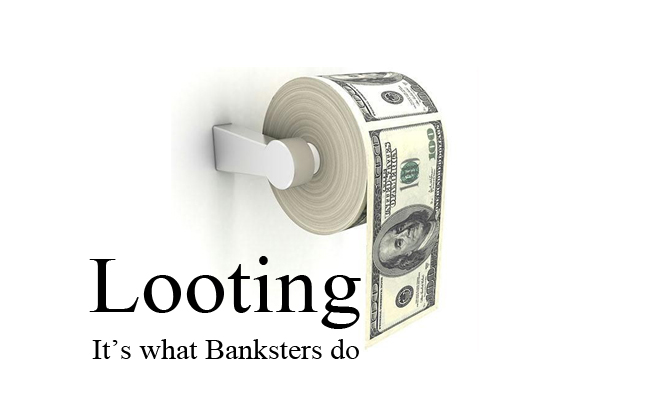 What could be more pure, virtuous and all-’round awesome for us all than a proposed national trade bill that is so incredibly supercool and sweet that nobody who has actually read it is allowed to even talk about the details in public before it’s voted on by our beloved “leaders” in DC?

What could be more pixie-dust magical and grand than placing even more economy- and culture-shaping power in our Presisent’s hands  by way of legislation so hush-hush that even a legislator who wants to actually, you know, read the bill before voting on it, can only do so in a special hermetically sealed room not unlike Magneto’s prison cell in X-Men and only then if they agree not to take notes and not to even discuss what they see while they’re hanging out with Magneto and the proposed legislation.

How awesome would that be, huh?!

If only we could experience such a thing. If only we could know the joy of such benevolence and lovingkindness by the guiding hands of our thoughtful, caring economic and political elites.

Well, fear not, fellow ‘Merican, ’cause we are indeed even as I type this in line for just such a treat right now!

As a matter of fact, by the time I finish typing and posting this note, the whole thing may be a done deal. It looks like the bill in question is likely to pass faster than you can say “Yay, ‘Merica!”

And let’s be honest: Is there any legit basis for surprise here? Are there any real grounds for “shock” and “horror” at this: the next obvious step down a path we’ve been compliantly and usually happily marching down for generations now? Isn’t this kind of “legislation” just par for the course and exactly what we deserve as a people at this point?

Put another way, isn’t this just the entirely predictable and well deserved economic aspect of God’s judgment upon us?

Democrat Sens. Joe Manchin (WV) and Sen. Elizabeth Warren (D-MA) went to the Senate floor to push for immediate consideration of a bill that would make the Obamatrade text public — right now Congress has to go to a secured room to review the text and can’t take notes out or discuss what is in it with the public. That motion failed when Sen. Orrin Hatch (R-UT) objected, since it required unanimous consent.

Before it’s voted on?!

Oh, the horror! (See: Privacy is for masters. Transparency is for slaves. Welcome to “the land of the free” and the home of the NSA.)

But fear not, dear readers…the Pagan Right half of the Statist Dragon came in right on cue to save the day (see: How to Kill the Two-Headed Dragon (Before it Finishes Killing Us):

“One concern I’ve heard from the opponents of trade promotion authority is the trade agreements currently under discussion have been negotiated behind closed doors. That would be renewing T.P.A. Congress would be enabling, even encouraging further secrecy,” Hatch argued.

Ironically, Hatch also admits he doesn’t know what is in the TPP deal, while at the same time he objects to the push for more transparency prior to any crucial votes.

“I don’t know fully what’s in T.P.P. myself, and I am going to be one of the most interested people on earth when that comes, if not the most interested, you know, when they finally agree. But there is — it’s still not a completed agreement, as far as I know,” admitted Hatch.

So much for a Pagan Right monopoly on fair use of the “but we have to pass the bill in order to find out what’s in it” line. Apparently, both the Pagan Right and Pagan Left heads of the Statist Dragon not only speak the same lingo, but tell the same jokes.

Back in October, Fire Breathing Christian published Why does God despise the US dollar? Here are seven reasons…, which presented the following list of consequences of enabling our present wildly unbiblical/satanic economic system:

Hard as we may try and desperately as we may hope for a “real world” of our own in which we can do what we consider to be good and right by our standards, there is no escape from God’s binding reality and authority. There is nowhere to hide. There is no neutral ground to be found, here in ‘Merica or anywhere else.

Economics, business and work are His inventions. When we conform to His will as reveled in His Word in these civilization-shaping areas of life, these things bring joy, prosperity, and expansion of His Kingdom, all by His grace, for His glory, and to our eternal benefit.

When we don’t conform to the revealed will of the Author of economics; when we think we have a “better way” that will work well for us here in “the real world”…well…when we go that sort of route, it will always eventually lead us and our children toward ever increasing slavery, darkness and despair (see: Fiat $lavery: We have been bought and paid for…with nothing.)

May God grace us with the desire and opportunity to see biblically sound economics, business and politics applied here and in every other part of His creation, all in accordance with His Gospel-fueled Great Commission: