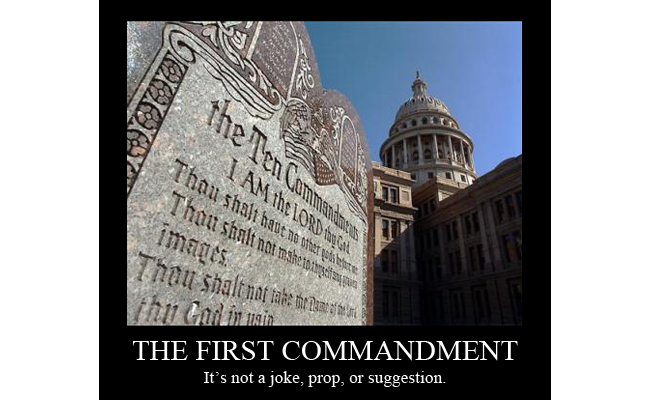 [Tweet “The First Commandment is crystal clear: No other gods are to be tolerated, much less openly worshiped, in the land of His people.”]