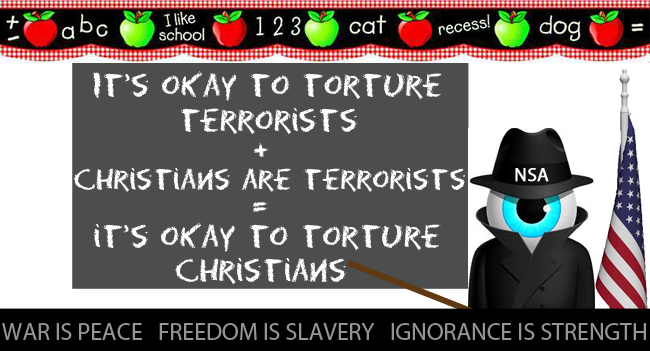 What does a culture at war with Christ look like?

What does a culture at war with Christians look like?

Even a casual glance around today’s American cultural landscape gives us more answers than we should ever want to find to these questions, yet there they are, staring unblinkingly right back at us. Our long slide from the deep, mature, optimistic and empowering faith of the Pilgrims and Puritans to the shallow, flaccid, feeble and pessimistic faith of most “conservative American Christians” these days has taken a remarkable – and remarkably obvious – toll on our land and people.

Where long ago American Christians actually believed and lived out the Gospel-fueled Great Commission with optimism and vigor all rooted in the Christ they believed to be King in practice, we now live in a cultural product of multigenerational rejection of that Christ-centered worldview, clinging instead to Blood Moon mythologies, Left Behind theologies, and obsessions with what’s going on with the modern secular nation state named Israel. The consequences of this multigenerational shift away from biblical truth has been predictably catastrophic.

We see our “We the People” pursuit of law apart from subjugation to Christ in detail (or at all) bringing about all manner of flagrant evil before our “shocked” and “horrified” unbelieving little eyes, from the ongoing “legal” mass sacrifice and dismemberment of tens of millions of our own baby boys and girls to the “legalization” of “gay marriage” and an ongoing barrage of rank Socialist programs far too long to list here (think: Social Security, Medicare, and Public Schools, for example).

As we’ve aimed to chronicle here, all of this building evil is being enabled by our rejection of Christ as Lord in practice in favor of the State as Lord in practice. The religion of American Statism has captivated us, and even as I type these words we are being led deeper and deeper into captivity and darkness by this wannabe god known as the American State.

In Pre-crime is here. Get ready for real-life “Minority Report”, American Vision’s Dr. Joel McDurmon gives us some insight into recent “advances” likely to soon be deployed in the name of American-style Orwellian “freedom” and “security” in an American city near you:

Hitatchi recently announced its “Predictive Crime Analytics (PCA)” designed to “enhance public safety through the delivery of highly accurate crime predictions.” The system is “specifically designed to advance the public safety initiatives of cities and municipalities” and this includes not only predictive analytics based on reams of information gathered from social media and other databases, but also “improved access to video data.”

Ruthbea Yesner Clarke, director of a project to create “global smart cities” by International Data Corporation, commented on the system: “Digital technologies, like those from Hitachi Data Systems, that provide real-time, aggregate and contextual data, support public safety initiatives that can transform how law enforcement and other first responder agencies locate, mitigate and prevent crimes, and ultimately make our cities safer places.”

Think about how such a State will define “terrorist”, Christian…and how readily most professing Christians will go along with whatever that State-imposed definition is.

Remember also: This is the Same State that now “educates” our children – and has been doing so for generations now – in an explicitly anti-Christian and – *ahem* – pro-State worldview. (See: Statism 101: State-run “education” makes a State-dependent population.)

This is the same State that now controls its dependent subjects and perpetually empowers (bails out) its “too big to fail” ruling elites and favored systems (like Socialist governments) through the magical creation of “money” out of thin air. (See: Fiat $lavery: We have been bought and paid for…with nothing.)

This is the same State shamelessly enabled and empowered by even most self-described/imagined “conservative, Bible-believing” pastors and priests in the land. (See: Why is the beast of Socialism eating our children? Ask your pastor.)

How will such unimaginable tyranny be implemented upon us? You just read all the key words in the citations above: “public safety,” “law enforcement,” “prevent crimes.” Each of these ideas is as sacrosanct and immune from criticism in American dialogue as the infamous “for the children.” Pretty much anything done in the name of public safety will be very difficult to oppose, mainly because conservative American Christians are champions of all things done in the name of fighting crime and enhancing police.

You can see the public dialogue already bypassed in the apologist’s insistence that the matter will become an obligation for officials. Since these are already charged with maintaining “public safety,” there will be no debate on whether or not to do this. The only debates will be how and how much, and then how much more.

All the classic arguments to ignore and defy the Constitution will be trotted out: “If you have nothing to hide, you have nothing to fear.” This is conservatives’ version of conservation-stopping mantras like “Hand’s up, don’t shoot,” “war on women,” and “woman’s right to choose.” It’s a technique designed to subvert debate, censor necessary explanations and considerations, and lead directly to expansion of State powers to tax, surveille, intrude, invade, arrest, fine, imprison, and kill.

You’ll hear the argument that if just one mass shooting can be prevented, it’s worth the sacrifice of freedom by everyone else. Public safety requires everyone’s cooperation, after all. We’ll never know if the alleged would-be shooting actually would have happened, of course, but do you want to be the one who waits to find out and turns out wrong, even just once? Didn’t think so. So submit.

Romans 13 (yanked totally out of coherent biblical context in Hitlerian fashion, of course).

Until and unless God graces us with repentance and submission to His Word as our basis for everything – including law, civil government, economics, and everything else – we are doomed to reap the “reward” of our rebellion: Ever-increasing enslavement to the “almighty” American State.

May God grace His people with the Spirit to stand and build upon Him in every realm of life here and now in the middle of this powerful but passing storm, trusting in Him completely all along the way to the total victory that He has already secured. (See: Roaring into Post-America Christianity.)