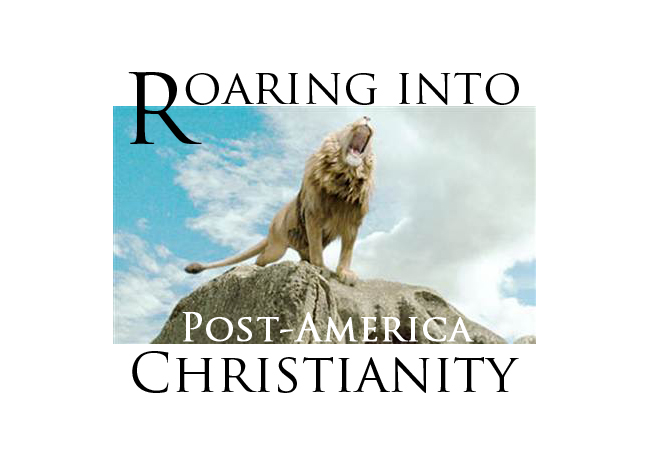 The present, all-encompassing rule of Christ as King over every realm of His creation is the most invigorating, inspiring, optimism-igniting truth that can wash over the mind, spirit, and soul of man. This is why everything that the enemy does and hopes for centers on replacing the reality of Christ as King with doubt in Christ as that King.

The enemy plants, nurtures, and feeds on this doubt. Doubt is the means by which he strives to sustain (and at times grow) his fleeting, phony little kingdom. He cannot exist where the light of Christ is embraced and applied, and he knows it. Thus, everything for him begins with and is utterly reliant upon the cultivation of doubt – and not his doubt, but ours.

To that end, he strives mightily to have us focus on anything but Christ as our source of hope and life-defining optimism, so that it might be replaced with life-dimming pessimism. If we can be nudged to build and look to idols rather than Christ, the enemy has all that he needs to direct us in an anti-Christian, counter-Kingdom direction. He has all that he needs to introduce and build doubt in Christ as King.

The doubt sown by the enemy brings a spirit of pessimism, apathy, laziness, and surrender to those in whom it takes root. That seed of doubt then sprouts, inspiring ever-increasing suspicion, rejection and perversion of Christ’s authority in whichever order or combination necessary to cement pessimism in place now while securing a path to more of the same in the future.

This process of building doubt, suspicion, rejection and perversion of Christ’s Nature has been rolling along almost unchallenged on a massive scale in our land for hundreds of years now. For those of us living in America today, it’s hard to imagine life any other way or charting a future for our culture that follows anything other than a downward path. Yet is wasn’t always and will not always be this way. Once upon a time, even in America, there was great optimism about the prospects for increasingly Christ-honoring culture and civilization.

From where did such optimism come? What was its basis? Why did people think – and live – in such a powerfully optimistic manner?

They did so because they had great faith in Christ as King right here and now. Not just as King out there in the future somewhere. Not just as King in their hearts. Not just as King at the church house or in the prayer closet. They believed in Christ as King over everything here, now, and forevermore. Thus, they weren’t apathetic or lazy about advancing the Kingdom right here and now and they weren’t riding things out huddled up together in little Christian ghettos waiting to be raptured away. They were actively engaging life and culture in every area by the grace of God, for the glory of God, and for the advancement of His Kingdom.

Right now in America, you and I are still (barely) coasting along on the last bits of remaining cultural residue left by their faith in action.

They actually believed what their King said and they actually lived in accordance with His Great Commission:

Obviously, in this context, we have fallen far. Where once our forebears – Pilgrims and Puritans past – had, by God’s grace, a serious taste, appetite, and zeal for the matchlessly invigorating, inspiring, optimism-igniting truth that Christ is King and that His Gospel-fueled Great Commission really, truly does radically and supernaturally transform people and all that they touch, we are now a people and a culture almost entirely defined by a satanic pride/pessimism paradigm.

We look to America, American traditions, favorite secular experts, our communities, families, friends and ultimately ourselves as the basis for measuring everything, including prospects for the future, rather than looking to and actively obeying Christ as King. When we take that satanic approach – when we look to our idols instead of the one true King – we water and nurture the doubt that then makes us into the apathetic, lazy, culturally-disengaged, preemptively-surrendering “Christians” that have come to define the modern American professing Christian sub-culture and lead the broader American culture straight to hell.

Addressing the life and culture-dooming sloth and denial of Christ on the part of professing Christians and calling them, by the grace of God, to awake, repent, and believe, is a theme of what we are trying to do here at Fire Breathing Christian.

Just this week we’ve chronicled things like the increasingly militant homo-jihad against the Christian worldview, America’s ongoing systematic mass murder of children for convenience and profit, and witches leading legislators in prayer at the Iowa state capitol. We’ve also reminded ourselves that rejecting His Nature as revealed in His Word as the basis for law in the land is suicidally stupid and that the devil can only hold that which Christians leave in his hands. We’ve considered all of these things with the aim of becoming more comfortable with and enthusiastic about Christ as King – whether there happens to be a United States of America for much longer or not. Post-Christian America is here, and while that may be sad and tragic in many ways, post-America Christianity is assured, and that beautiful truth should inspire us as nothing else can.

For those who would like to see America saved or somehow restored, that can and will never happen by looking within for salvation. America will not be saved by American principles, American virtues, conservative politics, the Republican Party, or anything else that is not explicitly connected to and explicitly submissive to Jesus Christ as Lord in practice.

That is the unbreakable reality of the situation.

There is one – and only one – path to true restoration, and that path is the Nature of Christ as revealed in His perfect, sufficient Word.

This is the dividing line between life and death – for America and anything or anyone else in God’s creation.

This great and certain divide that separates light and life from darkness and death is the thing that the enemy strives to obscure through those seeds of pessimism-enabling doubt.

Jesus Christ, the reigning King of creation, to whom all authority has been given in heaven and on earth, is the most purposefully divisive force in all of history. His Gospel command to repent and believe is just that: a command. It is not a request. It is a loving demand for the complete and unconditional surrender of those who deserve no such opportunity. It is a demand to reject one’s self as god and submit to the lordship of Christ in every detail and every realm of life.

One day soon, His wrath will come upon those who – like America – even now cling to their pride and imagined lordship over their own lives. In the meantime, His Gospel command goes forth by way of His obedient people, propelling their growth in number and inspiring them to bring every aspect of creation that they touch more and more into conformity with the King’s Nature as revealed in His Word, all by His grace, all for His glory, and all to the eternal benefit of His faithful, chosen people.

Never have. Never will.

Victory is ours! Christ is King! Let America repent or suffer the consequences. Either way, His rule and Kingdom go on forevermore, all for the glory of God and all to the eternal benefit of His people.

This is the banner reality under which we must clearly march, fight, and advance His Kingdom.

This is the flag under which we must faithfully proclaim the Gospel command to repent and believe.

This is the truth that prevents us from  pessimistically shambling, slinking, or skulking fearfully, with our heads hung low, into the likely post-America Christian world to come. This is the truth that instead enables us to ravage and route the enemy on every battlefield in every realm of culture and civilization, all by the grace and for the glory of the King.

Like the old hymn says, “Judah’s Lion has burst his chains!”

This is truth that makes us roar…and our enemies tremble.