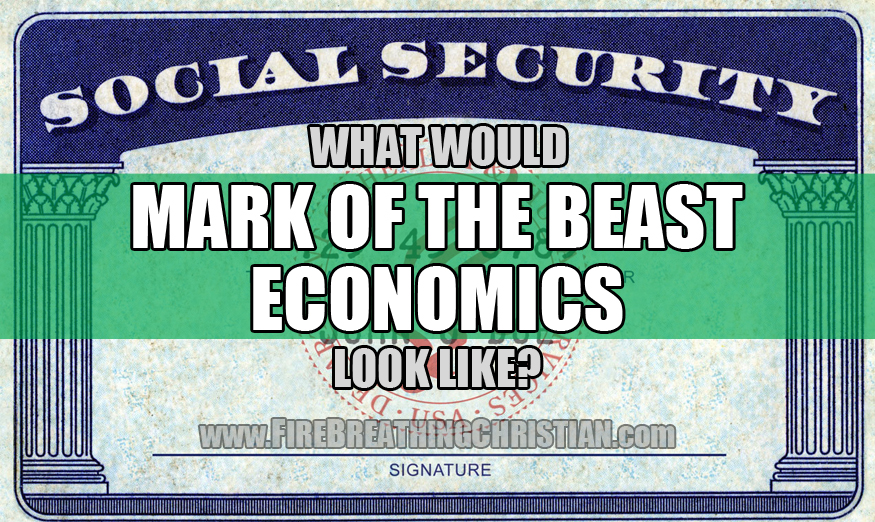 “How much harder is it for a Christian to get a job or keep a job with a major American corporation than it was, say, 15 years ago?

What if that Christian has taken clear, public stands in obedience to Christ and out of loving concern for the lost in accordance with the Gospel and Great Commission regarding the inherent sinfulness of the homosexual deathstyle?

How much harder is it for that sort of Christian to get or keep a job with, say, AT&T, Coca-Cola, Kellogg’s, Visa, Citibank, Wells Fargo, American Airlines, or any number of proudly pro-sin corporations in America?

How much harder will it be for that Christian to get or keep that sort of job two or three years from now?”

These are some of the questions that we posed last summer in Corporate America’s Big Gay Push (Or: “Mark of the Beast” economics, here we come!). Since then, the situation has only deteriorated and many Christians (myself included) are coming to personally experience the “new economic normal” here in “the land of the free” and the home of the NSA, where the American State and its corporate owners have come out openly in support of a flagrantly anti-Christian worldview both in propaganda and in practice.

Some FBC posts over the past year or so on this subject include:

Marked by the beast: Where Christ-less economics has lead us, and what we can do about it.

For quite a while now we’ve been aiming to help Christians better understand the anti-Christian nature of the economic construct currently (but only temporarily) dominating America and the rest of the world, not just to complain or whine or pout about it, but so that we might A) see more clearly just how wildly unbiblical our present economic construct is, and then B) repent and prayerfully pursue economic reformation and revival using every opportunity, tool, and talent that our Lord has provided for such a time as this.

We’ve aimed to tackle this subject in a manner that takes serious things seriously, meaning that we want to be responsible Christian adults seeking to take every thought captive (see: 2 Corinthians 10:5) – including all economic thoughts in even the most challenging of situations – in accordance with the Gospel-fueled Great Commission (see: Matthew 28:18-20). That said, the last thing we want to encourage or promote is emotionally unhinged fear, anxiety, or panic. Fear of anything in this world is the antithesis of faith in God. (See: The Fear-Fueled Politics of American Statism.)

Reviving the fear or reverence of the Lord in economics is the only sure path out of the grip of the fear of man that has clasped around our collective throats and even now seeks to squeeze the last bits of economic life, economic liberty, and economic freedom from those who would dare faithfully proclaim and pursue Christ as King in practice.

It is this context that motivates us to regularly tackle this subject, so that one day soon, by the grace of God through His Spirit-filled people taking up His Great Commission in practice, the life- and culture-defining realm of economics might be subjected completely to the loving, life-giving reign of Christ.

To that end we posted A Mark of the Beast back in August of 2013 (before any of the above linked articles), in which we aimed to clarify the biblical meaning of “the mark” as it relates to economic (and other) activity:

With today’s year-opening market turmoil (see today’s earlier post: Our Unraveling Economic Fiction), it seemed like a good time to re-share some of these ideas.

I hope that they are helpful, encouraging, and inspiring of a healthy, life-giving fear of the Lord…which will drive out all other fears, leaving our enemies nothing by which to manipulate and control us.