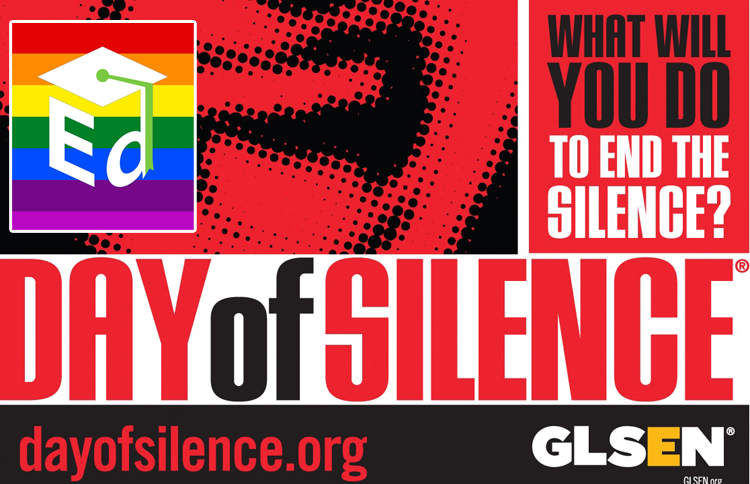 So here comes this year’s Day of Silence as sponsored by the anti-Christian sexual chaos crowd, which will be supported by scads (and eventually all) State-run Temples of satanic “education”, where millions and millions of little boys and girls are freely shipped by professing Christian parents each weekday for immersion in an approach to life and knowledge first pitched by the serpent in Genesis 3.

And each year as this Day of Silence approaches, we hear anything but silence from truckloads of “shocked”, “horrified” and “outraged” professing Christian parents who just can’t believe (!!!) what the public schools are doing to their precious little cherubs.

And do their pastors tend to encourage them along that path?

Preachers and pastors in America have become some of the most reliable enablers and encouragers of the State-managed instilling of a satanic worldview in the minds and hearts of the little ones in their congregations.

Ours is a land loaded with folks professing certain values and beliefs in word while trampling those very same concepts in practice, particularly where the subject of children’s education is concerned.

It’s in this context that I came across an interesting blog today by Dr. Rich Swier, who claims to be a conservative in the classic, old school sense and looks at first glance like the typical nice old conservative guy. Turns out he has some very American conservative-sounding advice to offer as to how to deal with the Day of Silence deal this year if you have children in schools where it will be recognized.

Here’s some of what this old school American conservative had to say:

On Friday, April 15, high schools (and many middle schools) across the country will be hosting the LGBT movement’s annual “Day of Silence.”

During this all-day event, student activists and even school officials encourage students to be silent for the entire day as a sign of solidarity with the international LGBT movement. Students are encouraged to wear special pro-homosexual badges, stickers, and bracelets – which are often handed out at the school entrances that day. There are also pro-LGBT posters in the hallways, handouts, and even workshops.

Although the adult activists claim that the “Day of Silence” is put together by “students,” it is in fact organized behind the scenes by adults with the enthusiastic cooperation of school officials. They use materials and instructions from a national homosexual activist group.

Please join the national effort to restore to public education a proper understanding of the role of government-subsidized schools.

And here’s where we see the derailment of Dr. Swier’s worldview. This thoroughly confused conservative guy is so immersed in American Statism that he can’t even see it, with the “it” in question here being State-run children’s education as both the implementation of a plank from The Communist Manifesto and an approach to the pursuit of knowledge (education) first introduced to mankind by the serpent in Genesis 3.

The “government-subsidized” schools that this kind-seeming old “conservative” advocates restoring are subsidized by confiscating the wealth of others in accordance with other basic principles of satanic/Communist economics.

Moreover, these All-American Temples of Statism (which are, make no mistake, very religious in nature) are funded in a manner that purposefully makes it impossible to even own a home outright in America. All American so-called “homeowners” are, in fact, renters from the State.

So much for “the land of the free” – a slogan relentlessly pitched in…you guessed it: American temples of American Statism (public schools). We aren’t even free enough to own our own homes.

This is what secular conservatism like Dr. Swier’s has led us to, all with a warm smile and a happy tip o’ the hat to the genius of Ronald Reagan and the Founding Fathers, of course…but with nothing much in the way of solid, detailed, Scriptire-based solutions, especially if the pursuit of those biblical solutions would expose any of the fundamental errors of the favorite idols of American conservatives.

Now back to his blog…

You can actively oppose this hijacking of the classroom for political purposes and help de-politicize the learning environment by calling your child out of school if your child’s school allows students to remain silent during instructional time on the “Day of Silence.”

Never forget that, no matter what sweet old American conservatives like Dr. Sweir try to tell you, all teaching is both theological and political. All approaches to teaching and learning speak clearly (one way or another) as to the Nature of God and to the Kingship of Christ. To pretend that there is a neutral approach to either the pursuit of knowledge (education) or the application of knowledge (living life) is to completely embrace and emulate a satanic worldview.

American “conservatives” do that all the time, just like the liberals and progressives they so vigorously claim to oppose in word…while actively (though often unintentionally) supporting them in practice.

Dr. Sweir goes on to suggest specific points of action, none of which even begin to deal with anything close to the root problem here. He is far too buried down the rat-hole of Statist thought to even see, much less acknowledge, much less solve, the purposefully State-managed problems with children’s education in America.

If you really want to raise up godly men and women who are trained to actively pursue the glory of God in every area of life, and if you really want to protect your formative children’s education from being shaped by ridiculously anti-Christian events like the Day of Silence, then repent and get them out of public schools.