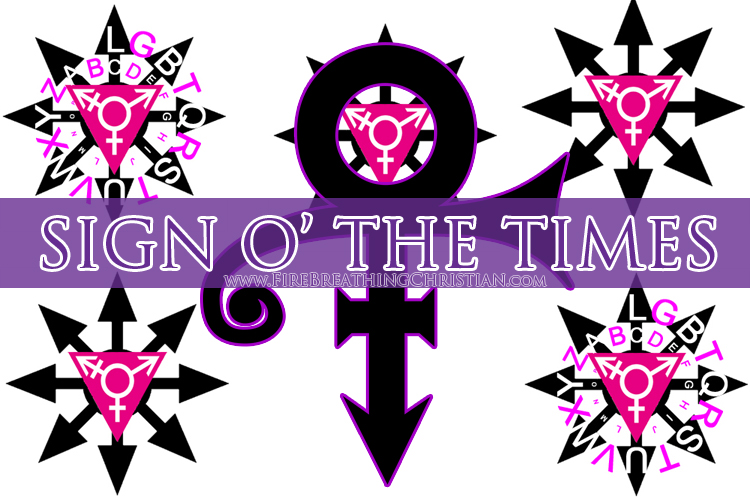 Prince seemed to understand and appreciate one vital worldview forming fundamental in a way that is vigorously (and you might say religiously) avoided by most professing Christians permeating the culture that he reshaped and molded through his decidedly anti-Christ approach to music.

Music is a vehicle for spirituality. It is a medium for the expression of theology.

Prince understood this at some level, which is more than can be said for many of his loudest (and often on target) critics.

While his understanding and application of terms like “spiritual” were far from the Truth revealed to God’s people by His grace through His Word and Spirit within them, Prince certainly understood that everything had a spiritual component.

Every physical action and physical pursuit undertaken anywhere in God’s creation is an action and pursuit that is being undertaken as a testimony to the theology of the one playing the guitar, painting the house, writing the book, or running the marathon using the tools that God has provided to either faithfully proclaim or selfishly intercept His glory.

Thus, everything is targeted for restoration and reconciliation to God by the Gospel-fueled Great Commission.

The true Gospel is comprehensive.

We end up with sexual chaos, gender chaos, family disintegration, and cultural nihilism.

But before we got to where we are now, we surrendered vast realms to the enemy – an enemy who has used them to great and terrible effect.

These fruit of cultural disintegration now on display all around us became possible when we decided that “being spiritual” meant just reading good books (and mainly the best book, of course), huddling up with like-minded folks in Christian ghettos, and not engaging the culture through music, art, literature and the like. When we made our spirituality and gospel nice, neat, small and confined to just saving people’s souls and then maybe, just maybe, reading good books about saving people’s souls while we let the culture rocket downhill around us, we opened the door wide open to those who came before Prince, and those who will come after.

When we decided that film, fiction, satire, music and other arts were somehow separate from spirituality (or even contrary to “true spirituality”), we abandoned the Great Commission in practice and allowed the likes of Prince to do what they have done and will continue to do until and unless the people of God lead the way in repentance and application of the Great Commission mandate to take every thought – every legal, artistic, scientific, educational and economic thought – captive to Christ in accordance with the loving command given us by our King in 2 Corinthians 10:5.

Until we stop complaining about the arts and start taking them captive to Christ, we have no one but ourselves to blame for the gender chaos and cultural destruction promoted by the likes of Prince.

Romans 8:28 makes plain that all things are perfectly used by God to ultimately bring glory to Himself and benefit to His people.

This includes His use of Prince, who, among other things, has revealed to us our great dereliction of duty.