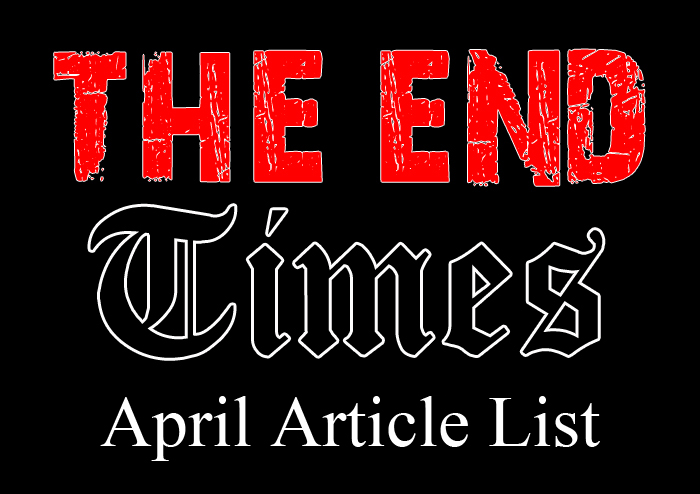 The time has come for a monthly update on The End Times, our recently launched Christian satire site.

Here’s a list of most of the articles that were run over at The End Times in April:

Sauron To Seek GOP Nomination For Overlord Of Middle Earth

Trump “Tells It Like It Is”, According To Millions Of Proud, Unrepentant Professing Christians In America

Sixth Grader Ostracized For Not Instantly Assuming Prince Is In Heaven

Peter Popoff Thrills Fans By Levitating Their Wallets Into His Hands

So far reception to The End Times has been very encouraging. We’ve had several posts get over the 10,000+ facebook “like” mark, so things are starting to roll…

It’s been fun (and hopefully helpful) to touch on challenging, important points in a medium not known for depth. We really appreciate your prayers and support, even if satire isn’t your thing. 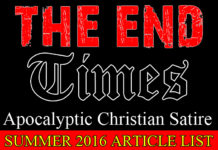 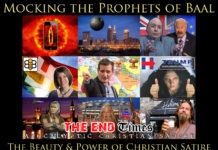 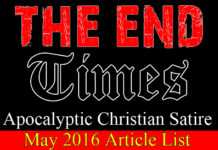