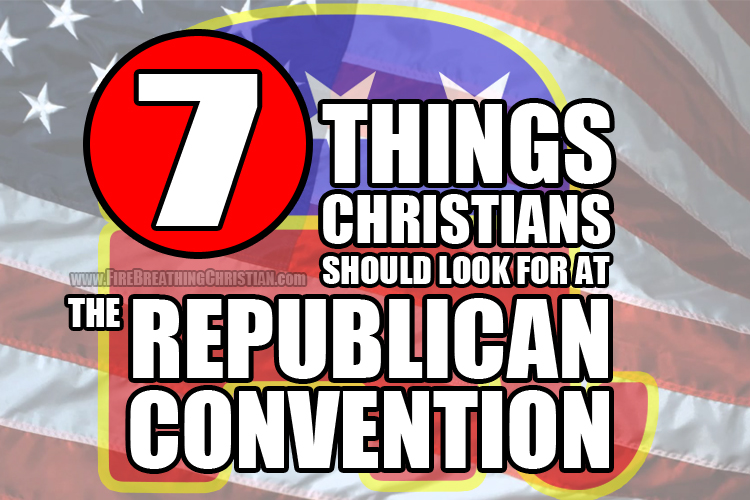 Is more money what we need to save us?

Or maybe a bigger military and a more empowered police state to “keep us safe”?

Are these the things that we need to “Make America Great Again” while the abortion mills murder millions under police protection, “gay marriage” licenses proliferate throughout the land, and false religions are encouraged to openly operate covens, mosques, and satanic temples all across “the land of the free” and the home of the NSA?

Or do we maybe need the Gospel instead?

As in, the everything-touching Gospel-command to repent, believe, and be saved, not to be confused with the weak, watery, culturally impotent counterfeit peddled by the “Christian leaders” who are leading America to run in Jesus’ name.

Maybe we need to repent of our perversions of liberty, law, freedom, and justice, rather than proudly defending those perversions even as God grinds us under the heels of His judgment.

Not a thought shared by most professing Christians in America, at least not at the moment, but God is good.

He’s giving us a chance to change that.

He’s giving us a chance even now to repent, believe, and be saved.

This is the reality that we need to remember, even (and especially) as nearly every professing Christian conservative leader in the land encourages us to do anything but test the GOP and America in light of the Word of God and seek to honor Christ as King in political, legal and economic practice.

While most professing Christians and evangelical leaders will be encouraging us, implicitly or explicitly, to set aside Christ and assess the goings on in Cleveland at the GOP Convention primarily through pagan lenses, we who are truly saved by the grace of God ought never consider, much less pursue, such a fantasiutcally satanic approach to politics.

Instead, we ought to be obeying our King out of love for Him, dutifully and happily “testing all things” – including Republicans and even America itself – in light of His perfect, sufficient Word.

To that end, I’d like to offer up seven items to look for as you watch the 2016 Republican Party Convention:

7. Acknowledgement of America’s great, ongoing sin against the God so many Americans – including most speakers at the GOP Convention – claim with their lips. Will anyone speaking at the Republican Convention personally model broken, humble acknowledgement of the pervasive sinfulness of our approach to politics, law, economics in America? If there is no such clear acknowledgment of America’s desperate condition and need for repentance and submission to Christ as King as the one and only true path to restoration for our culture, you can be sure that what you’re listening to is just another flavor of satanic spin aimed at getting you and all other viewers to look to the godless State for salvation rather than to Christ as King and Savior.

5. Acknowledgement and repentance of America’s construction of an economic system built upon what God calls an abomination. Will anyone speaking at the GOP Convention speak clearly as to the necessity of abandoning the fiat economic construct that The Powers That Be use to effortlessly dominate and control everything and everyone beneath them trough the power given them by their ability to craft “money” out of thin air? Or will the speakers in Republicanville instead do their part to prop up and defend the economic system fueling their entire political worldview?

4. Acknowledgment and repentance of Republican leadership in promoting and expanding both the Marxist Welfare State and the Orwellian Warfare/Security State. Will any speakers at the Convention acknowledge, much less repent of, the Republican obsession with preserving outright Socialist constructs like Social Security, property tax, and any number of “welfare state” staples? Will any of them acknowledge and repent of America’s wildly unbiblical approach to perpetual military adventure, empire building, and war? Will any of them acknowledge that since we are supposedly BROKE, we cannot afford any of these things if we are pursuing anything remotely resembling a sane, Christian approach to economics?

3. Acknowledgement and repentance of America’s State-managed anti-Christian children’s “education”? Will any of the fine “conservative leaders” and “evangelical voices” taking the stage actually promote repentance of our All-American anti-Chrisitan approach to children’s education…or will they celebrate and encourage it instead?

2. Acknowledgement and repentance of the ongoing systematic murder of our own baby boys and girls by the millions in the name of Americanized (per)versions of freedom, liberty, and rights? Even as the GOP faithful gather in Cleveland and evangelical leaders shield both Trump and baby murderers from the whole, undiluted Gospel, there will be openly operating child sacrifice facilities running along as normal all around Cleveland, Ohio, and the rest of the proud U. S. of A.

Will any of the evangelical Christian voices given the opportunity to speak call the murder of these children what it is – murder – while begging God to forgive us of the grave sin of presuming to define law (and thereby life) by our own self-centered, self-serving standards?

It won’t be hard to notice which way the GOP-sters go on these points.

Please join me in praying that the broken, humble repentance will indeed come to some or all of the people at or behind the Republican Convention. Let us never become so jaded or cynical that we assume anything about anyone’s future.

God is in charge.

We are to be faithful with everything He’s given and let Him provide the benefits and handle the consequences of our obedience.

So pray, think, and pay attention.

Note what the GOP is selling, test it in light of Scripture, and act accordingly.