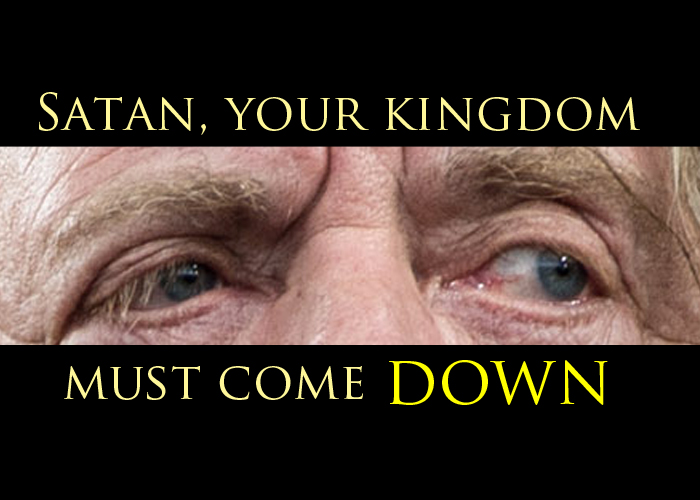 While the notion of Jesus owning and using everyone and everything in His creation to perfectly accomplish His purposes (not ours) for His glory (not ours) on His schedule (not ours) is a terrifying thing to the self-centered, self-serving minds of men, it’s true nonetheless. That truth becomes less and less terrible and more and more beautiful the more we rightly learn who Jesus actually is.

He owns each and every person and thing in all of His creation, material and immaterial, and He is even now using it all perfectly to accomplish His purposes on His schedule for the benefit of His people (see: Romans 8:28 and Colossians 1:15-20).

He uses everything in His creation, and perfectly so.

Including, of course, Robert Plant.

While I’m almost seven years late in noticing, I recently came across a video of Plant performing a song called Satan Your Kingdom Must Come Down and I just had to share.

There’s much to enjoy and savor here, but I don’t want to spoil the moment by rambling on too much with my observations. I’ll get more into that in future posts, Lord willing, but for now I just wanted to bask in the glow and share some of it with you as we kick off the week together from the various places in which God has purposefully placed us to advance His Kingdom…while tearing Satan’s down.