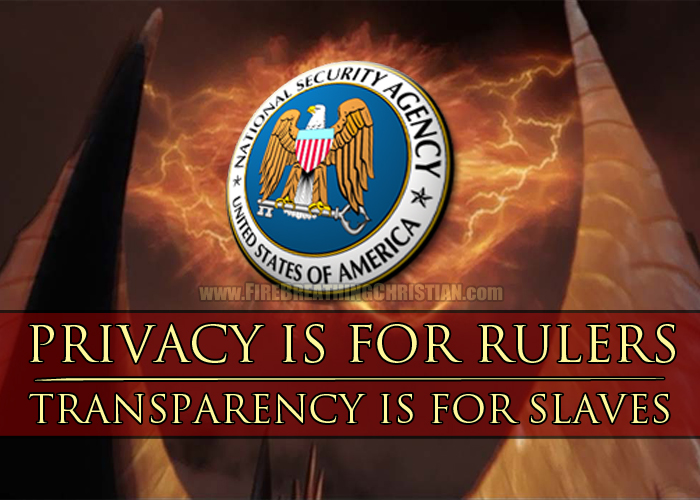 Uh oh, we have another Edward Snowden (or two) on our hands.

Or make that: Yay! We have another Edward Snowden (or two) on our hands!

Apparently the Lord has chosen to bless with yet another wave of bright, revealing, undeserved and (often) unwanted light on the subject of just how evil and off the biblical rails our beloved America Idol has become.

As I write this, news is breaking of truckloads of leaked information detailing the CIA’s various approaches to eviscerating the freedom and liberty of the American masses in order to better secure the power and position of the American State over them.

In an article published by the Wall Street Journal (WikiLeaks Posts Thousands of Purported CIA Cyberhacking Documents – Records show CIA able to spy on smartphones, internet TVs), new revelations of widespread “land of the free” surveillance was spun this way:

The unauthorized disclosure—the first part of which WikiLeaks said consisted of 8,761 documents and files from the CIA’s Center for Cyber Intelligence—confronts President Donald Trump with a threat from the very organization that leaked documents on his opponent, Democrat Hillary Clinton, during the 2016 presidential campaign.”

Ah, the “unauthorized disclosure” of State information…pertaining to the State’s massive Orwellian personal privacy obliteration system, through which the personal conversations and information of American citizens is slurped up on a massive scale the likes of which would have made any Soviet KGB or Nazi Gestapo agent weep with envy.

Yeah, that’s the system we’re supposed to cherish and defend now as Americans here in the “land of the free” and the home of the NSA.

That’s the system we’re supposed to want protected from – *ahem* – an invasion of its privacy. [Insert incredulous laughter here]

Apparently, we’re supposed to bothered by the CIA having its privacy invaded this way.

Does it get any more darkly tragi-comedic than that?

Can we get any more pathetic than this?

Sadly, the answer is yes, we can.

And we probably will.

As bad things are now, they can and will get much worse from here on out for as long as we continue to worship at the foot of the America Idol. As long as we look to the State as our protecting, providing god in practice, it will continue to consume our freedoms, leaving only steaming piles of dependence and bondage in its wake.

Such is the nature of The Almighty State.

Nowhere is that more evident than here in “the land of the free” and the home of the NSA.