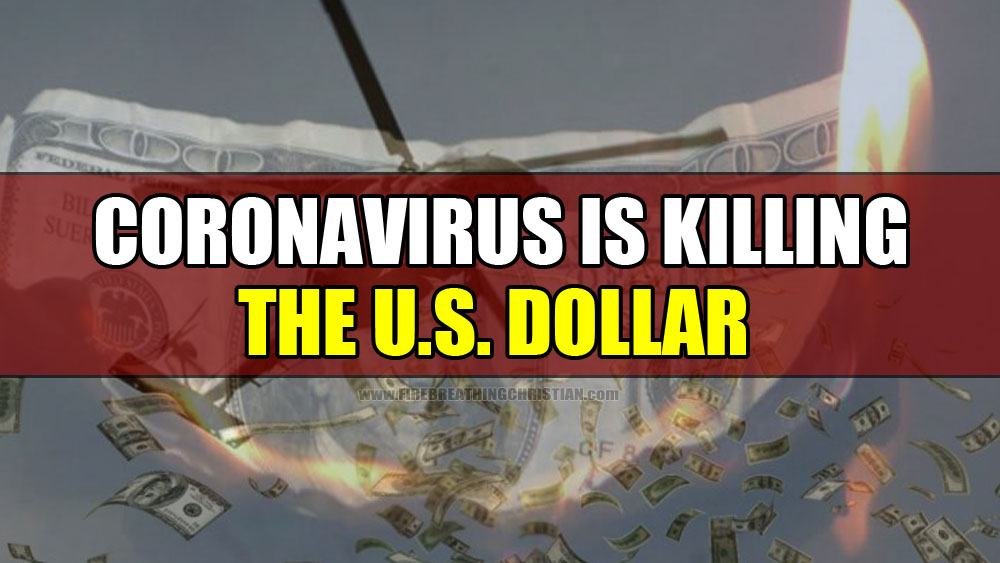 As Coronavirus continues to make its way onto the stage (remember: it’s still just getting started), we’ve been hearing a lot about “high risk categories” or types of people who might have heightened reasons to personally fear the bug (older people, smokers, and America’s specialty: the obese). But one important High Risk category that people don’t seem to be including in their assessment is that of fiat currency or, more specifically: The US dollar.

The extreme vulnerability of our fragile economic system and the black magic currency holding it all together has placed it squarely in a high risk category for exposure Black Swan-esque events for some time now, and Coronavirus has proven to be just such an event. The bug never needed to be Black Death or Ebola 2.0. It just needed to be bad enough to cause…well…exactly the sort of damage it’s caused and is continuing to cause now (and remember again: it’s just getting started).

Now the supply chain disruptions, shortages, and rushes for available resources that were predicted months ago are reality. Just as predictable as these economic twists was the economic response of central banks and the national governments that they own: Lower interest rates and print more money. These two levers – adjusting interest rates and adjusting the amount of “money” in the system, are, and have always been, the only two tools available to the banksters running our fiat slavery economic system. So we shouldn’t be surprised that they are using both of them as aggressively as they can in a fit of panic as their magical bubble world finally collides with reality. (For more information on the basics of our fiat slavery-enabling fiat currency system, please check out Fiat $lavery: We have been bought and paid for…with nothing.)

Things have been moving so quickly (much like late 1929) that it’s hard to keep up with the desperation moves being made by the “experts” and elites propped atop our economic Jenga Tower of Babel – a perverted system of economic bondage that has been begging for the judgment of God for generations and now appears to be getting it. (See: Why our economic Jenga Tower Of Babel must fall.)

While massive infusions of digital “wealth” created out of thin air by central banks to “combat Coronavirus” and its consequences were to be expected, it was today’s development that represents a major, near-final step down the road to ultimate economic ruin: Helicopter currency. Put another way: Creating massive amounts of currency out of thin air and then dumping it directly onto the masses in a last ditch effort to appease them as the whole System stands on the brink of its final meltdown.

CNBC covered the announcement of “Helicopter Money” this way in a nifty little piece entitled How coronavirus could finally turn universal basic income into political reality:

“Sen. Mitt Romney of Utah wants the government to cut a $1,000 check for every American adult as the spread of the coronavirus rapidly shuts down the economy. Fellow Republican lawmaker Sen. Tom Cotton of Arkansas is proposing cash stipends to help people pay their bills. Treasury Secretary Steven Mnuchin said at a White House press briefing on Tuesday that “Americans need cash now,” meaning “in the next two weeks.”

On the other side of the aisle, Democratic Representatives Tim Ryan of Ohio and Ro Khanna of California support a payment of $1,000 to adults, as part of a plan laid out by President Obama’s former chief economist Jason Furman. Rep. Katie Porter, another California Democrat, tweeted her support for Romney’s effort on Monday.”

The article goes on and on covering the development as if it’s totally legit and reasonable. Sure, maybe a little weird sounding at first, but nothing to write off as…utterly insane, which it is.

This is where we are, folks.