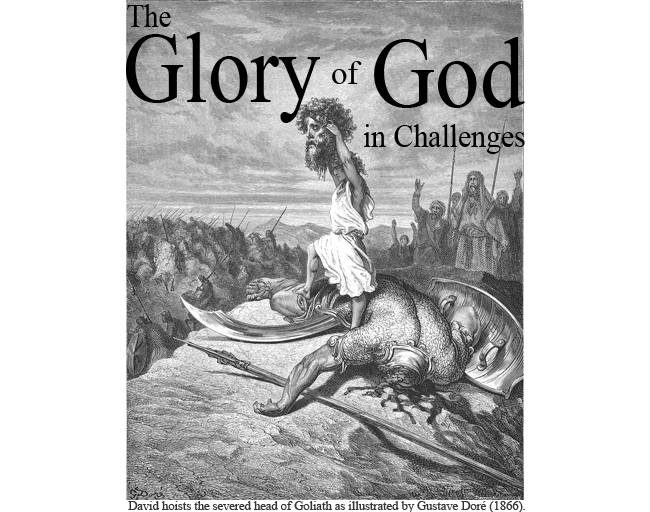 If there’s one thing we’re not inclined to be thankful for, it’s challenges.

I’m not talking about the “challenge” of stiff competition in a board game, on the ball field, or at the shooting range.

I’m talking about the big and sometimes scary ones that come our way:

The loss of a loved one.

The failure of a long and hard worked for project or business.

The burning and looting of cities…including your own.

The dawn of an Orwellian Security State here in the “land of the free” and the home of the NSA.

Those kinds of challenges.

While it’s quite natural to be something other than thankful for these sorts of true, trying, character-testing challenges, our modern American culture has, after generations of effortless practice, made the craft of challenge avoidance something of a primary pursuit and centerpiece of American life.

Everything here is about the pursuit of ease and personal comfort.

That’s why we delay marriage more and more…if not forever.

That’s why we delay having children longer and longer…if we have them at all.

That’s why we have two or three of them instead of five or ten.

That’s why do our best to minimize, dismiss, or flat our ignore the culture-transforming forces working feverishly around us in everything from the corporate-controlled pop-culture to the State-controlled systems of “education”, finance, military, and government. Things are getting uglier by the second, and we all know it at some level, but most of us are still in “let’s pretend that ignorance is bliss” mode, because if there’s one thing we’ve been programmed and conditioned to avoid, it’s challenges.

Put another way: If there’s one thing we’ve been conditioned to avoid, it’s true adulthood. (See: Adolescence is a Big Fat Lie)

After generations of this worldview making us fat, lazy, and apathetic, we are in dire and desperate need of…a challenge!

We have built upon the pervasive, systematic rebellion of our parents’ and grandparents’ generations to the point that we have plunged our and our children’s culture and civilizational prospects so far into the toilet that we need nothing short  of a supernatural turnaround. We must finally, by the grace of God, shake off the long settled fog and take an honest look at what we’ve become as a people in light of the Word of God. Then we must act based on that revelation. We, as Christians, have to look at all of it – the unbiblical educational, economic, and governmental pursuits, acknowledge first our contribution to the carnage, and repent – begging our gracious King for forgiveness and the grace to actually, actively reform our lives and conform to His will.

Then, and only then, every otherwise impossible seeming supercool thing becomes truly possible right here in our land and with our people. With the supernatural Gospel-fueled Great Commission of Jesus Christ the King of creation, life- and culture-resurrecting reformation and restoration is to be expected. (Which is why that sort of “crazy, extreme, fanatical” solution is never even allowed on the radar of all secular “experts” and “news sources” across the political spectrum.)

Can we actually bring down the State-controlled system of children’s “education”, taken straight from the Communist Manifesto and worshiped more vigorously now in America than any literal golden idol has been worshiped by any culture of any age past?

Oh yes! We most certainly can…and will…beginning with our own personal repentance and reformation in the vital realm of children’s education.

Can we actually oversee the faithful, biblical, and radical decentralization of governments, including our own here in the “land of the free” and the home of the NSA?

And don’t let anyone tell you differently. Our King is King and when we actively believe Him (meaning: we do what He lovingly commands), all good things are possible and all enemy strongholds tremble knowing that they are on the verge of being razed.

That is how the real world works.

It all belongs to Him.

It was all made by Him, for Him, and through Him.

So as we head into this season of thanksgiving, let’s be sure to keep the alarming events that seem to be constricting around us in context.

Let’s be thankful for the challenges that He has given us right here and right now to faithfully proclaim and apply His nature in every realm of His creation. The greater the challenge, the greater the opportunity…for His glory and our eternal benefit.