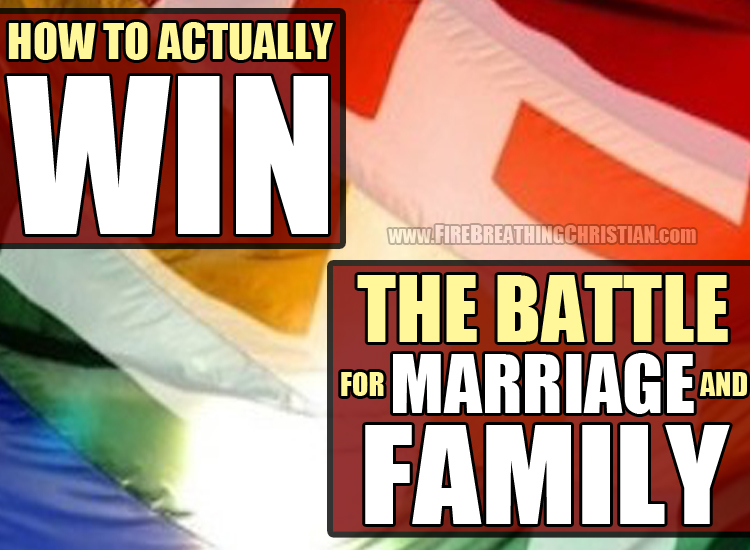 God raised up Pharaoh purposefully, as He has raised every God-hating tyrant and wannabe persecutor of His people throughout His creation of history.

Likewise, God raises up plagues, wolves, adversities and adversaries of all sorts so that His nature might be revealed, His name might be glorified, and His people might be purified and strengthened through the fires of adversity and testing (see: Romans 8:28). This is a clear theme of Scripture and human history.

In this context it’s both useful and important to ask certain questions.

Questions like: Why has God raised up the LGBTQ movement?

Why has God given our culture over to the LGBTQ movement?

Or, put in another way, why has God allowed us to give our culture over to the LGBTQ movement?

Why has God allowed us to hand over our civilization to the forces of sexual, gender, and cultural chaos?

Why has God allowed us to claim His name while relying on laughably inadequate means (like pragmatic arguments) as the tools with which we presume and pretend to defend the beautiful things He has made and defined with such loving clarity in His perfect, sufficient Word?

Why is our culture even now being allowed to accelerate its death spiral as it makes its final laps ’round the drain before finally sinking down into complete darkness, never to be seen or heard from again?

What purpose could there be in this?

What purpose could there be in the ongoing and apparently terminal rape and pillaging of a self-identified Christian culture by the forces of family, gender, and sexual chaos embodied in the LGBT movement?

Well, here’s a suggestion: Could it be that God is simply making plain the utter futility of striving to protect or preserve such fundamental things as family, gender, and marriage apart from simple, unaided reliance upon His perfect, sufficient Word?

Could it be that He is forcing us into either life-sustaining compliance with His Gospel-fueled Great Commission or life-ending rejection of it?

Could it be that He is forcing us to stand by grace in faith upon the sufficiency of His Word?

Could it be that He is forcing us to finally repent and believe in Him enough to set every other man-centered, marketable argument and approach aside and simply declare that “gay marriage” is a wicked, life- and culture-destroying farce BECAUSE GOD SAYS SO.

Because God says so.

Leaving us without excuse.

That is what Christians are commanded and equipped to proclaim and apply on this issue and every other.

What has God commanded?

What has He told us?

By what standard shall we live, if not by the Word of God?

The culture that embraces this question and answers it rightly will find true life, liberty, justice, peace, and prosperity.

The culture that rejects it will die a gruesome, pathetic death, no matter how many patriotic songs it sings or how many purdy flags it wraps itself in on its way down.

Because God is God.

To disregard Christ’s commands is to beg for His judgment and wrath (see: Psalm 2).

Wouldn’t it be nice if just 10% of professing Christians in America actually believed these things?

Wouldn’t it be great if we actually had the faith to stand against the rapists, pillagers, and paganized political/religious leaders who are encouraging us to do anything but embrace the everything-defining Gospel-fueled Great Commission as the real-world answer to the relentless assaults on marriage and family in America?

Wouldn’t it be sweet to see and hear Christians in America reject the “need” for anything but the Word of God to settle an issue?

Wouldn’t it be revolutionary (or, to be more precise, counterrevolutionary, since it is “We the People” who are currently rebelling against God) to witness American Christians faithfully proclaim and apply the beautiful truth that a thing like marriage is what it is because God has defined it as such.

That is the one and only message with any true hope of saving the concepts of family, marriage, and even gender from complete and total annihilation in America.

Nothing else will work.

Nothing else can save us, no matter what our favorite pagan and paganized politicians, pastors, and media mouthpieces may say to the contrary.

No matter how desperately these “experts” and “professionals” or any of their followers may wish that they lived in a world governed by something other than the Law of God, there is no such place anywhere in His creation. As such, marriage and family in America will live or die by the response given in America to the Gospel-fueled Great Commission.