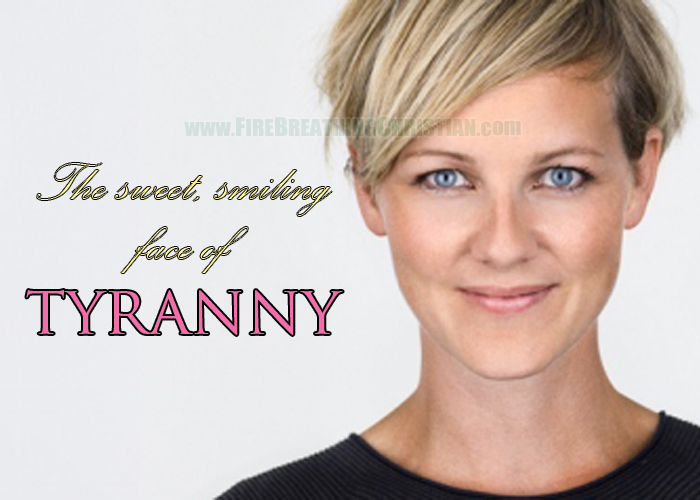 Advocates of centralized power are on a path.

They have a trajectory.

They’ve got ideas – all kinds of ideas about how to make our lives better…as they define “better”, of course.

Whether DC-based, London-based, or Brussels-based, they have clear-cut, long-term objectives in accordance with their worldview, which just happens to be a thoroughly satanic worldview that exalts the State to the position of God in practice. (For more on the very religious worldview of Statism, please read The Ten Commandments Of American Statism.)

They believe in Statism.

They believe in the indivisible political power of massive unions ruling over hundreds of millions of people – just like the indivisible power they encourage Americans to pledge personal allegiance to at the drop of a hat or the beginning of a sporting event.

They’ve been grooming and programming us for generations now so that we might get more and more comfortable with the centralization of power above us.

This programming has been a central mission of our State-run children’s schools, our Corporate-run pop culture, and even most of our State-certified, 501 (c)(3) licensed “pastors” (whether they realize it or not). For generation after generation, the forces of Statism have grown and grown in America, to the point now that to even critique things like American approaches to law, liberty, war and economics in light of Scripture is heresy.

Such activity is to be rendered unthinkable.

The America Idol and its many tools simply cannot be touched.

They are beyond question, much less criticism.

But it isn’t working out.

Not here in God’s creation.

Here on God’s earth – including the part of it currently known as America – each and every would be empire built on the satanic foundations propping up the American State right about now will ultimately fall.

God will ultimately bring them down.

And the means by which He has been pleased to accomplish His purposes is, often times, through His Spirit-filled people.

This is why God’s gift of decentralization – and the many tools He’s raising up so that His people can pursue it – is such an incredible blessing. This context should also help us to see why it’s so important to have an appreciation of both the time in which we’ve been placed and the tools which we have (and are about to be) given to advance His Kingdom even as evil wannabe empires sprout up and crash down all around us. (For more on the truly awe-inspiring coolness of the tools for decentralization that God is giving His people, please read Flying Taxis, Freedom, Prosperity, and Decentralization.)

In order to give us another glimpse into the satanic worldview fueling the many Statists operating in our Capitols, churches, schools, and media networks, let’s have a gander at a piece written by an influential Statist from across the pond.

In a nifty little piece titled Welcome to 2030 – I own nothing, have no privacy, and life has never been better, Ida Auken, a member of Parliament in Denmark, had the following to share as a sort of “vision of a possible future” kind of deal:

Of course, we can all assume that here and now in 2017 Ms. Auken surely owns lots of stuff.

We can also safely assume that the folks atop the effort to realize this kind of “utopia” plan on owning tons of stuff in 2030 and beyond.

“It might seem odd to you, but it makes perfect sense for us in this city. Everything you considered a product, has now become a service. We have access to transportation, accommodation, food and all the things we need in our daily lives. One by one all these things became free, so it ended up not making sense for us to own much.

First communication became digitized and free to everyone. Then, when clean energy became free, things started to move quickly. Transportation dropped dramatically in price. It made no sense for us to own cars anymore, because we could call a driverless vehicle or a flying car for longer journeys within minutes. We started transporting ourselves in a much more organized and coordinated way when public transport became easier, quicker and more convenient than the car. Now I can hardly believe that we accepted congestion and traffic jams, not to mention the air pollution from combustion engines. What were we thinking?”

Who needs thinking, right? (More on this later.)

And who does the organizing mentioned here, anyway? Who does the coordinating described by sweet little Miss Ida?

Who does the organizing, coordinating, and determining in Miss Ida’s Fantasy Land?

The enlightened elites who still own the stuff that everyone else is depending on, that’s who.

In our city we don’t pay any rent, because someone else is using our free space whenever we do not need it. My living room is used for business meetings when I am not there.

Once in awhile, I will choose to cook for myself. It is easy – the necessary kitchen equipment is delivered at my door within minutes. Since transport became free, we stopped having all those things stuffed into our home. Why keep a pasta-maker and a crepe cooker crammed into our cupboards? We can just order them when we need them.

Isn’t it interesting how every time these people talk about how this and that and every other thing is free, there follows invariably as an inescapable consequence the complete dependence of the “free stuff” receiving masses upon those providing (and owning) the supposedly free stuff in question?

This is one of the themes of the Statist scam: Convincing people that things like public schools, health care, and the like can or ever will be “free”.

“My biggest concern is all the people who do not live in our city. Those we lost on the way. Those who decided that it became too much, all this technology. Those who felt obsolete and useless when robots and AI took over big parts of our jobs. Those who got upset with the political system and turned against it. They live different kind of lives outside of the city. Some have formed little self-supplying communities. Others just stayed in the empty and abandoned houses in small 19th century villages.

Once in awhile I get annoyed about the fact that I have no real privacy. No where I can go and not be registered. I know that, somewhere, everything I do, think and dream of is recorded. I just hope that nobody will use it against me.

Americans don’t even care much about it now, as evidenced by the normalization of NSA/Police State surveillance the likes of which would make a Nazi Gestapo Chief weep with envy.  And this KGB-dwarfing enterprise operates openly now in a land loaded with people conditioned to sing about their great freedom. Amazing, is it not, what generations of State-guided “education” can accomplish?

And who needs to own stuff?

In America, we can’t even own our own homes outright.

The State owns them. All of them.

We are serfs. (For more on this, please read How “free public schools” make us all renters from the State.)

That’s the sad condition we’ve been purposefully led to through generations of increasingly Statist programming.

That’s why so many of us are now willing (and often quite eager) to keep right on marching toward the same sort of Orwellian nightmare that defines the vision of Ida Auken…so long as it’s wrapped in the red, white and blue of our favorite, and untouchable, idol.