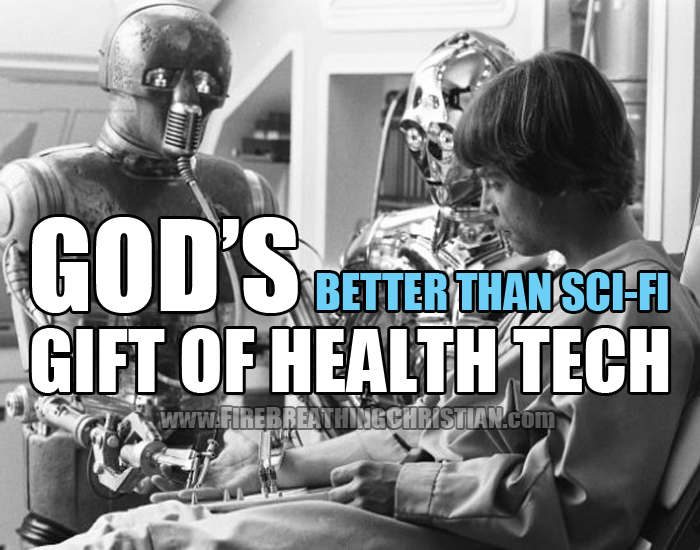 The means by which God often chooses to accomplish His purposes and bring glory to Himself often mystify, confuse, and even anger us. He frequently chooses to employ what seem to be very crude physical tools (all of which are His property to use as He sees fit, of course), the likes of which we wish He wouldn’t use for any number of reasons, including:

There are other reasons for our bucking and bristling at certain means that God uses to accomplish His goals on His schedule, but these are a few of the biggies.

God’s use of what the world views as “the foolishness of preaching the Gospel” as the means by which the Great Commission is to be advanced and the Kingdom of God is to be expanded in time and space offers a fine example of this seemingly “wrong” route to God’s perfect ends.

Why does God use such weak human vessels to carry forth His Gospel over thousands of years of time rather than just miracling His people over the finish line in a flash? Wouldn’t that be more fitting? Wouldn’t that demonstrate to a watching world a much more powerful God than the one who works slowly over time through profoundly flawed physical vessels?

The same God who has secured a perfect future for His people and His creation has also chosen the perfect means by which to get there.

Remember: God created, defines, owns, and is in the process of purifying His creation – all of it – by the power of the cross and Gospel-fueled Great Commission (see: Colossians 1:15-20). He owns and is perfectly using His creations of law, science, art, language, philosophy, and economics to accomplish His goals on His schedule.

They are His tools, all of them.

They are His property.

And they will be used perfectly by Him as means to the ends that He has ordained from before the foundation of the world.

Now, let’s take a moment to think a little about how medicine, medical science, and medical-related technologies fit into this worldview.

For many, the notion of med-tech that may radically improve or enhance life is, first and foremost, frightening. It scares them.

Because they’ve been conditioned to define things based on their potential for abuse.

They see people doing bad things with technology, and they label technology as bad.

They see people with very bad motives pursuing technology for various reasons, and they properly suspect that the bad motives driving those pursuits will likely result in negative consequences.

While noticing that that there are people with bad motives doing bad things with the tools at their disposal is important and valuable, allowing the bad motives or actions of others to negatively define the nature of any concept, tool, or goal that they may touch is very unwise, unproductive, destructive, and, most importantly, unbiblical.

The fact that there are many unrepentant rebels against God who wish to pursue medical tech that may radically lengthen or enhance their lives in no way makes the pursuit of radically improved, lengthened, or (properly) enhanced bodies an inherently evil thing. Quite the contrary: Helping others to overcome the ravages of disease or overcome limitations of, say, bad eyesight or lost hearing, is an approach to life that conforms quite well to a Christian worldview in action.

If we have the technology (and we do) to help blind people to see, this is a blessing from God. We should thank Him for it and thank Him for giving us the creativity, desire, resources, and knowledge to discover it.

The same goes for other medical techs, some of which are here and others are soon to come.

Helping someone to live longer in a much more healthy, productive state is a noble goal. The ability to realize that goal is, again, a blessing (or, actually, the culmination and combination of many blessings) from God.

There are good answers and bad answers to each of these questions. But the fact of bad answers in no way makes the good ones go away. Not at all.

We should want to be better able to help our neighbors, including the radical healing and/or improvement of their physical bodies, should God give us the tools to do so and the wisdom to pursue these improvements for the right (God-honoring) motives.

So let’s not fear technology. Let’s fear the Lord instead, while thanking Him for the many blessings of technology, including the purposeful challenge He’s given us to pursue and apply it rightly.

With that in mind, and hopefully a positive, thankful vibe in place where the subject of God’s gift of technology is concerned, consider the following article recently published by Sky News:

A quadriplegic man has had his right arm and hand brought back to life with the help of thought-control technology.

Bill Kochevar, 56, was paralysed below his shoulders in a cycling accident eight years ago but can now grasp and lift objects after having two pill-sized electrodes implanted in his brain.

The electrodes record the activity of brain neurons to generate signals that tell another device to stimulate muscles in the paralysed limb.

During trials held at Case Western Reserve University in Cleveland, Ohio, Mr Kochevar raised a mug of water to his lips and drank from a straw.

He also scooped forkfuls of mashed potato from a bowl.

Mr Kochevar, from Cleveland, said the technology was “better than I thought it would be”.

He said: “For somebody who’s been injured eight years and couldn’t move, being able to move just that little bit is awesome to me.”

The trials were part of the BrainGate2 study, which is exploring the safety and feasibility of using brain-computer interface systems to help people paralysed by spinal injuries.

In preparation, Mr Kochevar learned how to use his brain signals to move a virtual-reality arm on a computer screen.

After four months of practice, another 36 electrodes were implanted into his upper and lower right arm.

Pulses sent through the electrodes trigger muscles to regulate movement of the hand, wrist, arm, elbow and shoulder.

Mr Kochevar was fitted with a mobile support, which he also controls with his brain, to counterbalance the force of gravity.

The 56-year-old told researchers he was able to control the muscle activation system “without having to really concentrate hard at it”.

He is believed to be the first person in the world with quadriplegia to have arm and hand movement restored by two kinds of implant.

He said: “This is a major step toward restoring some independence.”