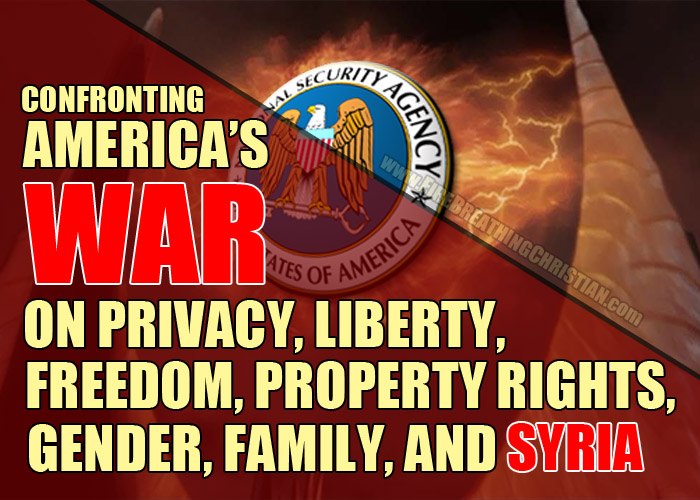 As we roll from last week’s story of the American Surveillance State spying on an American President-elect into this week’s story of the American Military Industrial Complex clawing its way to within talon’s grasp of securing yet another war on the other side of the planet, we are well served to note two primary attributes of the tyrannical nightmare state described in Orwell’s Nineteen Eighty-Four:

So please take a moment to stop and think biblically.

Stop waving your flag for just a sec.

Stop swimming in the raw sewage of Pagan Left/Right propaganda that dominates the culture and professional pagan media.

Instead, open your Bible.

Dive into the details.

See what God has clearly said about the role and limitations of the State.

See how God has defined reality for all of us, whether we like it or not.

See what His unbreakable Law says about how all things must function in order to persist in His creation.

Pray to Him for clarity.

Before we can confront and correct the coordinated efforts of the American Anti-Christian State, we have to recognize those efforts for the coordinated, destructive, and purposeful things that they are.