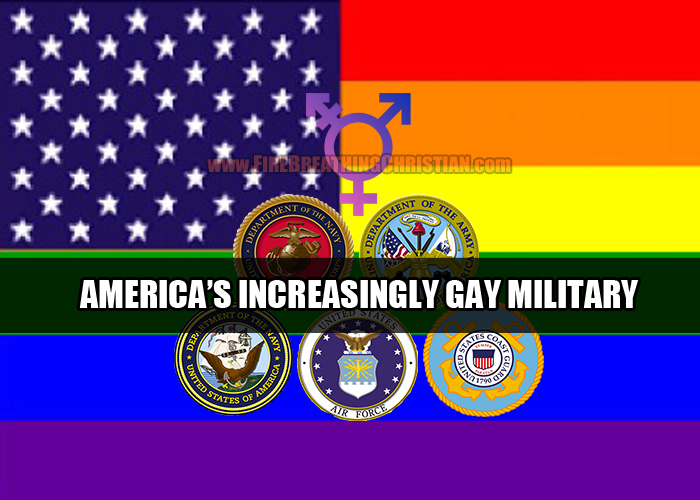 The formula is simple: Pride kills.

Those are the inescapable basics.

And yes, this applies to America.

So where are “We the People” in relation to the choice between suicidal pride and life-renewing repentance? Which fork in the road did we take and how far down the path to either destruction or restoration have we gone?

Consider the following from The Washington Times:

Conservative activists are expressing disappointment that the Trump administration is continuing President Obama’s sexual revolution agenda for the military by, among other moves, hosting an LGBT pride celebration on Monday at the Pentagon.

Mr. Obama began the special Pentagon event in 2012. The Defense Department sent out a memo on June 2 saying the tradition would continue and encouraging LGBT pride celebrations.

Social conservatives were hoping such official LGBT gatherings would be scaled back in favor of more talk about combat readiness, not constant social change within the ranks.

“The Trump administration should discontinue funding and directing personnel resources for special-interest events, including LGBT-Pride Month events in June, which do not strengthen military readiness,” said a statement by nearly 100 members of the Conservative Action Project.

Please note the particular concern of this “Conservative Action Project”: that celebrating gender and sexual chaos “does not strengthen military readiness”.

While it is obviously true that embracing LGBTQism is not a good thing for military readiness, what should we note and learn from here as to what pagan “conservatism” has to offer where the life or death of our culture is concerned? What does the Pagan Political Right have to offer in actual opposition to the Pagan Political Left?

We should know the answer to that one by now…but denial seems to be a thing in ‘Merica these days.

Denial of repentance before Him.

Denial of submission to Him.

All while clinging to pride.

They’re all blending together into a single blob of suicidal idiocy these days as the proud, unrepentant American culture makes its final circles ’round the drain.

May God grace America with brokenness, conviction, and repentance…while there is yet time.