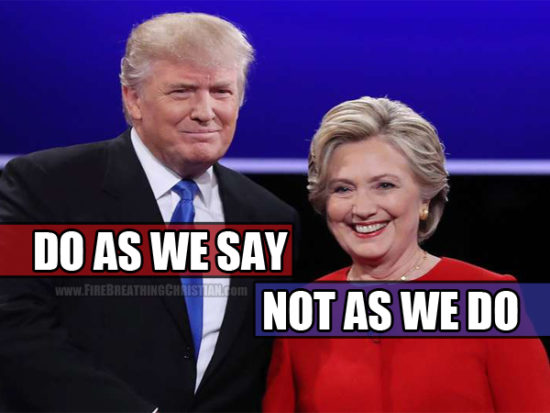 When someone says that we need to “keep politics out” of something, be it a football game or a recent tragedy, you can usually rest assured of one thing: A political agenda is afoot.

Sadly, we’ve been provided with many examples of this lately.

Then over on the other side of the Hypocrite Snowflake coin we have Leftists like Hillary yammering on about how in the wake of the recent mass shooting in Las Vegas we need to “put politics aside”…and pass more gun control measures.

So what’s the takeaway lesson here? What can we glean from the rank hypocrisy of self-serving Snowflakes on the Left and Right?

Many things, I’m sure, but one that stands out is: Beware the myth of neutrality.

When emotion-fueled zealots speak, they often do so from a place so insulated from reality that they imagine their positions on issues to be the default universal objective reality for all of creation. They’re often so deep in their bubble world fantasyland that they actually believe that singing a national anthem is not an inherently political activity. They think it’s “just what people do”.

Those who do realize it and spew their propaganda anyway are liars and deceivers.

On that note, we should all join in saying: Well done, public schools!

None of this would be possible without you…which is why you exist, of course. 😉