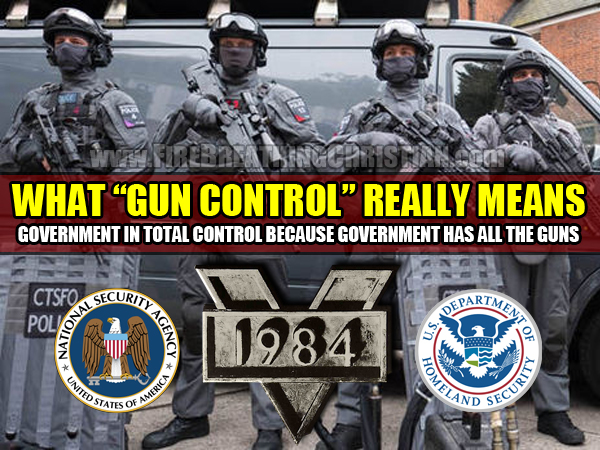 Let’s be clear about one thing: “Gun control” is not about the elimination of guns. It’s not about removing guns from the culture.

Please vote (and arm yourselves) accordingly.

For a brief video presentation on this same simple concept, please check out The Evil of Gun Control (1 Minute of Truth VIDEO).