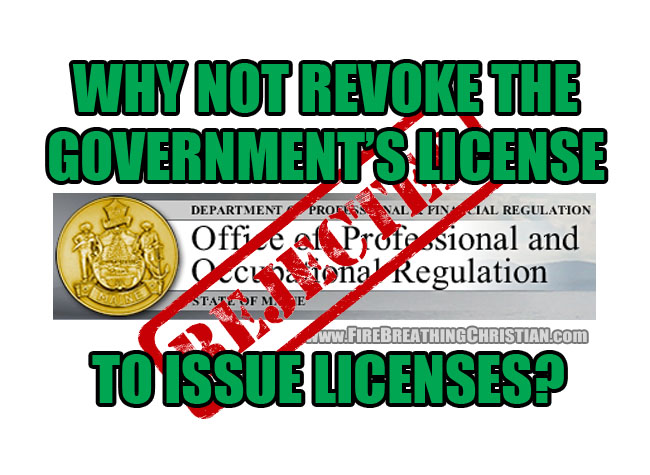 What could be more idiotic than the notion of requiring a professional to attain a license from the U.S. government in order to practice their craft in “the land of the free”?

And we should never give it that power again…even if it does one day learn the difference between a boy and a girl.