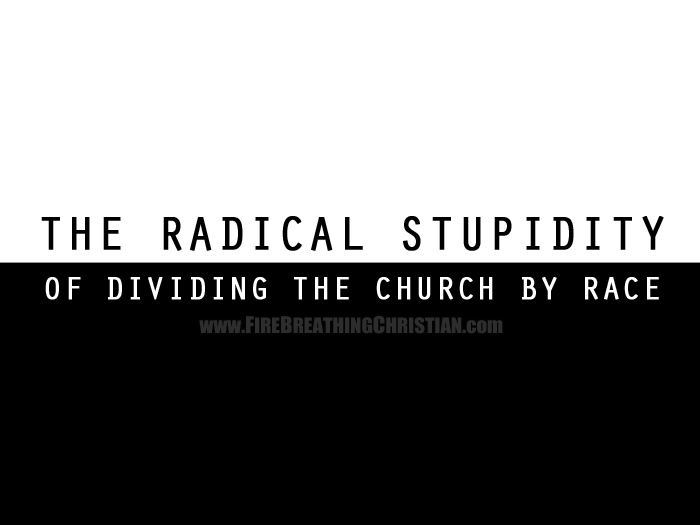 Two things we need to know as Social Justice Warriors of all kinds strive to advance the cause of Cultural Marxism throughout the land:

1. Critical Theory is a big deal right now, in both secular and Christian subcultures.

2. Critical Theory is not to be confused with critical thought. Truth be told, the two concepts could not be more distinct or more in opposition to one another, which should be an early clue as to the incredible danger Critical Theory represents.

Critical Theory is the means by which Cultural Marxism (which is just plain ol’ Marxism at its core) is systematically advanced according to the prescription of Communist intellectuals from the Frankfurt School. (I don’t have the time to elaborate on these elements here, but I hope to in the near future. In the meantime, please google or research “the Frankfurt School” and “Critical Theory” in order to get a better sense of their meaning and relevance to our current cultural implosion.)

As of late, there’s been a remarkable lurch toward open racism and dividing the church by race, ironically advocated by church leaders who are supposedly opposed to racism and wanting to bring unity to the church. Recent events like T4G and celebrations of Martin Luther King have signaled quite loudly and clearly that Critical Race Theory isn’t just for open Commies and stark-raving Leftists anymore. It’s now apparently for “conservative Christians”, too.

Critical Race Theory – a subset of Critical Theory – is the lens through which all of reality is to be viewed and understood for the purpose of dividing people into groups and pitting them against one another. By dividing people into groups and assigning those groups an “oppressor” or “oppressed” tag, perpetual agitation and warfare is assured and the potential divisions are, as you might have already guessed, infinite.

These days it tends to start with race, but already we see dozens of other “oppressor”/”oppressed” paradigms being deployed and used to great divide-and-conquer effect by Cultural Marxists aiming to deconstruct every institutional obstacle standing between them and their utopian fantasy vision of the future which, in reality, turns out to be an Orwellian hellhole of misery and despair the likes of which Orwell could scarcely have imagined even after writing 1984.

Critical Theory and its direct offspring, Critical Race Theory, are the means by which basic constructs like family and church are now being deconstructed and destroyed. “Oppressor”/”oppressed” categories are being used to label people as members of a particular group, elevate the significance of that group membership to a position of primary importance, and then pit said groups against one another based upon the aforementioned “oppressor”/”oppressed” group designations, promoting perpetual guilt and assuring perpetual strife all along the way.

The obsession with race (or, better put: the idolatry of race) in the case of Critical Race Theory is the great evil driving this particular flavor of Critical Theory.

Once you put the Critical Race Theory goggles on, everything you see is defined by the idolatry of race, with “race” itself often defined or understood in a fundamentally unbiblical way.

The creepiest (and saddest) part of our present moment in this unfolding drama is the way that many revered leaders from “conservative” (and even Reformed) Christian circles are actively promoting Critical Race Theory as the means by which everything – including the Gospel – is defined. Sadly, you don’t have to look hard to find such leaders (and their followers) happily sporting polished and proudly displayed Critical Race Theory goggles.

The way that Martin Luther King has been lauded and adored in recent weeks by many of these “leaders”, you’d think that he was something other than a marriage-mocking, wife-hating, perpetual whore-monger who denied basic essentials of biblical Christianity.

Nope, because he was and is a very popular black “preacher”, all o’ that stuff just gets swept aside.

But if you challenge any of the SJW/Cultural Marxism bent of these MLK-adoring folks, you’re probably a racist. (No grace for you!)

The Race Card is, for the moment, the calling card of this movement, the proponents of which play it early, often, and as hard as it needs to be played in order to shame all opposition into either submission or silence.

Every little bit of added power and recognized superiority over the members of another group is to be desired, right?

Which is why so many whipped, weak, and cowering “white people” are eager to use The Race Card in accordance with Critical Race Theory.

By towing the Critical Race Theory line, a white person can at least elevate themselves above those poor, inferior (and obviously racist) white people who dare deny the undeniable truth of CRT. This is classic Identity Politics, classic Critical Theory, and classic Cultural Marxism. The “Christian leaders” promoting these things are increasingly becoming like pimps and prostitutes to the SJW/Cultural Marxist wave that is at this moment destroying everything around us.

While Critical Race Theory divides and destroys on an epic scale in the broader American culture, a growing number of popular Christian leaders are fanning the flames of race-based division and destruction from within the heart of evangelicalism…all in the name of love, unity, and Jesus, of course.

Tellingly, the same deflective, emotion-driven approaches used by garden variety Marxists and Leftists for generations now have become the commonly deployed devices of professing Christians who brush aside or laugh away any association with Cultural Marxism or Neo-Marxism while religiously avoiding diving into those well defined terms and concepts in detail, lest the connection they’re trying to laugh off or emote away be revealed as the glaringly legitimate thing that it often is.

Dr. James White of Alpha & Omega Ministries recently did an excellent job of elaborating on these issues in a two hour installment of The Dividing Line (the video of which you can access by clicking here). I highly recommend it.

In addressing the current evangelical inclination toward both A) embracing Critical Race Theory in practice while B) emotionally deflecting/brushing off/joking away any serious connection that their approach may have to Critical Race Theory, White noted:

We do have to test all things in light of Scripture, including the significance of what we call race and the definitions of legitimate unity and true justice.

Dividing the church by race is, in a word, stupid.

Dangerous, destructive, and sad, too.

It inspires all manner of insanity, like the whitewashing and exaltation of Martin Luther King as a fine example of Christian manhood, for example.

We cannot play the SJW game and make it work.

We cannot put on the Critical Race Theory goggles and expect good things to follow.