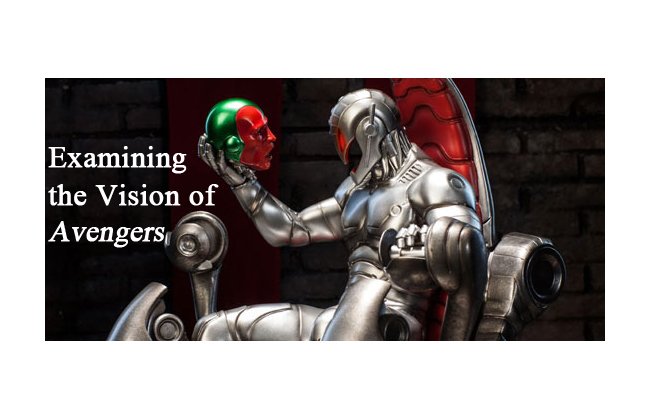 I was four when Star Wars happened and  changed my world. About a year and a half later, Superman: The Movie hit the scene escorted by the promotional tagline, “You’ll believe a man can fly.” It was a magical time.

From there, it was off to Battlestar Galactica, Buck Rogers, a reborn Star Trek and culture-shaping sequels like The Empire Strikes Back and Return of the Jedi.

A particularly magical moment in the late ’70s/early ’80s stretch came for me about six years after Christopher Reeves first took flight. It was during the summer of ’84 that one of my best friends made me an offer that I still to this day can hardly believe was real.

He was three years older than me and had been eyeing this cool butterfly knife that I’d gotten a few months earlier. It was pretty sweet; silver, shiny and sharp. A very cool item, indeed.

Before we move on, a little background info is in order:

Over the course of the previous few summers, this friend had loaned me his comic book collection, which was loaded mostly with now-classic installments from The Amazing Spider-man, The New Teen Titans, and The Uncanny X-Men. There were many other awe-strikingly supercool contributions as well, mostly from the Marvel Comics universe. It was an awesome collection. I spent many a summer day, evening and night in those early-80s summertimes trying to take in all that super-heroic awesomeness.

Now, back to the butterfly knife…

So it was a very beautiful thing, particularly to my friend, so one day at church he offered to trade to me his entire comic book collection for it.

Needless to say, this one of the least contemplated offers for anything that I’ve ever had in my life and I made the deal pretty much instantly. We were both happy and in that moment my comic collection radically multiplied in size, instantaneously filled with scores of favorites that I’d read, re-read, and re-re-read over the past few summers. I felt like I’d just bought Manhattan Island for a handful of beads.

This is the context in which I approach the modern age of relentless high-budget, high-end, high marketed comic book movie masterworks. The super hero films that now routinely dominate almost every season of every calendar year were, for me as a child, just a fantasy themselves. The dream of there ever being a solid, believable film rendition of a character like Wolverine or Thor, to say nothing of supergroups like the X-Men or Avengers, was just that: A dream.

But here we are, with comic book superhero masterpieces of the past finally finding their way onto the big screen in a remarkably realistic way.

Sure, there’s still a long way to go. We’re still finding our way here and figuring out how to better use (or not use) things like CGI, but those who would craft big screen renditions of super-heroic adventure now have access to tools that are nothing short of amazing…and getting better all the time.

This year’s featured super hero product and mega-hit of the summer, Avengers: Age of Ultron, gives us the super-heroic characters, fights, villainy, challenge and effects that we’ve come to expect. Another thing that it gives us, as all films do, is a worldview.

Every film conveys a worldview – a manner by which we understand and interact with the world around us – and Age of Ultron is certainly no exception.

Super hero mythology has a lot to offer: It tells us much about the way people view reality, including the nature of man, as well as the meaning of things like truth, justice, heroism, good and evil. Insofar as these views conform to the defining standard of all real reality, which is the Nature of God as revealed in His Word, then they are good and beneficial expressions of artistic and literary creativity. Insofar as they stray from, distort, or contradict the Nature of God, they are weak art and conduits for destructive worldviews.

There’s a lot about this that I hope to explore in great detail soon. I’ve got a good start on a book on this subject and hope to share some of the thoughts explored there in future posts here. Lord willing, I will have the time to finish the book and dive into those future posts here sometime in the not too crazy distant future. In the meantime, I’d like to touch on one of the big closing worldview statements made in Avengers: Age of Ultron.

[SPOILER ALERT – Please stop here if you don’t want to know anything about how Avengers: Age of Ultron unfolds…]

Ultron, an AI (artificial intelligence) construct enabled by Tony Stark (who is Iron Man, one of the Avengers) for the sake of protecting humanity (thereby freeing up folks like the Avengers to do other, more fun, stuff), decides pretty much out of the gate that he is instead going to…destroy humanity. Much mayhem, combat, cool comic lines and incredible special effects follow.

At the end of those many battles and excellent one liners, the final incarnation of Ultron stands on the verge of death, face to face with a new Avenger named The Vision. Ultron expresses his disappointment at The Vision’s naiveté and support of humanity’s struggle against its own “inevitable” annihilation. In response (and I am very much paraphrasing from memory here), The Vision explains that just because humanity is destined for some sort of oblivion, that doesn’t mean that humanity isn’t beautiful. The general vibe of The Vision’s point was, as I understood it anyway: Humanity may have its problems and even some very weaknesses, but it also has great beauty and virtue. Those virtues make mankind (and the path that it is taking) a good and beautiful thing, however finite and destined to fade away the whole enterprise may be in the end.

The Vision expressed that he honored to live with and fight alongside this humanity.

While such sentiment may have some merit in certain contexts (there is certainly unique beauty and value in all image-bearers of God, including the most broken ones), this notion of humanity’s “inevitable doom” is not something that we should let go unchallenged and uncorrected.

The Christian worldview offers so much more – and so much better – for a restored humanity born in the wake of Jesus Christ, the first fruit of the perfect, and supernaturally super-heroic eternal adventure to come. While those who persist in proud, unrepentant rebellion against Christ the King will indeed ultimately meet a fate defined by never-ending darkness, despair, and doom; those supernaturally transformed into New Creatures (and a New Humanity) in Christ by His grace through His Gospel will just as surely go on and on and on to ever-greater depths of beauty, growth, accomplishment and understanding as they adventure for eternity uncorrupted and unencumbered by sin and death.

“What no eye has seen, nor ear heard, nor the heart of man imagined, what God has prepared for those who love him” ~ 1 Corinthians 2:6-9

Eye has not seen, ear has not heard and the heart of man has not even imagined the wonders of a world without sin – a world in which vibrant, vivid beauty the likes of which are now unfathomable is on ever-increasing, ever-deepening display throughout His restored creation, awaiting our next sinless, grace-fueled, awestruck step into the next level of beauty and understanding…and the next…and the next…forevermore.

But “beauty and understanding” of what?

Through our unending sinless contemplation and exploration of His beauty on display throughout His creation, we will gain ever-increasing knowledge, appreciation and adoration of Him.

Our infinite God’s Nature on display through His creation will be the infinite source of our infinite adventure, infinite growth and infinite joy.

How’s that for a vision of the future?

Best of all: It’s not just “a vision” or a fantasy or a dream…it is the secured, assured and guaranteed reality of what is to come, all by His grace, all through His Gospel-fueled Great Commission, all for His glory, and all to the eternal benefit (and adventure) of His people.