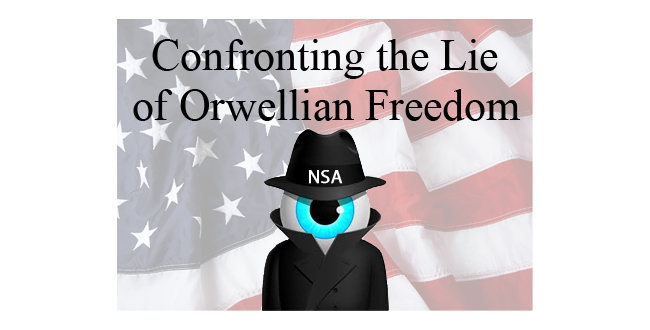 As National Journal reported this morning, After Over 10 Hours, Rand Paul Ends His NSA Filibuster. The article chronicled Senator Paul’s recent stand on the Senate floor in bold opposition to the Orwellian Surveillance State that has taken deep, diabolical root here in the “land of the free” and the home of the…you guessed it…NSA. (See: So the American State has to destroy our freedom in order to protect it? Oh yeah, that makes sense.)

“There comes a time in the history of nations when fear and complacency allow power to accumulate and liberty and privacy to suffer,” Paul started. “That time is now. And I will not let the Patriot Act, the most un-patriotic of acts, go unchallenged.”

Senator Paul’s stand is important. While he may not be approaching this and many other issues in the manner that many Christians would prefer, we ought to thank God for using Rand Paul this way in this moment. At the very least, he is bringing light (though perhaps not Light) and clarity to a critical, culture-shaping issue: Our concept of civil government in practice.

By taking this stand, Rand Paul has helped to remove blinders from some and convenient excuses from others. He’s also exposed the vast majority of “conservatives” on the Pagan Right as nothing better than Statists of a particular flavor that is quite appealing to tens of millions of professing conservative Christians in America (which is why the Pagan Right is arguably more dangerous than the more flagrantly satanic Pagan Left). See also: Confronting the Gay Orwellian Party: Dragging the Pagan Right out of the closet and into the light.

In doing these things, Senator Paul has set up a series of nice, slow, over-the-plate balls for Christians to hit out of the park again and again and again as we seek to engage this topic and shape the future of this land through our conversations and explicitly biblical approach to the nature of civil government in America and everywhere else.

What are the necessary responsibilities of civil government?

By what standard are we to define and apply the responsibilities and limitations of civil government? In detail, I mean. 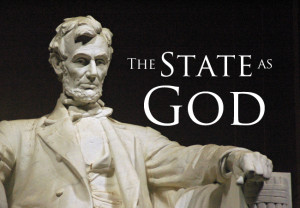 What are the distinct roles of Family, Church and State as lovingly (and quite clearly) defined by God in His perfect Word? (See: What does Jesus bring to politics, education, law, and economics?)

What are the consequences of allowing the State to invade the realm and co-opt the responsibilities of the Family? (See: Retarded by Design: The Mind Blowing Success of State-Controlled “Education”.)

What are the consequences of allowing the State to invade the realm and co-opt the responsibilities of the Church? (See: Are we all Socialist now? and Problem>Reaction>Solution – Why we will beg to have our freedoms taken away and go to war forever. )

By what standard have we been perfectly, lovingly and sufficiently equipped to avoid these and all other consequences of sin and rebellion against Christ the King?

We as Christians should see where this all leads.

Or, better yet, we should see most clearly to Whom this all leads.

…and we should run there, to Him, for every answer to every question of consequence while leading others to do the same.

This is our great opportunity in the wake of this particular Rand Paul moment.

So thank you, Senator Paul, not only for your stand against one of the most pernicious, destructive tentacles of the Beast of State that is wrapping and wrangling its way into every nook and cranny of our lives, but also for providing God’s people with a glowing, well-lit and wide-open opportunity to proclaim the beauty, power, and sufficiency of Christ as King in practice right here and now.