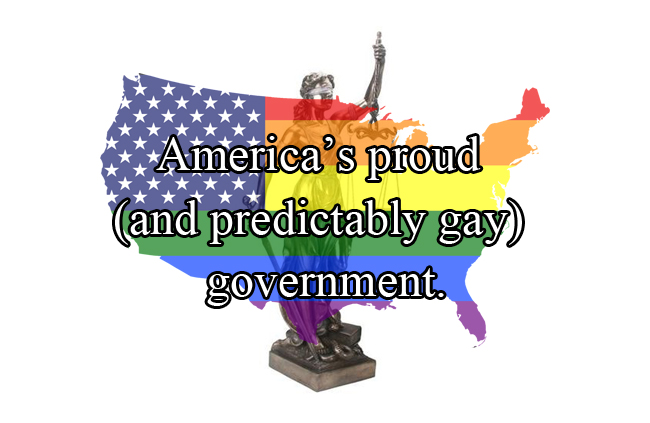 First, the good news: A decision has been made where the definition of marriage is concerned.

It is a right decision.

It is a good decision.

It is a loving decision.

Moreover, it is a perfectly right, good and loving decision.

It is unbreakable, immutable, inescapable and undeniable. Any who would try to break, mute, alter, deny or warp this decision can only break  themselves upon the unbreakable Word and verdict against which they seek to rebel.

Then the LORD God said, “It is not good that the man should be alone; I will make him a helper fit for him.” Now out of the ground the LORD God had formed every beast of the field and every bird of the heavens and brought them to the man to see what he would call them. And whatever the man called every living creature, that was its name. The man gave names to all livestock and to the birds of the heavens and to every beast of the field. But for Adam there was not found a helper fit for him. So the LORD God caused a deep sleep to fall upon the man, and while he slept took one of his ribs and closed up its place with flesh. And the rib that the LORD God had taken from the man he made into a woman and brought her to the man. Then the man said,

“This at last is bone of my bones
and flesh of my flesh;
she shall be called Woman,
because she was taken out of Man.”

Therefore a man shall leave his father and his mother and hold fast to his wife, and they shall become one flesh. ~ Genesis 2:18-24

Now for the bad news: America is proudly determined and suicidally committed to breaking itself in the aforementioned manner.

One of the more curious aspects of this insanity is the “surprise” expressed by many as to how (oh how!) could things have gotten this crazy bad so quickly in America?

Sprinkled in, on, and all around these proclamations of stunned incredulity are implications and assumptions as to America being something resembling a “Christian culture” that should, by definition, not be experiencing the rapid rot and collapse into rank perversion that we see all around us. But here we are…all rotted out and getting more rank by the minute.

And “how?”, we repeatedly ask.

I used to be one of those claiming to wonder about such things and asking such questions, so I know the feeling. I know the game.

It’s a game rooted in denial and the selective application of standards, which is another way of saying the denial of coherent, consistent standards.

If we’d just be honest and consistent, we’d need spend only a few seconds “wondering” about “how it is that it came to be this bad” in America.

I mean, if we are going to toss Scripture right out the window as our basis for the pursuit of knowledge (also known as “education”), then why would we expect it to remain rigidly in place and embraced as the basis for understanding sexuality?

If we’re gonna ditch the Word on economics and business, then why would we expect it to be held tight and close when it comes to defining gender and family?

If we’re going to set aside the Word of God as the binding standard for law and civil government in detail, then why would we expect it to be the unquestioned standard in defining marriage?

See the rank inconsistency at the root of our rank situation?

So thanks to our selective separation of the Word as our standard in the places that we don’t want it to rule – like law, economics, and children’s education – we have set the precedent by which any realm or area of life may be openly separated from the Nature of God as revealed in His Word and pursued as such in the name of All-American “freedom” and “liberty”.

See how this selective application of God’s Word works? Or doesn’t?

Once we denied that His exclusive Nature was the essential core of all things – including law, education, economics and everything else, we started down a path that would inevitably lead to the perpetual redefinition of all things to the point that they are effectively disintegrated and removed from any meaningful relationship to reality.

What began by redefining the one true God of Scripture into a vague, watery, wishy-washy god who actually grants the “right” to worship false gods, has now taken its natural course in redefining everything below God, which is another way of saying “everything”.

This is why now in America concepts like secular “conservatism” are openly associated with the defense and preservation of such overtly Marxist concepts as public schools and Social Security.

One recent reminder of what Pagan Right American “conservatism” routinely produces these days came this week by way of The New York Times.

The court has issued liberal decisions in 54 percent of the cases in which it had announced decisions as of June 22, according to the Supreme Court Database, using a widely accepted standard developed by political scientists. If that trend holds, the final percentage could rival the highest since the era of the notably liberal court of the 1950s and 1960s led by Chief Justice Earl Warren. The closest contenders are the previous term and the one that started in 2004 and ended with the announcement of Justice Sandra Day O’Connor’s retirement.

This left swing of the “conservative” court is being noted in the same week that the Pagan Right helped push through ObamaTrade, further confirming the already glaringly obvious reality that the Pagan Right and Pagan Left are two heads of the same dragon. Or two wings. Whichever; take your pick. (See: Republican enabled ObamaTrade: Now *that’s* Progressive! and How to Kill the Two-Headed Dragon (Before it Finishes Killing Us).)

Last week in Waiting for the “Supreme Court” to break the ice beneath our feet we noted the many great opportunities that we have in every moment given us by the grace of God in situations such as this.

With every click of the “Supreme Court” decision countdown clock, we’ve been graced with critical opportunities to study and stand upon His Word so that as this culture continues its proud, defiant descent into disintegration and darkness, we might be true salt and light.

As this latest in a long line of formal, official American assaults on the nature of God as revealed in His institution of marriage is unveiled, we have the duty, obligation and honor of standing firm, without fear and filled with hope, knowing that He has each and every one of us exactly where and when He wants us, and that whatever the intent of His enemies, this will all resound to His glory and the eternal benefit of His people (See: Romans 8:28).