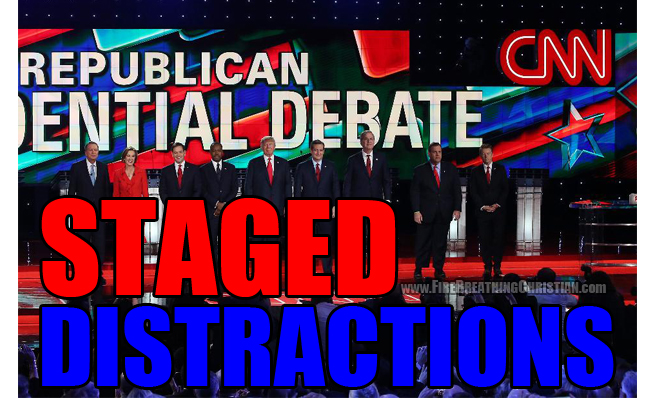 Before I get into this, lemme make something plain: I love politics. I’ve been interested in politics since I can remember being able to remember.

And there’s nothing wrong with that.

That’s what politics are here in the real “real world” – a world that Christ created, owns, sustains, defines, and calls His people by His grace through His Spirit to subject entirely to His will (see: 2 Corinthians 10:5).

It is in this context and in the wake of last night’s installment of The American Political Puppet Show (the GOP “debate”) that I thought it might help to consider some questions as we wrestle as Christians with the political realm here and now in America.

I’m not aiming to present answers to the questions here in this post. I’d just like to encourage each of us to consider them, pray over them, and seek the will of the Lord as revealed in His Word as it relates to them.

That said, here we go…