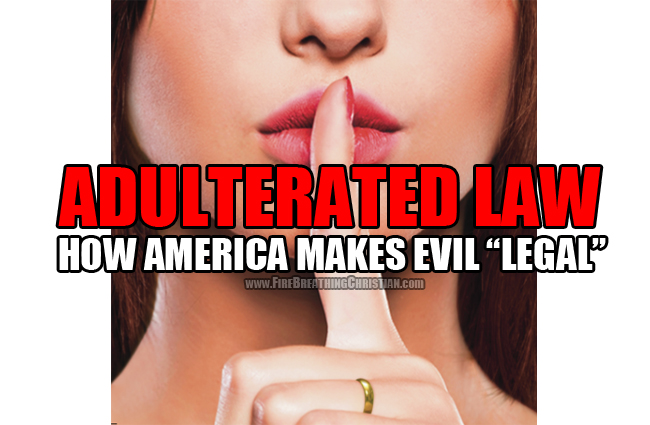 Just how nutty and desperate to “work around” the clear, detailed, and unbreakable Nature of God as revealed in His Word have we become? (See also: Why is Ashley Madison “legal” in America?)

What kind of insane, inane, suicidally stupid contortions will “conservative” (and often professing Christian) “lawmakers” and their “conservative Christian” supporters be forced to pursue as they strive to have anything but the Law of God to rule over them in detail?

Well, howsabout this for an answer:

In the latest of what sure feels like a relentlessly increasing barrage of “if you don’t laugh, you’ll cry” revelations concerning the way that “We the People” have chosen to pursue law and government, CNBC is reporting (along with many others) that there’s a new bill being considered in the American Bible Belt State of Missouri that would “legally” define sex acts between politicians and lobbyists as “gifts”.

Here’s how CNBC reported on this gem of a legislative, um, proposition:

Lobbyists in Missouri who have sex with state lawmakers or their aides would have to disclose that activity to the state ethics commission, under a bill introduced this week by a Republican state representative.

The measure, pushed by Rep. Bart Korman, defines sexual relations between lawmakers and lobbyists as a “gift” to be reported on the disclosure forms that lobbyists file on a monthly basis. The bill does not assign a “dollar valuation” to the gift of sex.

The article then closes with the following parenthetical:

(By the way, the bill excludes the gift-reporting requirement for lobbyists and lawmakers who are married or already were dating before they held their respective jobs.)

‘Cause, you know, as long as they’re dating…

Who says professing “conservative Christians” can’t prostitute God’s Law with the best of ’em? (See: Presuppositional Law: Where we begin with law determines where we end.)

Do not be deceived: God is not mocked, for whatever one sows, that will he also reap.