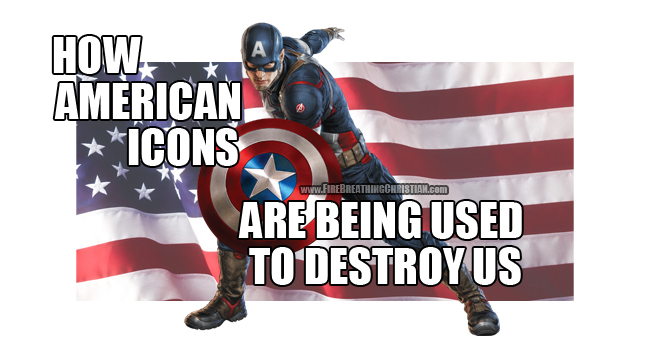 Disney, the culture-moving power behind such franchises as Star Wars and Marvel (Comics) Studios, is one of many major American corporate players in the move to ease us into a brave new America defined by American, rather than biblical, concepts of truth, justice, freedom, love, family and liberty. As such, the latest move made by The Magic Kingdom against the Kingdom of Christ should come as no surprise.

In response to Georgia’s proposed “anti-gay bill” that could potentially be signed into law soon, Walt Disney Studios threatened to leave the state for its production needs should such an action take place.

The officially titled “Free Exercise Protection Act” would offer protection to faith-based organizations that refuse to provide services that they say violate their beliefs, including same-sex marriages. Critics say the bill would allow for legally sanctioned discrimination in the state.

“Disney and Marvel are inclusive companies, and although we have had great experiences filming in Georgia, we will plan to take our business elsewhere should any legislation allowing discriminatory practices be signed into state law,” said a spokesman for the studio.

Disney, long at the forefront of supporting LGBT employees and issues, would put a substantial dent in Georgia’s entertainment economy by leaving, since many recent films from Marvel, which Disney owns, have shot in and around Atlanta. Pinewood Studios outside Atlanta, for example, has served as the site for Ant-Man, the upcoming Captain America: Civil War and Guardians of the Galaxy 2.

So much for tolerance…of a Christian worldview, anyway.

The use of American icons to promote satanic causes is nothing new. The “pledge of pllegiance” taken on cue by tens of millions of Americans daily at sporting events and in State-run Temples of Statism (public schools) was itself written by a Socialist in the late 1800s in order to help sell flags to State-run schools…but don’t expect that to matter much to a “good ol’ American conservative” eager to demonstrate fidelity to the indivisible power of the State before a football game. After generations of State-run “education” and immersion in the religion of American Statism, even the most supposedly conservative among us are almost always default Socialists in practice (see: Social Security, Medicare, public schools, etc.).

So get ready for Captain America to be putting his muscle behind the LGBTQRS(…) movement more and more boldly as American Corporations succeed in moving us further and further away from the Kingdom of God and into the Magical Kingdom of American “Freedom”.